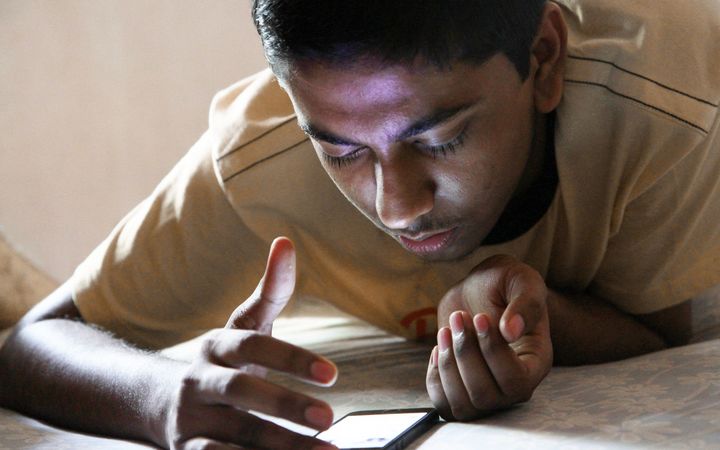 Apps like Instagram and Snapchat can be a positive place for young people to connect with their friends, get news and share ideas, but also daunting and unsafe.

What role should parents play in their kids' social media worlds?

Devorah Heitner says it's important to lead by example, be curious and make sure your kid knows you’re on their side.

Turn your own phone off or put it in a drawer sometimes.

Refrain from texting kids while they’re at school if you can.

Ask for their permission before you share their image online.

“It gives them veto power, and we want them to have veto power to understand that they can have a boundary and say no to a friend sharing their images. We want them to think of it as a social norm to ask before they share their friend’s pictures.”

Be open to their questions about who you’re connected to on social media.

“It’s great for them to be asking ‘What’s your criteria? Why might you have started to unfollow someone you knew back in secondary school? Why don’t you connect on social media with everyone you work with?”

Ask them about the rules their friend group has for social media.

“Are they different for girls and boys? Have they changed? What are the kinds of things you would be shocked if another kid did? What are the things you’ve heard people criticise one another for doing?”

(Then you can choose to affirm or intervene, as necessary.)

Ensure younger children don’t have followers that you don’t know.

“In what world would your seven year old otherwise be connecting with someone his or her parents don’t know?”

Sexting isn’t going away so don’t be in denial about it.

Parents need to drop some of the horror and stigma as this can make shame worse and isolate the child, Heitner says.

“If kids make a decision to do this in a consensual relationship it is very difference to someone coercing them.”

Let your child know that if they feel unsafe they can say something like ‘My mum looks at my phone. You can’t say that to me, I’ll get in trouble’.

“That’s a great thing for a kid to have in their back pocket when they’re young because they may not be assertive enough to stand up and say ‘I don’t like what you’re saying’.

This is “lazy parenting” Heitner says. “Mentoring is more work than monitoring.”