As guitarist in The Smiths, Johnny Marr was in one of the biggest bands of the early 1980s in his early 20s, Since then he has forged a formidable musical career, forming Electronic with New Order's Bernard Sumner, a number 1 US album with Modest Mouse, a member of The Cribs and playing with Talking Heads.

He has written a book Set the Boy Free.

He told Wallace Chapman about his musical apprenticeship in various Manchester bands before he decided to form The Smiths.

"There's a thing about second cities so Manchester has a similar dynamic and relationship to London as Melbourne does to Sydney and as Portland does to Seattle.

"In my experience the creative people from Manchester and Melbourne like that they have that remove from the capital or the centre of where the media's at, it gives you a feeling of separation."

He says by the time he was in his late teens he was a seasoned performer and by then had a clear idea of the kind of music he wanted to make. 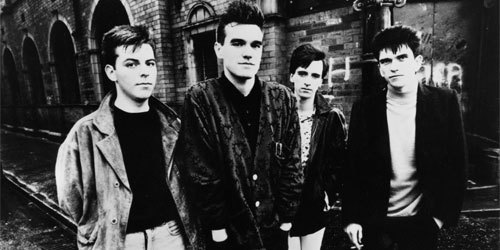 The Smiths circa 1986. Photo: wikicommons

"By 18 I had quite a strong vision of the kind of band I wanted to form, but knew I didn't want to front it, I was looking for a front man who was a songwriting partner.

"I had a very strong fascination with Lieber and Stoller which was quite an unusual influence at that time, also I wanted to cross the song writing of the Brill Building with the image and set up of the early Rolling Stones - so I was looking for my kind of Jagger."

That frontman was to be Steven Patrick Morrissey. He knew of Morrissey by reputation.

"I remembered a couple of my older friends had been in this band with a guy named Steven Morrissey and that he took his work seriously... I found his address and went and knocked on his door.

"He and I stood in his bedroom and I said I'm forming a band I think it's going to be pretty good do you want to be the singer?"

The two hit it off straight away, Marr says.

"I'm glad that one of the many opportunities in telling my life story is to share that with people and put the story straight, because there's been such a little industry over the last thirty years, people making money off the back of The Smiths with this narrative of neurosis and negativity."

In the early days of the band Marr took on the role of manager, but when the band took off that became untenable and led to tensions with his band mates.

"No one in their right mind would think the 23 year old guitar player should be managing one of the biggest rock bands in the world. That's what happened, but the rest of the band wanted me to continue to look after the band as I had in the early days - it just was untenable. I didn't want to be meeting with lawyers all the time." 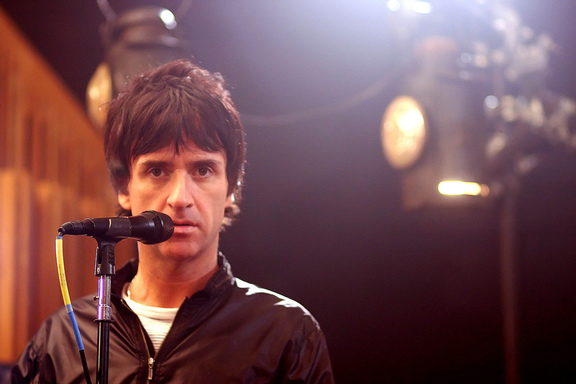 When The Smiths broke up Marr was only 23 and had a string of classic songs to his name.

He told Wallace Chapman songwriting for him was often hard work, but there where times when it all came together quickly as was the case with 'This Charming Man'.

"My homework was to write a new song because we were doing the John Peel show. My label mates Aztec Camera were getting radio play when we weren't. Their songs were much more upbeat, at that time our songs were a little bit more sombre, were all in a minor key.

"It was a sunny day and I had a vibe going and this song kind of came through the window. The first thing that happened was the riff and off I went. I look back on those moments of inspiration with absolute wonder and awe."

Marr says if he had to pick one Smiths song it would be 'Last Night I Dreamt That Somebody Loved Me'.

"When we made it I really listened to it like it was done by somebody else, and I just couldn't believe how good it was. It typifies all the strengths of the group as individual band members and what we sounded like as a collective. It does sound like the drama of our lives."