The new culture of narcissism 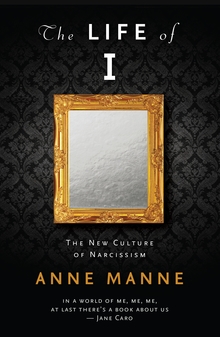 It doesn’t take much convincing to see the world is increasingly focussed on the self. Wherever you turn it appears at least to be a self-absorbed society, oversharing on Facebook and Twitter… but how does that cross over to the world of narcissism?

Writer Anne Manne in her new book The Life of I - The New Culture of Narcissism looks at narcissism in the pursuit of fame and our obsession with ‘making it’. It examines the deeper roots how a narcissistic character type is being fuelled by a cult of the self.

She joins Wallace to explore this new culture that celebrates the 'I' - a culture that helps create narcissists such as Anders Breivik.

Tom Wolfe wrote ‘The me decade’ in 1976, which labelled baby boomers as the most ludicrous, self-absorbed and spoiled generation in the history of mankind, so what, Anne, is different now?

It turns out that it was just the beginning of the narcissistic era. Since 1979, scholars have found that narcissism has increased by about 30 percent from 1979 to the 2000s. It increased the most during the 2000s. They showed that these youngsters were becoming more narcissistic, rather than less.

So is narcissism an epidemic?

I would certainly say that is in on the increase. Because narcissism is such an obnoxious quality, it is worth thinking about if it is becoming much more common.

I probably should just define narcissism. A lot of people think it is an excess of selfishness or egotism, but it is much more than that. It is actually a whole personality that rests on a form of emotional regulation, such that they are always constructing a self, as if it is kind of on quicksand. So they’re always looking for admiration.

They react extremely negatively to criticism. They can become quite rage-filled. Studies have found that if someone with higher levels of narcissism is criticised, in a laboratory experiment, they will actually be more willing to give a blast of very loud noise or even an electric shock.

It is a condition that means that the person is quite grandiose. But the grandiosity, the grand ideas about the self is not born out of reality. So this is not a Nobel Prize winner who actually has some reason to think quite well of themselves, this is a person who probably has quite a bit to be modest about.

One of your definitions of narcissism in the book says that narcissists hog the conversational limelight, making little or no room for others. The inability to listen to others does seem quite common these days!

Yes, well I’m sure all of us have experienced a situation where you say, 'I’m just back from New Zealand' and someone says, 'Let me tell you about my holiday there,' and off they go. It’s actually called conversational narcissism, where conversation is just used as a source of supply of narcissistic adulation, where the conversation is really just serving the needs of one person. I always had this policy, after doing all of this research, when I go out to dinner, that my plate is not emptying much less quickly than my companion, because what that means is if we are eating at roughly the same rate…

Is narcissism a recognisable psychological trait? Can you be diagnosed with narcissism disorder?

Yes. It really is on a continuum. A lot of psychologists think that everyone has a degree of narcissism in us and we actually need that to make sure we’re not down trodden or pushed aside. You need a healthy sense of self.

I actually argue in my book that we shouldn’t use the word healthy narcissism, we should instead use concepts like self-confidence or self-respect or self-efficacy. Something where there is enough of a sense of self that you are not a pushover in the circumstances where you really shouldn’t allow yourself to be exploited. So everyone needs some sense of self.

But in narcissism it goes through a continuum to being higher in narcissism, but still sub-clinical as you might call it. In those cases, people are in the wider community and operating perfectly well, but they are just unpleasant characters to be around.

It goes all the way to people who have a real clinical disorder called the Narcissistic Personality Disorder and that is marked by extreme forms of a desire for attention, grandiosity, lack of empathy, sense of entitlement, a willingness to exploit others and so often a sense of fragility, so that underneath the narcissism is quite an unstable sense of self or self-esteem, so the person is quite brittle and can be easily ashamed and that is when they begin to lash out in rage. There is the grandiosity on the surface, but there can be underneath an underlying fragility or vulnerability and a panic where they are really worth as much as they say.