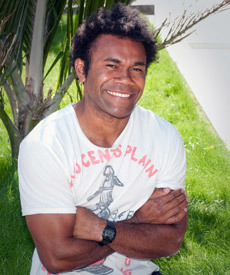 Pala Molisa is the son of two of the leading lights of Vanuatu's independence movement, he represented Vanuatu in weightlifting at the Commonwealth Games, and he's an advocate of a radical new accountancy that brings a whole raft of social indicators to your typical balance sheet.

Wallace Chapman asks him how his parents' activisim and the Vanuatu independence struggle has influenced his ideas: