Dr Natalia D'Souza is one of three academics who worked to update the ground-breaking book written by the late Andrea Needham. They've revised and edited her work, Workplace Bullying: A Costly Business Phenomenon to include the many new ways in which people are targeted through devices and online. Dr D'Souza speaks to Jim about the ways bullying in the workplace can be dealt with and how good leaders could be trained to effectively deal with the problem which is showing no signs of slowing down.

This week on our parliamentary programme - a briefing on women in conflict, feeding the hand that bites, and an MP's farewell. 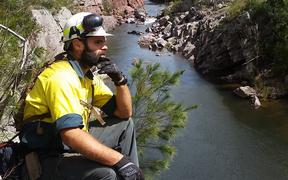 In what is a first for the Calling Home segment, we're heading across the ditch to rural Victoria this week, where we're joined by Auckland-born and bred firefighter Tom 'Hop' Hopkins. The 32-year-old is coming to the end of his fourth fire season in Victoria, and is working with the Department of Environment, Land, Water and Planning as part of a remote fire rappel crew, with a lot of his time spent in the stunning forests and mountains of The Great Alpine Divide. It's tough and sometimes dangerous work, but Hopkins is very much of the opinion that it's all character-building stuff. He joins Jim to discuss the work he does, Victoria's obsession with AFL culture, and why everyone in Australia has nicknames. 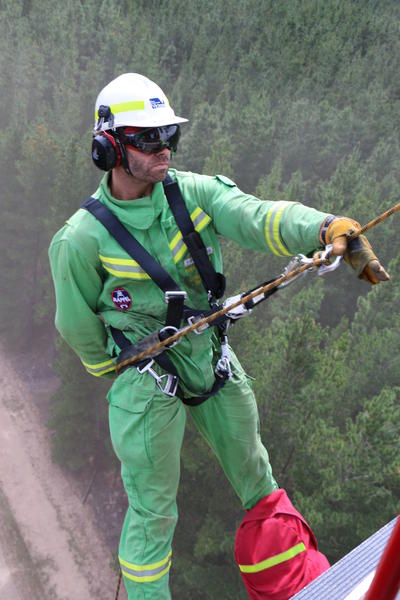 Tom Hopkins hanging off the side of a helicopter 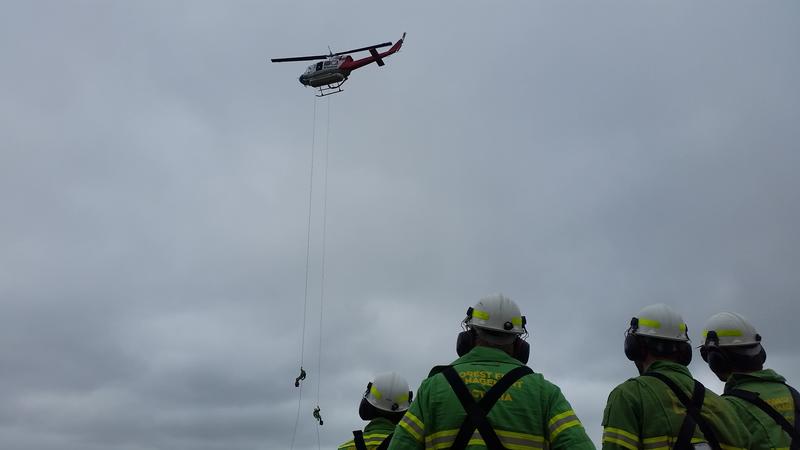 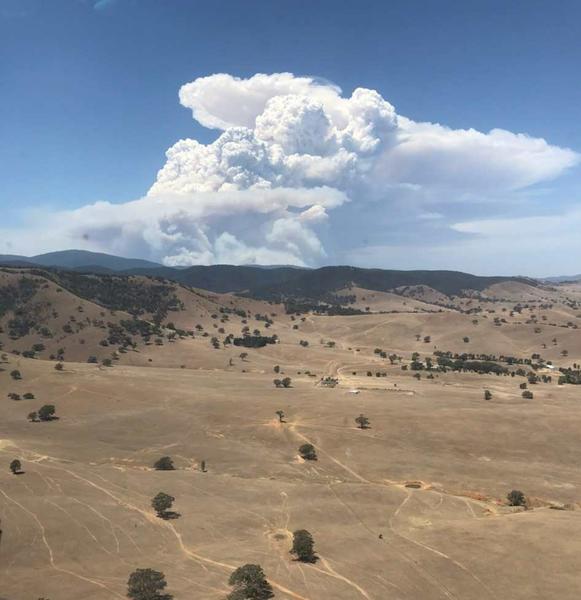 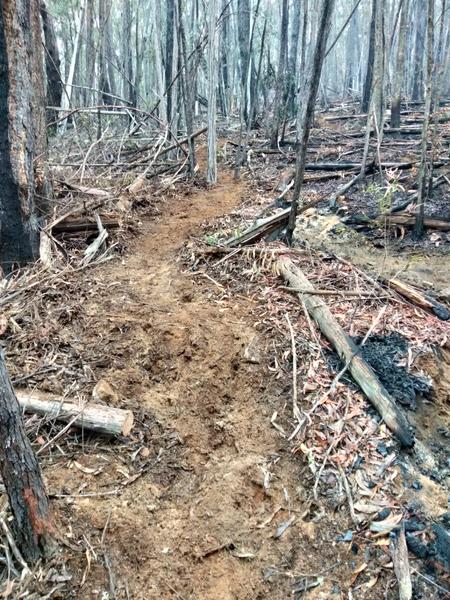 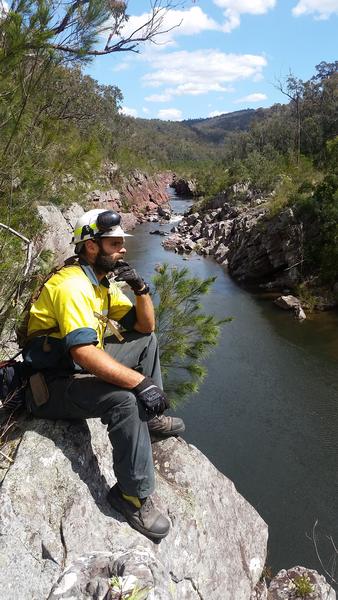 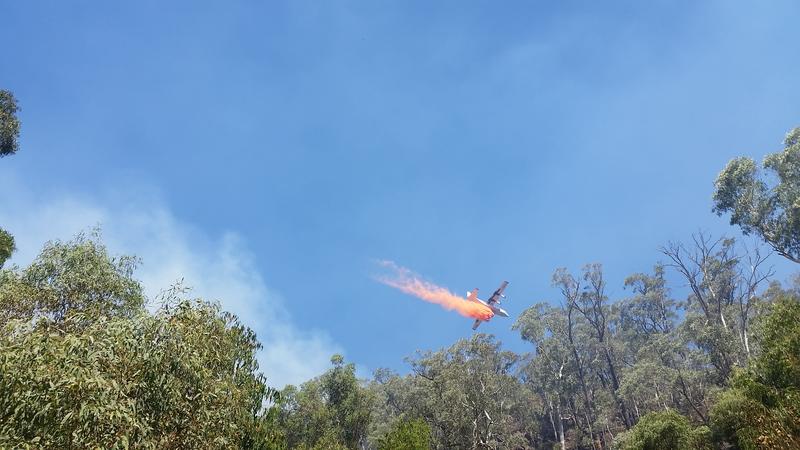 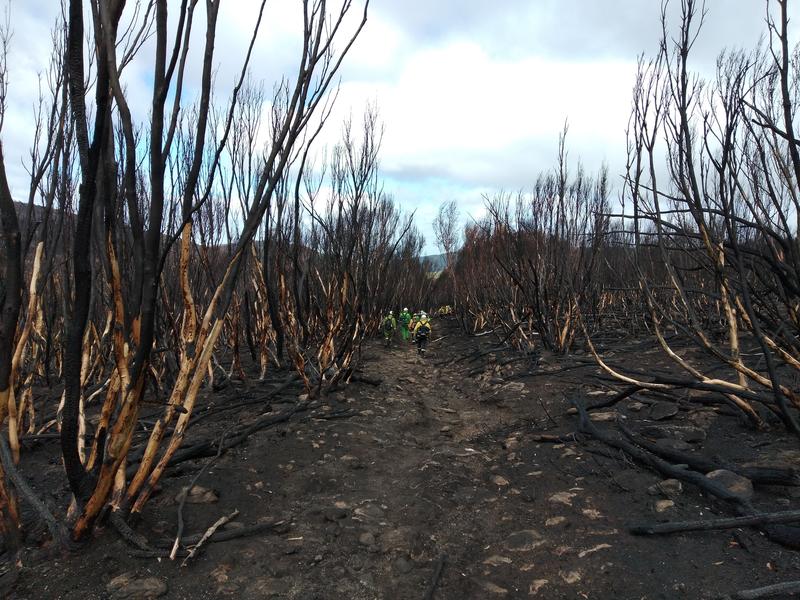 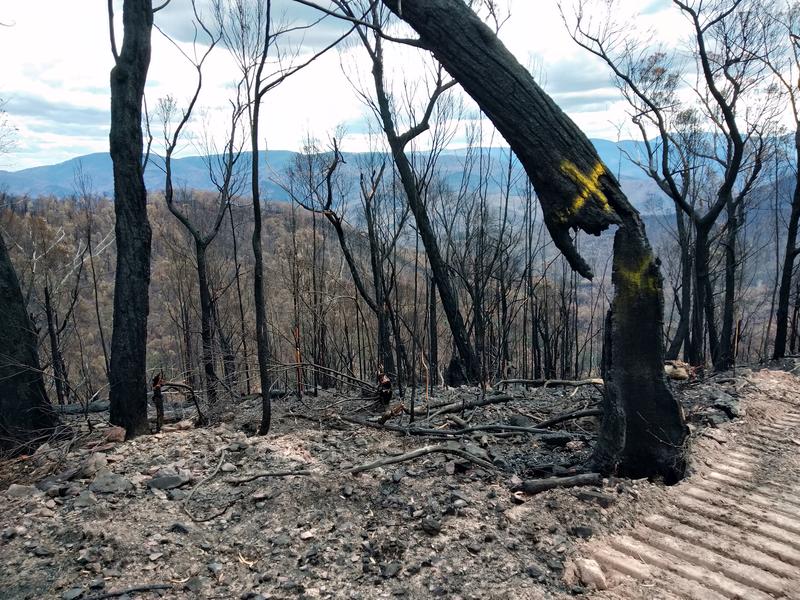 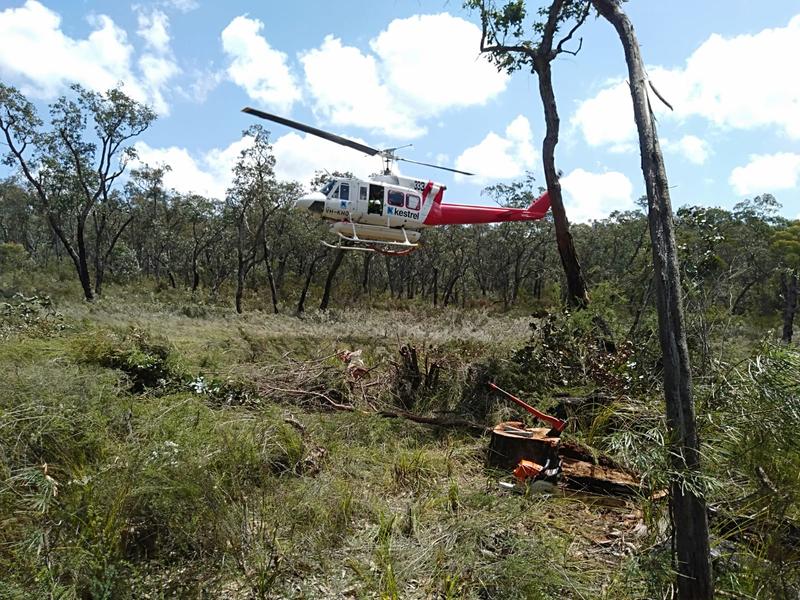 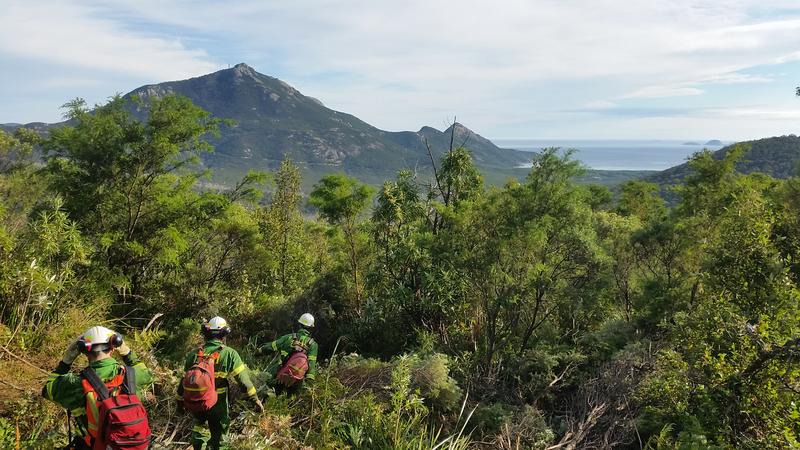 Walk Out on Wilson's Promontory NP 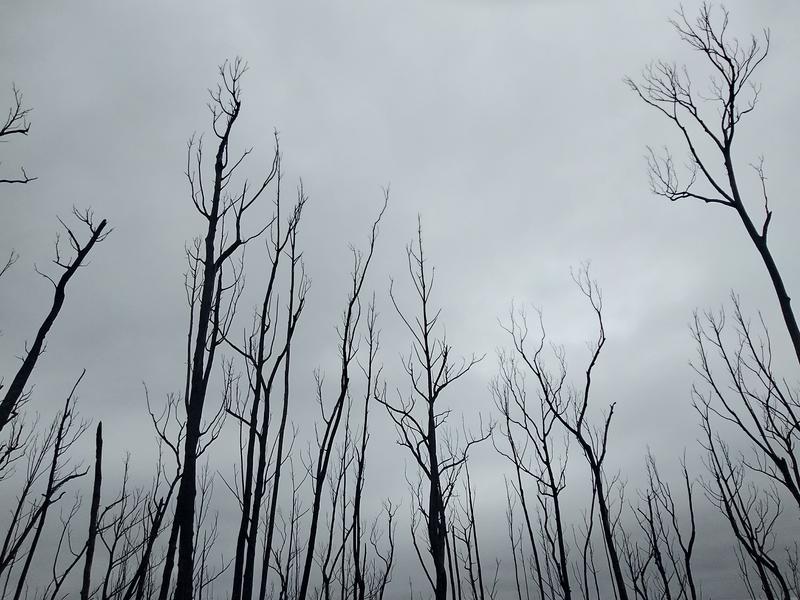 8:10 Insight : Anonymity on the internet and fighting extremism 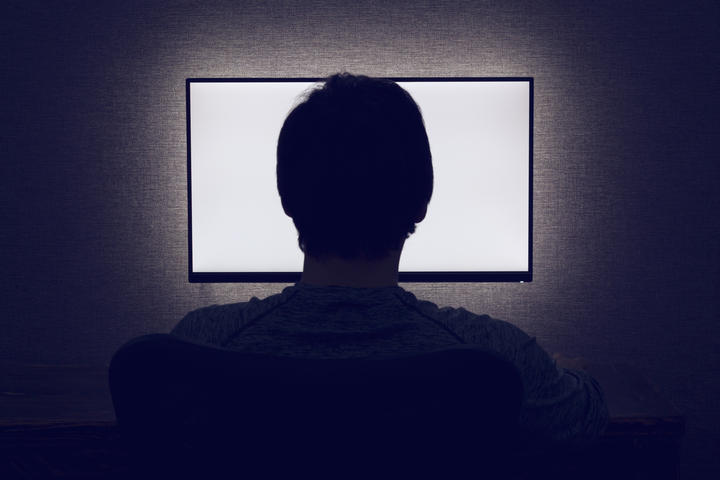 The internet has helped those wanting to spread extremism and in the wake of the Christchurch terrorist attacks anonymous forums have come under scrutiny. Max Towle investigates whether closer surveillance is the answer or whether free online discussion should be protected.

It's not often you get rewarded for sitting down and doing nothing for hours on end, but in the case of Mohammed Ali, sitting down and taking it easy (in this case, for more than three days straight) has seen the Nadi man win a new house worth $60k and claim an unofficial world record. Ali, who works for Douglas Pharmaceuticals in Fiji, claimed the prize after outlasting 19 other competitors in the Bum Mein Hai Dum competition, which was hosted by Hindi radio station, Mirchi FM. Jim caught up with Ali to find out how he managed to summon the courage and determination to remained seated for 77 hours and 34 minutes, despite the entire experience being a literal pain in the backside.

8:45 Ian Smith: Making origami comedy and taking inspiration from the town of Goole

Multi award-winning English comedian Ian Smith certainly profited from his debut appearance at the New Zealand International Comedy Festival last year, winning over local crowds and getting some great new material about a strange appearance he had at the glowworm caves in Waitomo. The Edinburgh Fringe Festival favourite, who hails from the wonderfully-named town of Goole, is back at the festival with his critically acclaimed fifth solo show, Craft, a multimedia stand-up show about indecision and, at long last, origami. He's with us to look at his New Zealand shows and the seemingly endless material he is able to garner simply because he is from a place called Goole. 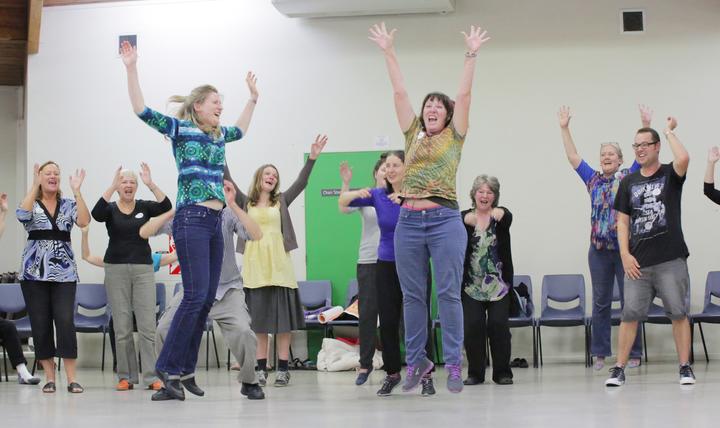 Today is World Laughter Day, and there are many different ways in which the day is being celebrated throughout the country, including a unique Laughter Yoga event in Auckland later day. Laughter Yoga combines laughter with yogic breathing exercises to provide workout sessions that include 30 minutes of laughter, which research shows is one of our best defenses against stress. Indeed, Laughter Yoga is not only offered in commercial yoga and fitness centres, but aged care facilities, schools and hospitals, as well as business and government offices throughout the world. Bob Harvey is a certified trainer of Laughter Yoga Leaders. He's with us to explain more about Laughter Yoga and today's event in Auckland.

9:50 Tim Beveridge: Paying tribute to 50 years of the music of James Bond

There have been some stunning theme songs offered up to James Bond movie franchise, by some of the world's biggest musicians over the last 50 years, including Adele, Tom Jones, Paul McCartney, Tina Turner, Sheena Easton, Duran Duran, Chris Cornell and many more. And now multi-talented Kiwi singer, conductor and arranger Tim Beveridge is bringing to life the world of James Bond music in a thrilling symphonic event, The Music is Bond... James Bond, which is celebrating over 50 years of 007, and backed by the magnificent sound of the Christchurch Symphony Orchestra. The event takes place at the newly opened Christchurch Town Hall on Wednesday night. Tim joins the show to explain the motivation behind the concert and some of the tracks and talent that will be on display. 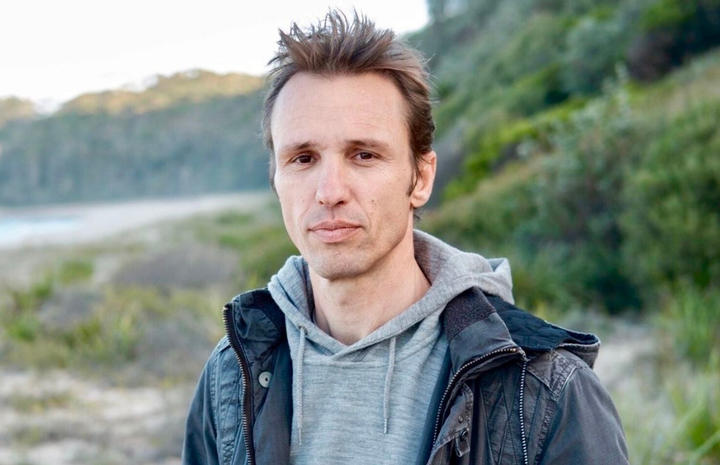 Award-winning writer Markus Zusak has five books to his name, including the international bestseller, The Book Thief, which spent more than a decade on the New York Times bestseller list, and is translated into more than forty languages, making him one of the most successful authors to come out of Australia. To date, he's held the number one position at Amazon.com, Amazon.co.uk, the New York Times bestseller list, as well as in countries across South America, Europe and Asia. He speaks to Jim ahead of his appearance at the Auckland Writers' Festival about how he works and the impact fatherhood has had on him. 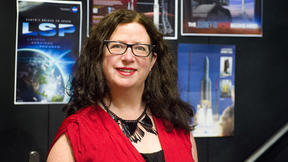 In 2003, the woman they call 'Dr Space Junk' started work on a research project that has ended up taking her to places she never imagined.  Australian archaeologist Alice Gorman has been a pioneering figure in her fledgling field of space archaeology for over 15 years. She's committed to bringing to light the secrets at the heart of the Space Age. The respected Flinders University-based academic speaks to Jim about the human footprint in space, the legacy it will leave, her new book, Dr. Space Junk versus The Universe: Archaeology and the Future, and why space is nowhere near as empty as we think. She also ponders the mystery of our obsession with Mars and how space billionaires have set their sights on access to outer space as their next challenge. 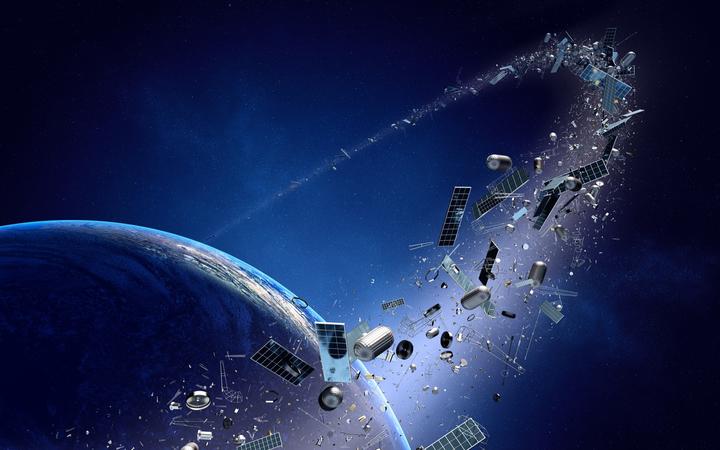 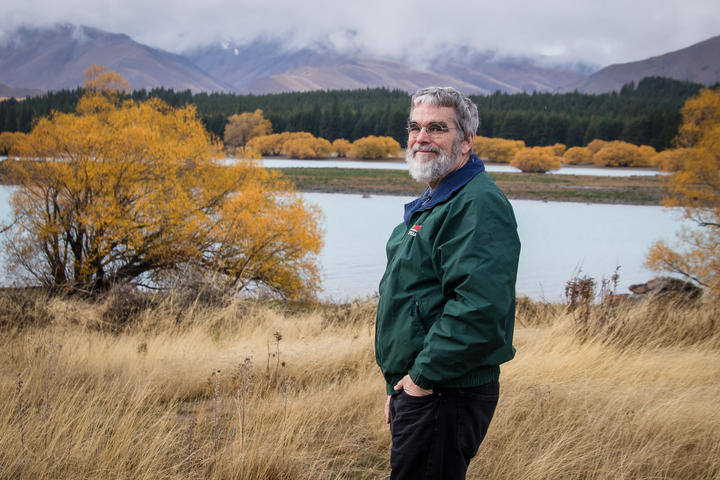 Brother Guy Consolmagno SJ is the Vatican's official astronomer and advisor to the Pope. He's been touring New Zealand this week and as part of his travels here gave an address in Christchurch. He's also a fan of the Southern Skies and included a stop off in Tekapo to observe the universe from, what he says, is the best vantage point in the world. He speaks to Jim about faith and science, why it's always been an important part of his life and what his job involves. He's passionate about the two disciplines working in unison particularly as he believes science keeps religion away from superstition. 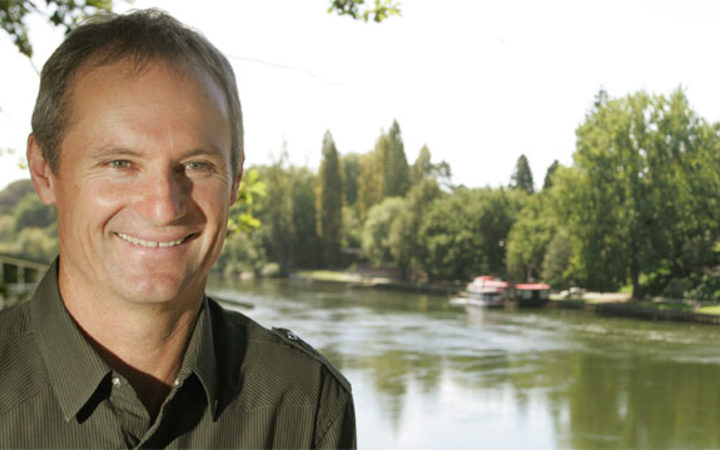 Last year, Rob Hamill and wife Rachel, packed up their home, fostered their dog and took their three sons, Finn, Declan and Ivan out of school to go on the adventure of the lifetime on-board their 43 foot catamaran Javelot. The trip, which they have dubbed The Cruising Kiwis, hasn't quite worked out as planned so far, with boat problems seeing the family return to New Zealand from their first destination of Fiji, but the adventure continues. The former Olympian, trans-Atlantic rowing champion and one-time political candidate joins the show for the first installment of Musical Chair, where he will update the The Cruising Kiwis' story to the backdrop of three musical tracks that have been important to him throughout his life.