Guyon Espiner and Susie Ferguson present a special edition of Morning Report with the latest news and analysis following the horrific terrorist attacks in Christchurch on Friday.

RNZ senior producer Justin Gregory (kneeling, with microphone) talks to locals in front of the Justice Precinct in Christchurch. Photo: AFP or licensors

Mediawatch's Colin Peacock analyses the New Zealand media's response to the attacks on Friday. What do journalists have to keep in mind while interviewing traumatised survivors? How do editors weigh up how much information to broadcast, when in possession of graphic videos and terrorist propaganda? And what has the response been from overseas journalists and commentators?

The Police Commissioner Mike Bush has confirmed the death toll from the Christchurch terror attacks has risen to 50. We cross to the commissioner as he updates the media and public on the latest news.

Dr. Sarb Johal has been a psychologist for over 30 years, and a clinical psychologist for over 16. He joins the show to discuss the tragedy that unfolded in Christchurch on Friday and what can be done to help people -- especially children -- deal with the shock and grief that comes with extreme acts such as this.

10:05 The rise and rise of nationalism in Europe

Journalist Tom Carstensen reports for major media around the world including the BBC. He's currently writing a book on his specialty subject, nationalism in Europe, for which he has done extensive research with various extreme right-wing groups.

10:15 Dominic O'Connell: The bizarreness that is Brexit

Britain's Prime Minister Theresa May leaves 10 Downing Street in London ahead of a further vote on delaying Brexit. Photo: AFP

New Zealand-born BBC business reporter Dominic O'Connell is with us to look at all the latest in the Brexit saga, the major issue that are at play, and some of the deep divides that have emerged in England over national identity and whether England is part of Europe, or the Britain that once ruled supreme.

A message left on the wall outside the Christchurch Botanical Gardens. Photo: RNZ / Simon Rogers

Today, International Law professor Al Gillespie talking about the threat of the extreme right -- which has existed in this country since the 1930s -- and how New Zealand should deal with the risk.

Julie Fry is herself quite ambitious. She's a consulting economist who spends time between New York and Motueka. Together with Hayden Glass, who's equally qualified and ambitious, they have written, Ambition, What New Zealanders Think and Why It Matters. The pair took an in-depth look at attitudes through a survey of nearly 1300 people. The results have put to bed a number of assumptions about New Zealander's attitudes towards success and the stereo typing that many suffer from tall poppy syndrome. Julie speaks to Jim about the myths which were busted and why we are more ambitious than we are given credit for, we are just not vocal about it. 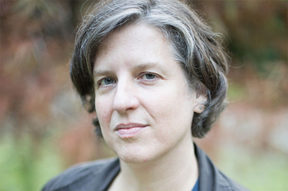 The US-based professor and author of Automating Inequality: How High-Tech Tools Profile, Police, and Punish the Poor; Digital Dead End: Fighting for Social Justice in the Information Age is in the country to speak in Auckland and Wellington about the impact of technology, data and algorithms on the poor and working class. For two decades, Prof. Eubanks has worked in community technology and econmoic justice movements, and is today the Associate Professor of Political Science at the University at Albany in New York. She explains how the issues raised in her new book in a USA context may also be applicable in New Zealand.

Associate Professor Jacob M. Vigil at the Department of psychology at the University of New Mexico has been looking at the effects of medicinal cannabis products, in particular the marijuana compound CBD, or cannabinol. The product's enjoying a surge in popularity throughout the wellness community being touted as having numerous health benefits with the side effects normally associated with marijuana, such at getting high. The evidence uncovered by Doctor Vigil and a new report's co-authors, casts doubt on those claims, as they've discovered marijuana's main ingredient, THC, which also gives users a high, is actually what is responsible for the plant's therapeutic effects. He explains to Jim how they have researched the effects of both CBD and TCH and what they've discovered.

Petitioners calling for funding for particular breast cancer treatments have fronted up to a committee in support of their request but how does the petition process work?