Thanks! Sunday Morning has increased its number of listeners in the past three months from 274,700 to 293,200. Read more.

A wrap of the women's singles final won by Angelique Kerber, a preview of the men's final on Monday and a live update on the men's doubles final featuring New Zealander Michael Venus.

Coen Lammers reports from Russia on the bronze medal match won by Belgium over England today, and previews the final between France and Croatia on Monday. Read more from Coen Lammers here.

This week: Highlights from talks given at Parliament by Helen Clark and Kiri Allan on women's suffrage and recent innovations to make Parliament more family friendly.  With Phil Smith. 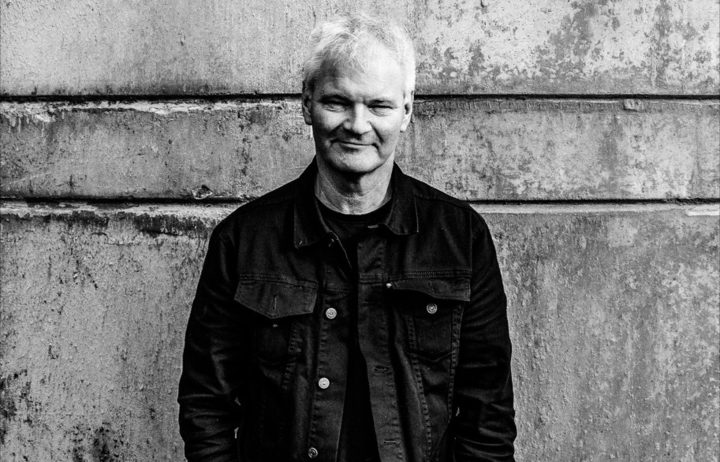 Although our memories of classic New Zealand songs might last forever, the tapes they were recorded on don’t – and the state of old master tapes has been a source of concern for years. Flying Nun Records took a big step towards preserving that part of our heritage when it announced this week that it was donating hundreds of original masters to the Alexander Turnbull Library. Recordings by The Chills, The Clean, Headless Chickens and many others will be restored, preserved and have their contents digitised by the library. Flying Nun founder Roger Shepherd explains how the project came together – and why it’s so important that artists retain all their rights in the works the tapes contain. 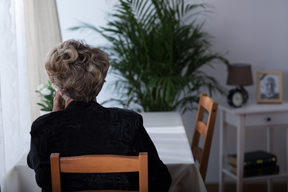 The United Kingdom has recently established a Minister for Loneliness and a "Campaign to End Loneliness" is also under way. Sally Round takes a look at how it's  become a pressing issue in New Zealand as the population ages, society changes and people are expected to live longer in their own homes.

8.38 Michael Baker: NZ’s drinking water may not be our biggest worry

The government is making changes to the Health Act to try to improve drinking-water safety standards. A recent report by the Ministry of Health on the quality of drinking water 2016-17 found that 19 percent of the population is exposed to water that doesn't meet all the requirements of its safety standards. Otago University Professor of Public Health Michael Baker explains what the data means, but points out other issues that he believes are of greater concern in the way we monitor health threats.

This week he talks to a campaigning editor who's fighting fake news and online attacks in the Philippines. And how will the budget boost for public broadcasting be spent? Presented by  Colin Peacock and Jeremy Rose. 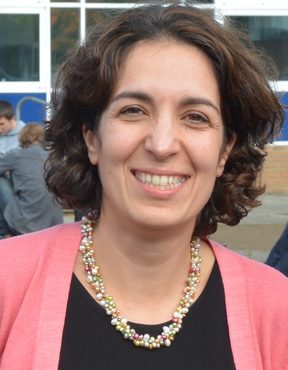 Oxford University Professor of Child and Adolescent Psychiatry Mina Fazel is in New Zealand to speak about school-based mental health interventions. Dr Fazel's post-doctoral fellowship was to develop a mental health toolbox for schools that any front-line worker could use, even if they didn't have a mental health background, to use in the school setting. She says childhood is an important window for intervention because around 75 percent of adults who access mental health services have had a diagnosable disorder before the age of 18. She spoke at the Presbyterian Support North Lecture series on Improving Child Wellbeing. (The final lecture in that series is with Minister for Social Development, Carmel Sepuloni on July 20.) 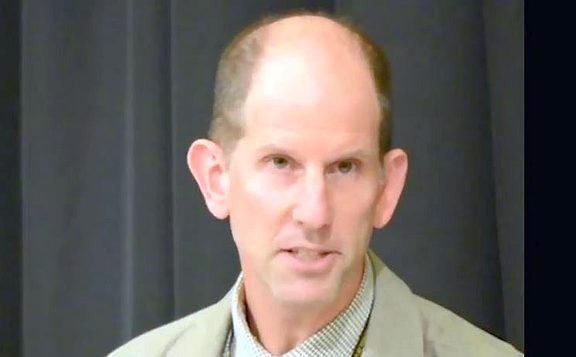 Professor David Karp is in New Zealand from New York, where he's the Director of the Project on Restorative Justice at Skidmore College in Saratoga Springs. It focuses on restorative justice in community and educational settings - his work is largely on how sexual assault is handled on university campuses. He has published more than 100 academic papers and six books on the subject, including The Little Book of Restorative Justice for Colleges and Universities. He talks about its success and also about how we can know if apologies are genuine. 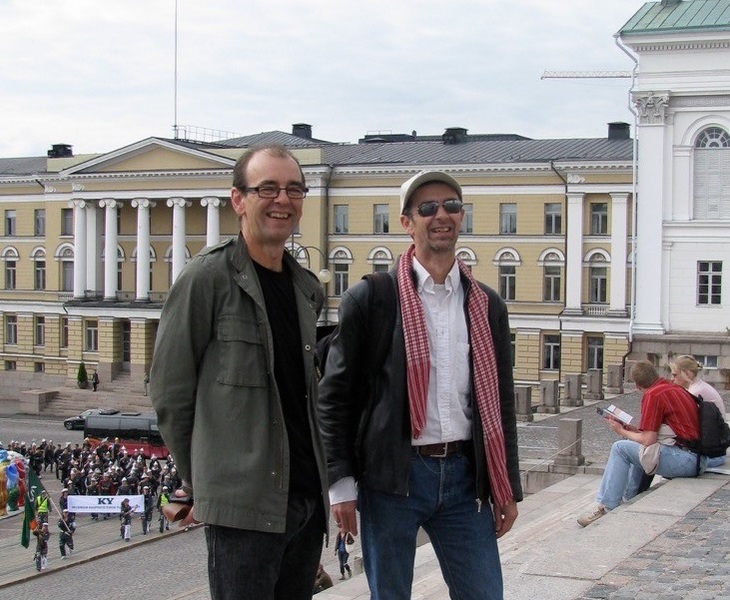 Neil Brown and his travel writer brother David, in Helsinki. 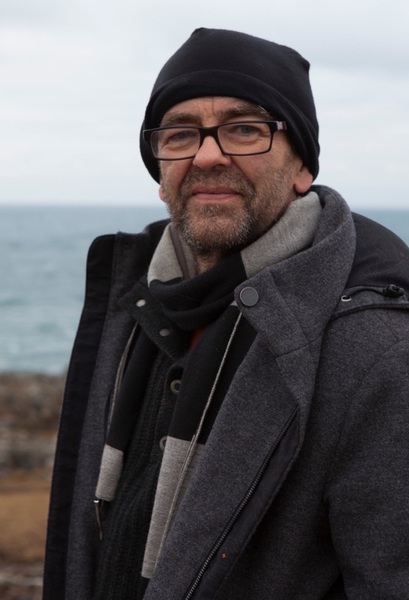 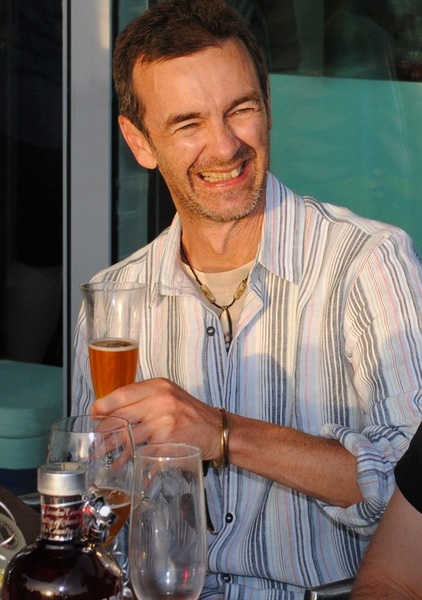 Travel writer David Brown who died in 2015 of a tumour. 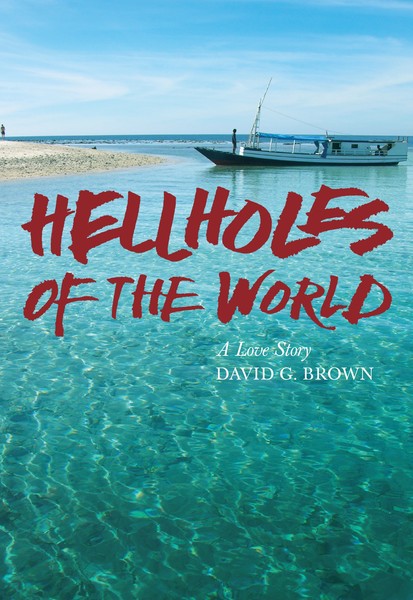 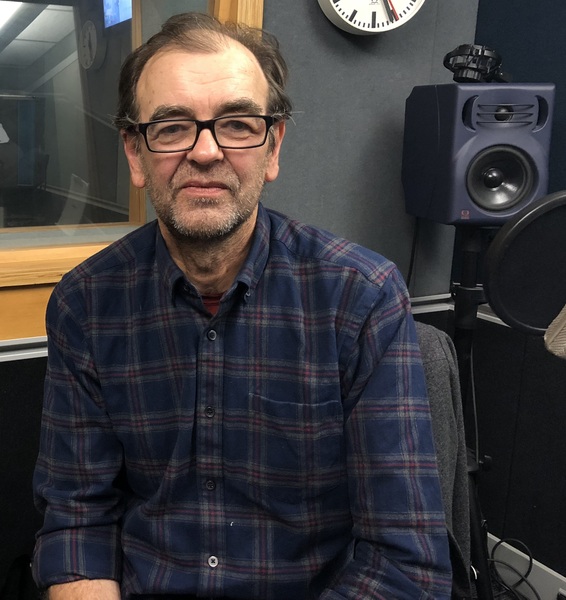 Neil Brown in at RNZ.

David Brown was the ultimate traveller. His outlook was shaped by the places many of us wouldn't dare to visit. From Belarus to Rwanda, Damascus to Transnistria and the Syrian city of Palmyra before the siege of ISIS. David died prematurely in 2015 in Helsinki, but his travel writing from the 100-plus countries he had been to has been collected of the by his brother Neil Brown, who is a publisher himself,  in a book called Hellholes of the World. Neil Brown explains how he has drawn inspiration from his brother to travel recently.
Ian Telfer reviewed the book on RNZ recently.

11.04: Maryanne Bilham and Robert Knight: the imagery of music 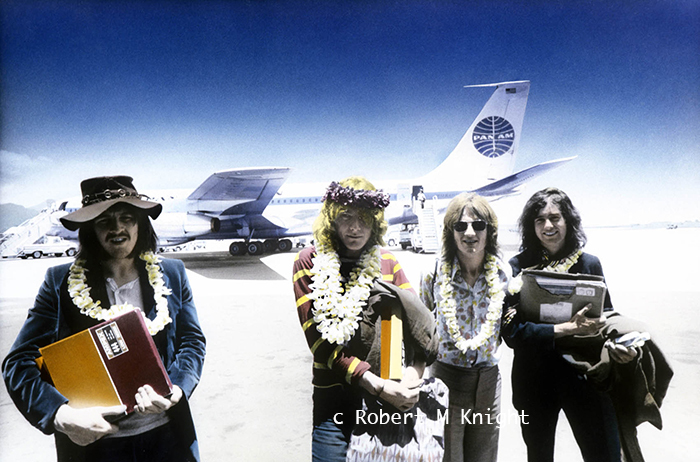 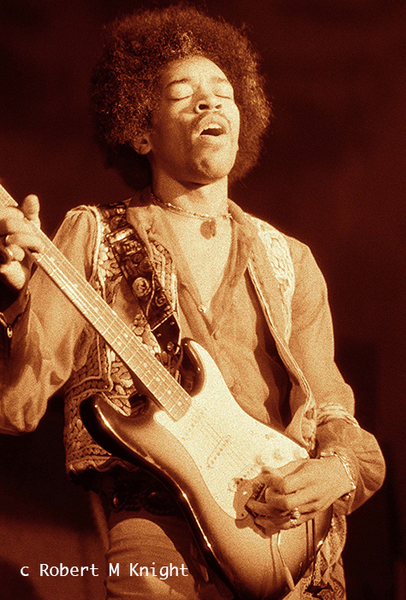 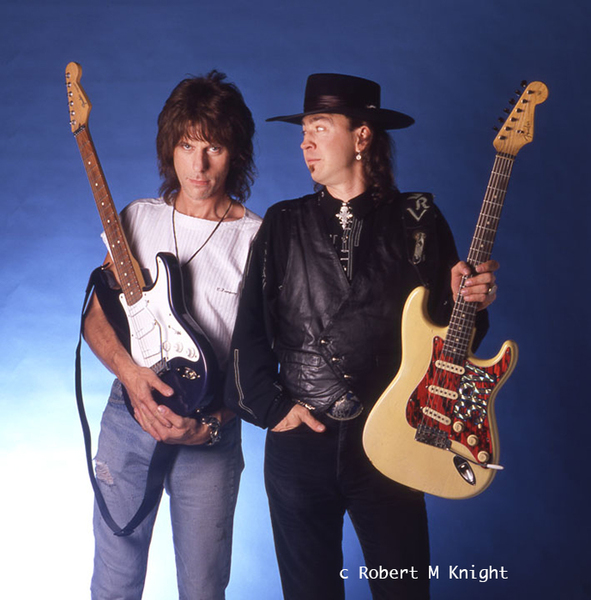 Jeff Beck and Stevie Ray Vaughan by Robert Knight. Robert tells Wallace how difficult this photo was to get. 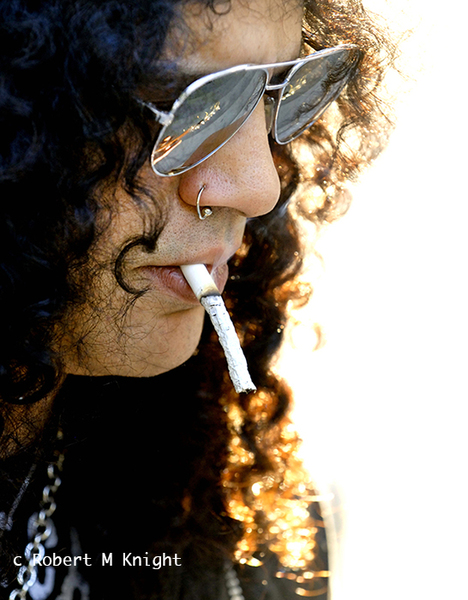 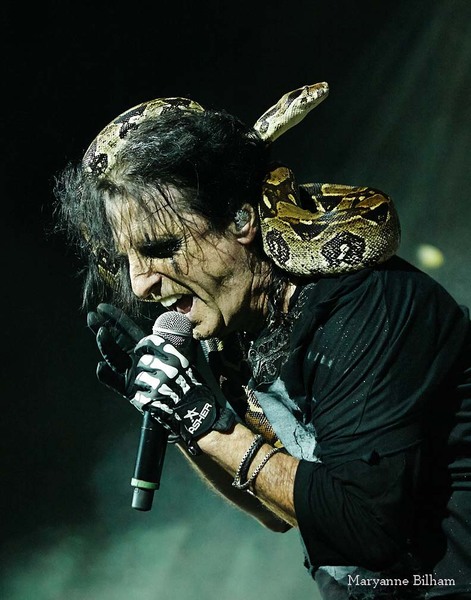 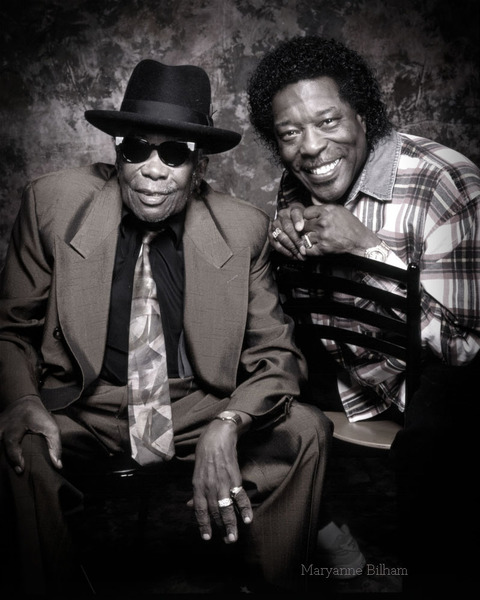 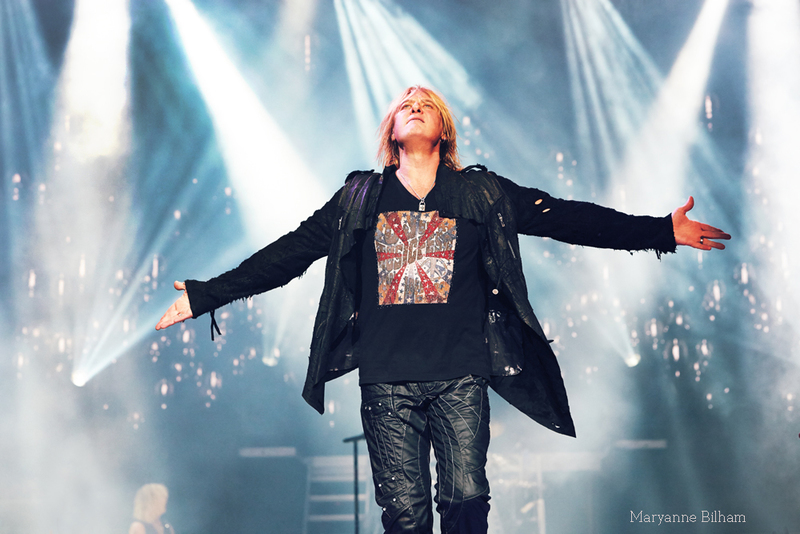 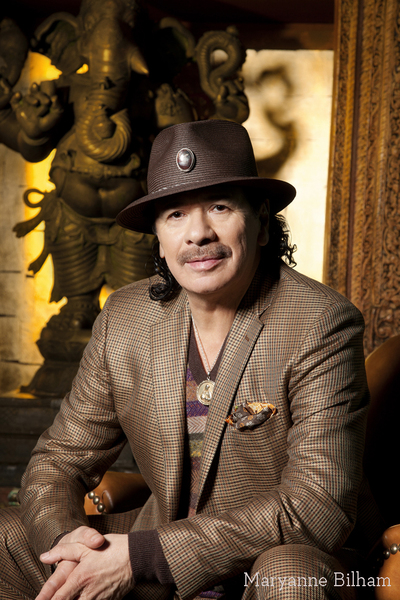 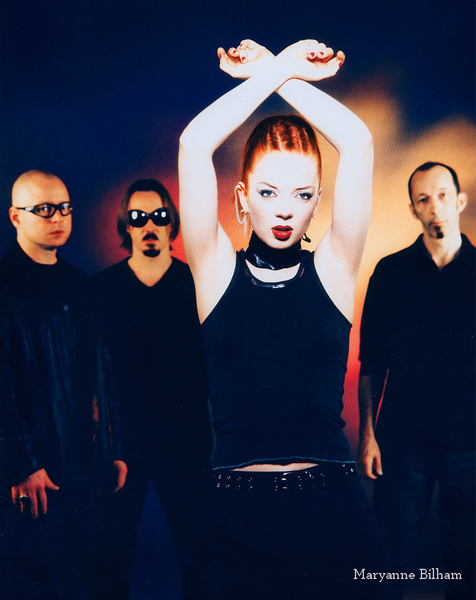 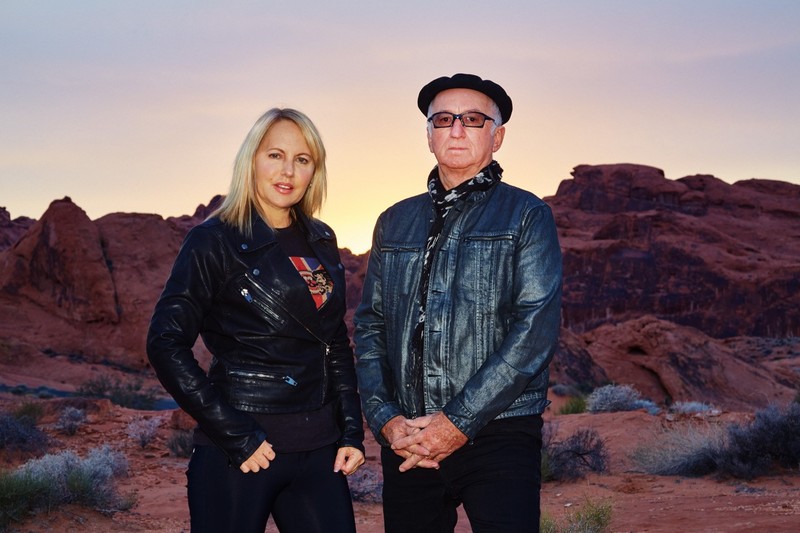 New Zealander Maryanne Bilham and American Robert Knight are photographers who have set up a new music venue in Auckland called Anthology Lounge and their photos adorn the walls.

Maryanne Bilham and Robert Knight have spent much of their lives photographing legends of music: Hendrix, Carlos Santana, Alice Cooper, Stevie Ray Vaughan, Guns and Roses and many others.  Their entwined careers span San Francisco in 1968, Swinging Sixties London, Hong Kong and modern-day Vegas. Now, they’ve come back to Auckland, the city where Maryanne was born, to set up the Anthology Lounge, giving visiting rock stars somewhere to go after the show and up and coming Kiwi performers the chance to feel like stars.  They talk music, magic and why it’s New Zealand’s musical time in the sun.