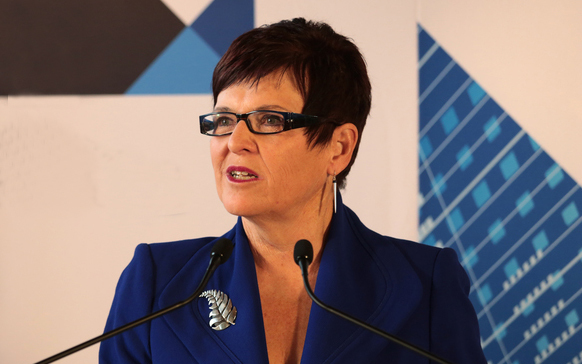 Radio New Zealand correspondent Chris Bramwell joins us as the UN Climate Change Conference in Paris wraps up, and Dr Ralph Chapman, the Director of the Graduate Programme in Environmental Studies at Victoria University, gives his opinion on the conference and its outcome; and, professor Tony Blakely examines the case for and against funding the new melanoma drug Keystruda. Plus: The Week in Parliament.

8:12 Insight Albania -Shadows of the Past

In Albania, archives are being unlocked and new monuments put up in an effort to redefine who Albanians are now, after a painful past marked by prison labour camps, concrete bunkers and secret police headquarters. But the BBC's Maria Margaronis investigates if the efforts by the nation's new leaders represent real change, or are they just an attempt to plaster over the cracks and reinforce Albania's plan to enter the EU.

Dr Jessica Hutchings is a kaupapa Maori researcher who says that growing food for one's community is a political act. She talks about Maori food sovereignty and the system called hua parakore - Maori organic growing which involves organic practices which are grounded in a Maori world view.

An inquiry finds no evidence of deliberate delays to reporters' requests for official information - do they accept that? Also: The rising clamour for cancer drug funding, and big name broadcasters doing down big city cycling.
Produced and presented by Colin Peacock and Jeremy Rose.

In her crusade against jargon and other gobbledegook, Lynda Harris is spreading the word about the great benefits of using plain English. She founded the company, Write, 25 years ago to promote and teach plain English and has clients around the world. She set up the Plain English Awards 10 years ago, and this year she also received an international award for her work. She has recently published Rewrite: How to overcome daily sabotage of your brand and profit.

Dame Jenny Shipley became New Zealand's first female prime minister in 1997. Since leaving Parliament in 2002 she has chaired a number of boards including Genesis Energy and the China Construction Bank. In this, the latest in our occasional series Influential Kiwis talk about the Influences, Dame Jenny shares her memories of everyone from her Presbyterian minister father, Len Robson, to Margaret Thatcher.

Twenty five years ago Peter Wells wrote a breakthrough book. Dangerous Desires was the the first book to be published by an openly gay author in New Zealand. Since then Peter Wells has gone from strength to strength with his novel writing, as well as writing for stage and screen. He has just launched a literary festival for the LGBTIQ community called Same Same but Different. He joins Wallace to look back on his career and to talk about why New Zealand needs more LGBTIQ voices.

Emma Mildon's The Soul Searchers Handbook has just reached number one on the Amazon best seller list  - the book is a guide to New Age spirituality for a younger generation. Emma Mildon talks to Wallace about how she was looking for a quick, easy spiritual fix to solve her soul's ache.