Kicking off with Rugby: As the Rugby World Cup gets underway in the UK, we have a panel discussion looking at how sports - and rugby in particular - dominate the national culture. Are sports, arts and science mutually exclusive and is it fair that sports should play such a role in our national identity? Professional rugby player and author John Daniell and executive director of the Image Centre Group, Mike Hutcheson share their opinions. Also this hour: The Week in Parliament; the big Kiwi contingent at the Pacific Arts Festival in Guam; and Yasmine Ryan - Biography of a Killer: It took him 30 years but the week before last retired DGSE agent Jean-Luc Kister apologised for his part in the killing of Fernando Pereira in the 1985 Rainbow Warrior bombing. Tunis-based freelance journalist Yasmine Ryan has been looking into the French secret agent's time in Tunisia and France's use of violence as a foreign policy tool.

The government wants to soak up the tax leaking out of online sales, and digital downloads and services are first in line to be hit with GST. Next to be tackled are cheaper goods bought over the internet. But is there a system that won't cost more than the tax collected? And what about the multi-national online players? Should they be paying their fair share of company tax for operating in New Zealand? Philippa Tolley investigates. 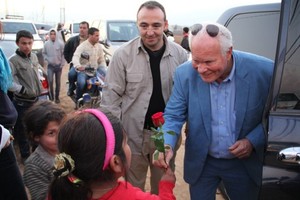 In the last year Lebanon has taken in 2000 times more refugees per capita than New Zealand. An international effort has seen 100,000 of 500,000 school-aged refugees placed into schools - a significant achievement but the challenges facing the refugees and Lebanon remain huge. Ross Mountain, a New Zealander, was until very recently coordinating the UN's response to the refugee crisis in Lebanon.

Is 'sponsored content' just advertising in disguise - or is it also a good way to pay for good journalism? Also: A new site serving up gossip and showbiz news, and unexpected insights from reporting the rugby.
Produced and presented by Colin Peacock and Jeremy Rose.

Tony Seba says anyone born in 2015 will never drive. The reason: By 2030 all cars will be solar powered and they will drive themselves - and we probably won't own them. Tony Seba is a lecturer in entrepreneurship, disruption and clean energy at Stanford University.

His focus is on clean energy and the technological advances which disrupt and change our lives.

Kiwi Andrew Laking has toured the world - performing in over 1500 cities - with Irish band Grada. Now he's back home and has published his first book: Empire City: Songs of Wellington. It's a history of Wellington with pictures by documentary painter Bob Kerr, and an accompanying CD of original songs that includes guest appearances by the likes of Brett McKenzie and Toby Laing.

In the week that Santiago was rocked by a huge earthquake that sent shock waves around the Pacific, we're all reminded that it's vital to know what to do in a disaster. Dr Lucy Jones is among the world's most influential seismologists and, as a native of California, she also has the practical experience of living on shaky ground. Dr Jones is known as The Earthquake Lady. She is a science adviser for the US Geological Survey and an expert on foreshocks. She was one of the first the use statistical analysis to predict the likelihood that any given tremor will be followed by a bigger one.
Information on the New Zealand Shakeout - the national earthquake drill on October 15 - can be found at http://www.shakeout.govt.nz/index.html

Former opera singer turned voice coach Dr Louise Mahler believes "the voice is a choice" and we can all learn how to use our voices to better effect. She talks discusses her new book Resonate and gives some helpful advice on how to overcome those physical and mental blocks that may hold us back when we need to be heard 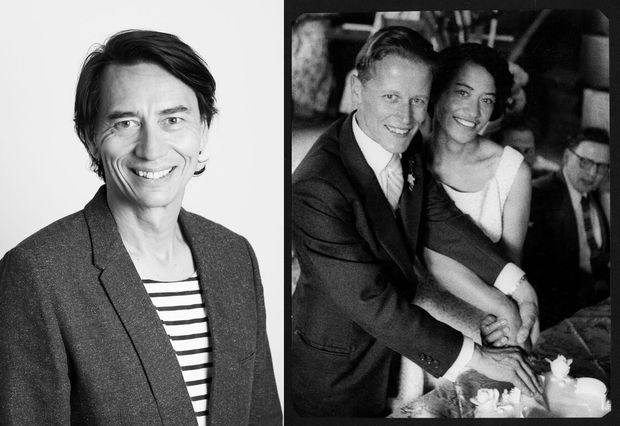 Anton Blank and his parents, Arapera and Pius Photo: Supplied

Arapera Blank was one of New Zealand's first bilingual poets and, in 1958, was the first Maori writer to win a Katherine Mansfield award. Her work is an insight into biculturalism and feminism, and of Maori society on the cusp of being integrated into the country's urban cultures. Anton Blank is the son of Arapera and her Swiss husband Pius. He has recently published his mother's work in a book called For Someone I Love - A collection of writing by Arapera Blank. It's a volume of her poetry, short stories and essays, accompanied by photos taken by Pius.

Social anthropologist Dr Robyn Andrews from Massey University has been awarded a $20,000 grant for her research project 'The Invisible Indian: The Anglo-Indian Diaspora in New Zealand'. Anglo-Indian is a subculture of offspring born to an Indian mother and a European father - but not the other way around. Dr Andrews has set up a Facebook page to make contact with Anglo-Indians in NZ.