Insight visits Fiji to assess the situation a year after the interim administration scrapped the constitution, sacked the judges and introduced its new legal order.
Written and presented by Philippa Tolley and Megan Whelan.
Produced by Sue Ingram

'Emma' is not her real name but she's keeping her identity secret as she travels between her new home in New Zealand and Zimbabwe, where she grew up. Emma is making a film about the reign of Robert Mugabe, telling the story through her search for her childhood friend, Mercy Shumba. She tells Chris about growing up white in Africa, the dream of post-independence Zimbabwe, and what happened to that dream.

Mediawatch this week looks at the pursuit of an under-fire MP who wasn't sorry enough for the media's liking; and asks when TV is likely to switch over to the new digital technology for good. And with the football World Cup in full swing, the All Whites are level-pegging with the champions Italy. So are the foreign football pundits, who wrote them off before they'd kicked a ball, now eating their words?
Produced and presented by Colin Peacock and Jeremy Rose.

Richard Wilkinson is co-author of the book 'The Spirit Level: Why More Equal Societies Almost Always Do Better'. He says inequality is divisive and socially corrosive and economic growth beyond a certain level no longer delivers social benefits. New Zealand is now around the fifth most unequal society in the Western world - a product, he tells Chris, of changes to our society in the late-1980s that lead to the most rapid rise in inequality of any rich nation.
'The Spirit Level', by Richard Wilkinson and Kate Pickett is published by Penguin

David James Smith goes beyond the Mandela we know today - the president, the elder statesman - and investigates Mandela's early years. He tells Chris about the man who left his wife and children to carry on the political fight and lead an armed resistance against the apartheid government of South Africa. The book reveals messy relationships, the flaws and weaknesses of the man who lead his country to freedom.
'Young Mandela' by David James Smith is published by Orion. 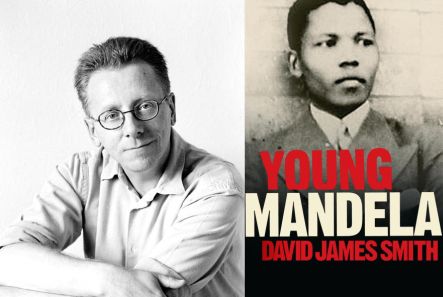 Each week Trevor Reekie presents Hidden Treasures, uncovering musical gems that are often buried under tons of other stuff from here, there and over that a-way!! This week Trevor unveils new music from acoustic guitar virtuoso Tom Kersten and a brand new track from the ambassadors of brass, the Hypnotic Brass Ensemble.
Produced by Trevor Reekie

In some parts of the world owning a professional sports team has become as de rigueur among billionaires as owning a super-yacht - less an investment than a flamboyant statement of wealth. But having one of the world's rich-listers as a team's backer is no guarantee of success and some of the world's most successful sports teams, like last year's European football champions Barcelona FC, are owned by their club members. New Zealand sport has, with the exception of the Phoenix football team and the Warriors rugby league team, remained largely community owned, but with many of our professional teams being under-capitalised there's no guarantee things will stay that way.
Ideas talks to Steve Tew, the CEO of the New Zealand Rugby Union; economist and Barcelona FC supporter Edward Hugh; and Sydney-based sports writer Spiro Zavos about the ownership of professional sports teams.
Presented by Chris Laidlaw
Produced by Jeremy Rose