Insight this morning looks at the controversy surrounding the attempt to set up New Zealand's first ever wet house for homeless alcoholics and travels to the UK to see how such schemes work there.
Written and presented by Teresa Cowie
Produced by Sue Ingram

Peter Clark has a passion for planes. Aviation isn't his day job, but it's his life-long obsession. He talks to Chris Laidlaw about his adventures on Concorde, hanging out with fellow plane-spotter John Travolta, and the state of the airline industry.
'Flying: Adventures of a New Zealand Aviation Addict' is published by Trio Books. 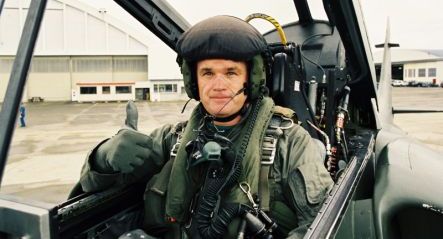 Peter Clark in the back of the RNZAF Skyhawk. 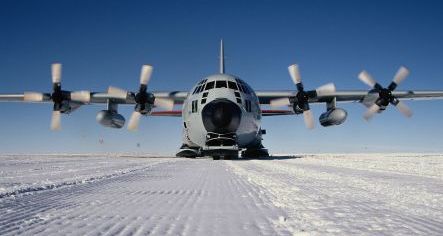 A ski equipped C-130 Hercules on the Polar Ice Cap in Greenland. The aircraft is from The New York Air National Guard.

Mediawatch looks at how soccer's suddenly flavour of the month in the sports media - while rugby desperately needs reviving, according to some pundits. But is white really the 'new black'? And does rugby still hold sway in the sporting media? Mediawatch also looks at the reaction to the news of a prominent writer borrowing bits of other authors' books - and claims that one of our major media companies might be going soft on the rich and the powerful.
Produced and presented by Colin Peacock and Jeremy Rose.

Democracy activist and former Palestine presidential candidate Mustafa Barghouti (left) discusses the prospects for peace in the Middle East, then spokesman for the Israeli embassy in Canberra, Dor Shapira, joins Chris Laidlaw to share his perspective on the peace process.

Dougal narrowly escapes the maw of an adolescent sealion.

Each week Trevor Reekie takes you on a trip that seeks out musical gems from niche markets around the globe, the latest re-releases and interesting sounds from the shallow end of the bit stream. This week Trevor digs up the weirdest cover version of a Steppenwolf hit record ever recorded; as well as new music from the Favela's of Sao Paulo, Brazil.
Produced by Trevor Reekie

Barely a day goes past without a news item on a new electric car being readied for the market. Earlier this week former formula one world champion John Surtees drove an electric car from England to France to mark the 15th anniversary of the opening of the Euro-tunnel. And over the next 18 months General Motors, Nissan Ford, Volkswagen and Toyota all plan to have the first of their fully electric vehicles rolling off the production lines. But this week on Ideas we're going to hear about two less-celebrated types of electric vehicles at opposite ends of the size spectrum. Electric bicycles and the five-decades-old English electric trains on the Johnsonville to Wellington line. And we ask an energy consultant just how environmentally friendly electric cars will really be?
Presented by Chris Laidlaw
Produced by Jeremy Rose