Insight looks at the treatment of teenage workers six months after 16 and 17-year-olds began receiving the adult wage.
Produced by Penny MacKay 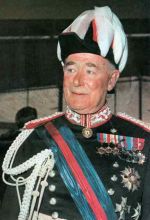 Arthur Porritt was a Rhodes Scholar, an Olympic sprint medalist, a respected surgeon, a decorated war hero, Governor-General (pictured right) and active member of the British House of Lords. His biography, 'No Ordinary Man' has been written by Joseph Romanos and Dr Graeme Woodfield. Joseph Romanos talks to Chris Laidlaw about the life and achievements of this remarkable New Zealander.
Produced by Christine Cessford

Pictured Below: The 1924 Paris Olympics 100m final. The race was made famous by the film 'Chariots of Fire'. Porritt, on the left, was third. 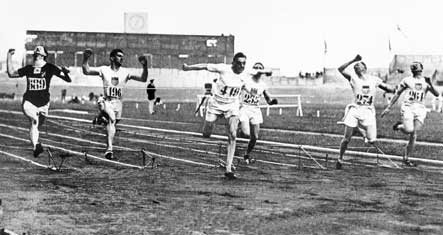 This week Mediawatch talks to the men who had to face the music in court for publishing the so-called "Terror Files" in the papers last year. Also in the programme: How pundits are missing the point in the live political debates; and how Consumer magazine is bucking the recessionary trend by battling for customers on the newsstand.
Produced and presented by Colin Peacock and Jeremy Rose.

Dr Julia Gatley has a passion for modern architecture and drove around the country to research her book, 'Long Live the Modern: New Zealand's New Architecture, 1904-1984'. She talks to Chris Laidlaw about her work, then Chris continues the discussion with architect Ross Brown.
Produced by Christine Cessford

British architect Huw Parslow reckons New Zealand is more than a decade behind many other developed countries in building sustainable housing. While we are making some improvements in the way we build office space, many of us still go home to draughty, poorly-insulated homes. The Sunday Group today discusses what's being done - and what needs to be done - to build homes that are sustainable - and better to live in. Chris Laidlaw chairs the panel that includes property developer Campbell Venning, the director of Merge Property Group, building Wellington's Metropol development (artists impression pictured below) which has a number of innovative, sustainable features - including a wind turbine on the roof; Huw Parslow, from ArcHaus Architects in Wellington, who designed the Metropol; and chief executive of the NZ Green Building Council Jane Henley. Produced by Christine Cessford. 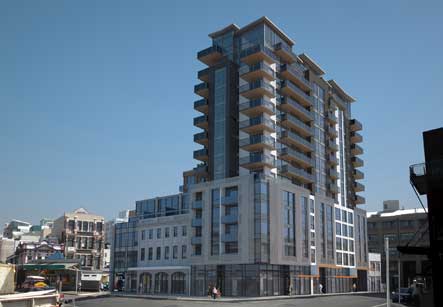 Each week Trevor Reekie takes you on a trip that seeks out musical gems from niche markets around the globe, the latest re-releases and interesting sounds from the shallow end of the bit stream. This week Trevor digs up woolshed music made in sunny Golden Bay, and features Turkish wedding music made by a man described as the 'John Coltrane of the clarinet'.
Produced by Trevor Reekie

What is intelligence? Who defines it, and what are the social, political and cultural factors that influence how we perceive it?
Presented by Chris Laidlaw
Produced by Sonia Yee