Insight looks at how Britain became what security experts call the West's "terror central".
Written and presented by the BBC's Amardeep Bassey.

Mediawatch this week investigates how children use the media, and how broadcasters are changing their approach to attract today's increasingly tech-savvy youngsters. Also in the programme, a look at how the media mocked a celebrity who recently got his numbers badly wrong - and a slip-up that might have pleased Winston Peters.
Produced and presented by Colin Peacock and Jeremy Rose. 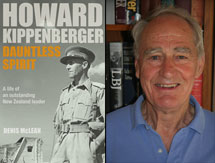 Each week Trevor Reekie takes you on a trip that seeks out musical gems from niche markets around the globe, the latest re-releases and interesting sounds from the shallow end of the bit stream. This week Trevor unearths a collection of gems ranging from disco music from Lagos to a hybrid of 'world jazz' from the Kora Jazz trio.
Produced by Trevor Reekie

On Ideas this week, we continue to look at Samoa, but from a closer perspective. Samoa and Samoans have never been more prominent in New Zealand than right now, but how different is our version of Fa'asamoa from the parent culture that spawned it? Luamanuvao Winnie Laban, Oscar Kightley, Galumalemana Alfred Hunkin and others discuss being Samoan in New Zealand.
Presented by Chris Laidlaw
Produced by Justin Gregory