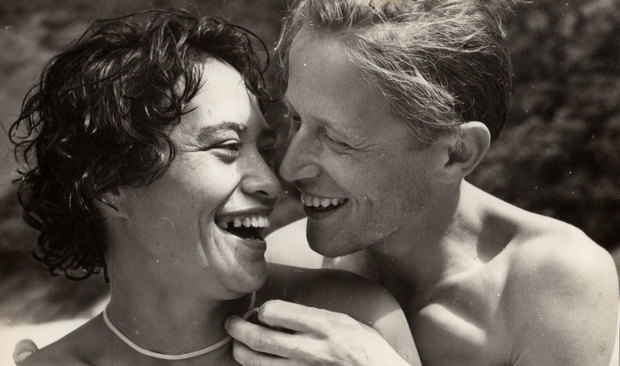 Anton Blank's mother Arapera Blank with her husband Pius on their honeymoon at Kennedys' Bay Coromandel in 1958. Photo: Supplied

Writer and editor Anton Blank reads a couple of poems which were penned by his mother, Arapera Blank.

She was one of the first Maori to write in English and was published from the 1950s onwards.

Arapera was also the first Maori writer to win the Katherine Mansfield Award.

A collection of her work was published in August - Anton pulled together her work, including essays, other writings and poems.

Anton Blank talks to Noelle about his parents, his upbringing and reads his mother's poetry.