Stella Young is a comedian, disability activist, and the Editor of ABC’s Ramp Up website – the online space for news, discussion and opinion about disability in Australia. Since then she has been active in the disability community in a variety of roles, including membership of the Victorian Disability Advisory Council, Ministerial Advisory Council for the Department of Victorian communities and Women With Disabilities Victoria. Stella was a two-time state finalist in the Melbourne International Comedy Festival’s Raw Comedy competition; and has hosted eight seasons of Australia’s first disability culture program No Limits. Stella has worked with the Youth Disability Advocacy Service to establish the LiveAccess project, advocating for better access to live music venues.

Returning home from touring the UK and Europe, Tiny Ruins - aka Hollie Fullbrook - celebrated the release of her EP Haunts with 12 intimate New Zealand shows. Pour a glass of red, get cosy in your favourite armchair and enjoy Tiny Ruins live at The Wine Cellar. Produced and engineered by Andre Upston for Radio New Zealand National.

8:12 Windows on the World - The Prophets

In the second part of his exploration of four of the Prophets of the Old Testament, the BBC's Clive Lawton tells the story of Elijah and Miriam. Elijah is a miracle-working, thundering, wild-eyed and somewhat anti-social itinerant and is very much the prototype Old Testament prophet, and only one of two people in the Jewish Bible who, strangely, does not die. Miriam, known as the 'Prophetess', is one of the few women in the Bible to be called a prophetess, though it's not entirely clear what that means. (Part two of two).

Journalist and reviewer Kim Choe examines the latest movies, art exhibitions, theatre, and other cultural events on over summer, and looks back at the best of 2013. This week, Kim reviews the films Long Walk to Freedom, and Her, and previews some highlights of the New Zealand Festival, including the actor Denis O'Hare in An Iliad.

Country Life this week meets Fay and Joe Gock who won horticulture's most prestigious award, the Bledisloe Cup; Jordan Smith, the Ahuwhenua Young Maori Farmer of the Year; and the Rural Women running a driving service to get Te Kauwhata people to appointments at Waikato Hospital. 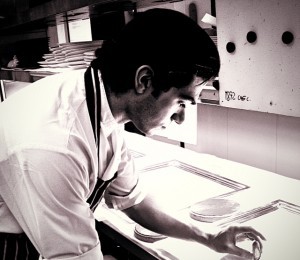 Jozef Youssef is a highly acclaimed restaurant and private dining chef. He started his career working for Michelin-starred chef Hélène Darroze at the Connaught Hotel in London. He has since worked with several other renowned chefs and trained in molecular gastronomy with Heston Blumenthal. He has published the book, Molecular Gastronomy at Home: Taking Culinary Physics Out of the Lab and Into Your Kitchen, and runs the website Kitchen Theory, which looks at how how new findings in food science, multi-sensory taste and flavour perception and sustainability are shaping the culinary landscape.

In our live performance recordings from Womad Taranaki 2013 we feature Jimmy Cliff. One of the true originals of Jamaican reggae, Jimmy Cliff delivered a show that featured a catalogue of 'hit' records that spanned his five decade career and showed that he's still going strong.

Artist: U2
Song: With our without you
Comp: U2
Album: The Joshua Tree
Label: Island
Broadcast Time: 23:05