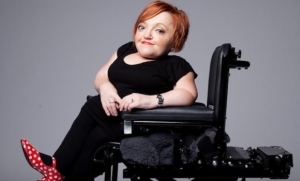 The former editor of ABC's Ramp Up website – the online space for news, discussion and opinion about disability in Australia – had been active in the disability community in a variety of roles, including membership of the Victorian Disability Advisory Council, Ministerial Advisory Council for the Department of Victorian communities and Women With Disabilities Victoria.

She spoke with Charlotte Graham on Summer Nights earlier this year.