Psychologist Dr. Karen Brouneus studied the effects of the Solomon Islands' Truth and Reconciliation Commission, following similar research she did during the Rwandan TRC. After interviewing victims, witnesses to, and militants from the Solomons conflict, she discusses whether true remorse, forgiveness, and reconciliation are ever possible, and whether victims can be harmed by the process of seeking national peace.

The government is still under pressure to do all it can over what some regard as the nation's biggest health problem - diabetes. The rate of the illness is rising rapidly with 7% of New Zealanders already affected and one in five showing early signs of the chronic condition. Doctors say the huge cost of diabetes could overwhelm the health system unless more is done. Radio New Zealand's Health Correspondent, Karen Brown investigates.

8:15 Windows on the World - Return to Mawson's Antarctica.

Between 1911 and 1914, Douglas Mawson explored a fiercely-harsh part of Antarctica while the more-celebrated Scott and Amundsen raced to the South Pole elsewhere on the frozen continent. We join the Australasian Antarctic Expedition 2013 studying the ice and the water beneath in part two of the BBC World Service Discovery Series: Return to Mawson's Antarctica. (Part 2 of 4).

We visit some of New Zealand's most reportedly haunted locations to find out the stories behind them. This week, we hear history and tales from Larnach Castle on the Otago Peninsula, and how tragedies in the Larnach family resonate through the years to today. 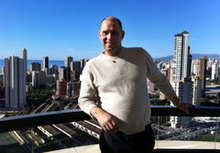 We cover the sports that are best played after dark - particularly those that don't require speed or heavy lifting. This week, we've got darts tips from international professional darts referee Russ Bray - known as "The Voice".

Wellington musician and writer Matthew Backhouse explores some of music's hidden gems from the past year. (Part 1 of 3). Matthew's tracks from this week can be heard again on Spotify:

Seasons of your Day, by Mazzy Star

A review of the day's news. 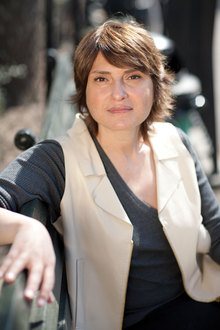 This interview contains strong language and references to drug use.

Syrian-American writer and filmmaker Rayya Elias has published the book Harley Loco: A Memoir of Hard Living, Post Punk and Hair - from the Middle East to the Lower East Side. She discusses what she learned at the rock bottom of addiction, and how she found joy in a sober life. Rayya Elias is one of the authors invited to the New Zealand Festival's Writers Week in March.

Before Jimi Hendrix and Buddy Guy, before Stevie Ray Vaughn and Albert King, before Earl King and Albert Collins, there was a singer and wild guitarist who hit New Orleans from the heart of the Mississippi Delta in the 1950s. He was an unparalleled showman known for walking out in the crowd or climbing the rafters with his 300 foot long guitar cord. He was famous for dyeing his hair and painting his shoes to match his brightly coloured suits. He had many great songs and only one hit, The Things I Used To Do, which has become a standard of blues music. His name was Eddie Jones, but everyone knew him as Guitar Slim. Then, just as suddenly as he appeared, he was gone, dead in 1959 at age 32.

Artist: Marvin Gaye
Song: Let's get it on
Comp: Gaye and Townsend
Album: Lets get it on
Label: Motown
Broadcast Time: 9:08

And our theme music was: