The rogue police who sent freed slaves back to the south

The Black Lives Matter movement in America is an old fight with a new name.

Police violence against African Americans has a very long history and ordinary people have long been the ones to stand up and demand change.

Before the Civil War, escaped slaves came north for freedom in places like New York City where slavery was illegal. 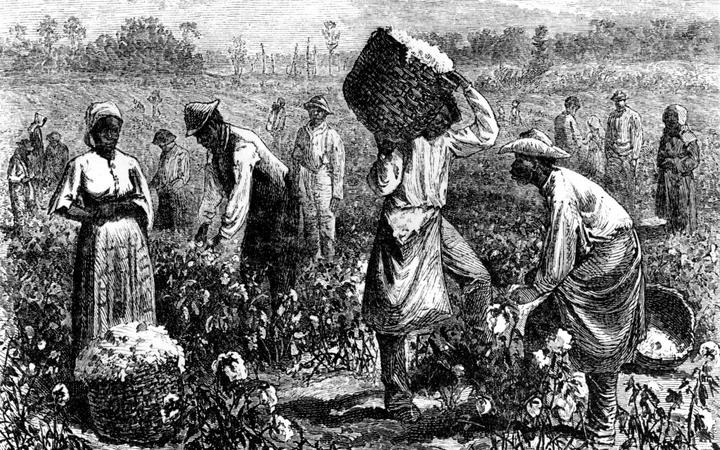 But a reverse underground railroad operated by rogue police sent slaves, free black men and women and even children to the South.

Jonathan Daniel Wells is a professor of history at the University of Michigan who uses the past to give context to the present. It’s called The Kidnapping Club: Wall Street, Slavery, and Resistance on the Eve of the Civil War.

Wells tells Summer Times the history of north and south in pre-Civil war times is a lot more complicated than most Americans acknowledge.

“The traditional story is one in which the abolitionist north goes to war with the slaved south and obviously that contains some kernels of truth, but it also obfuscates a much darker and bleaker history of northern cities like New York.

“Today we think of New York as this amazing, democratic, pluralistic society, but it harbours a much darker past and that’s really what I wanted explore in the book… the story is not as clean and uncomplicated as we might first assume.”

Wells says New York City was uniquely pro-southern and pro-slavery and much of that was tied up with Wall Street’s cotton trade that created much of its wealth and power. He says cotton produced in the south ended up going to places like New England and Manchester and passed through the fingers of financiers in New York City.

“In addition to the fact that merchants and financiers are making a lot of money off of the cotton trade, it’s also true that early insurance companies were insuring against the loss of slave property, insuring against cotton crops being destroyed.

“Like the north more generally, but acutely, New York City was benefitting financially from the cotton trade with the south and that rendered the city very pro-slavery.”

He says New York City’s pro-slavery stance was driven by both money and racism.

“The Democrat Party in New York City is of two minds which dovetails nicely; they are deeply racist, it was a deeply racially conservative city. But it was also a city that realised its prosperity and its growing wealth and power were based upon the compromise over slavery with the American south.”

It was written into the Constitution that northern states were duty bound to return any slaves that had escaped bondage and gone to the north and Wells says there was a powerful group of lawyers, judges, and police officers who took that duty very seriously.

Wells says the kidnapping club operated with ruthless efficiency, arresting black men – whether they were escapees from the south or not – and having them declared runaways by judges and city recorders before their families even found out.

“Sometimes it would happen early in the morning and, before families knew what hit them, their loved ones were sent down plantations in Louisiana, Florida, or the Carolinas. More than likely, the people who were embedded in this nefarious web were never to realise their freedom again.”

With that comes a story of resistance against attempts to make New York City a dangerous place for black people. One of the heroes of that resistance is now overlooked black activist and journalist David Ruggles who identified the people who were arresting black men and labelled them the New York Kidnapping club and denounced them in his newspaper.

“He is a man who was a tireless advocate for racial justice and somebody who we’ve lost track of in our history… it’s important to know that people like David Ruggles were part of our national story of freedom.”