Michelle 'Nanogirl' Dickinson has just released The Kitchen Science Cookbook. She talks us through the process of making rock candy and hokey pokey – two simple recipes that use the science of sugar. 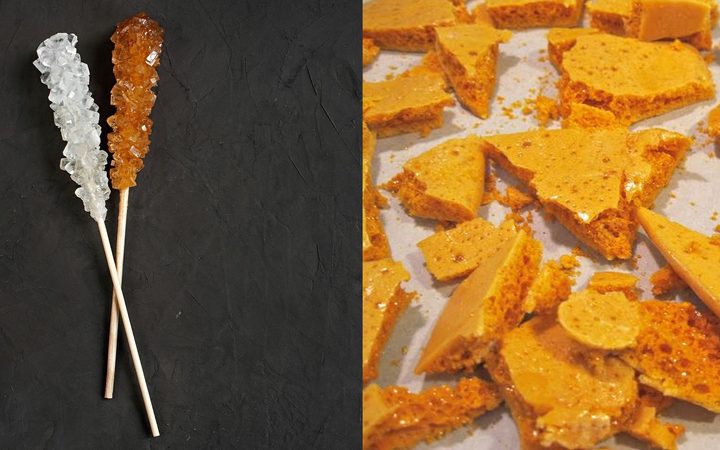 Sugar has a really bad reputation right now, but it's an important molecule, not bad as a small part of a balanced diet and fun to do science with, Michelle says.

The speed at which you cool it down will change how its molecules form and behave – i.e whether they become brittle, soft, transparent or opaque.

Rock candy is see-through and with jagged edges, while hokey pokey is brittle, bubbly and opaque.

"Hokey pokey is great for science because the kids can break it apart and look inside it at the size of the holes, they can feel the texture of it and compare it to the rock candy." 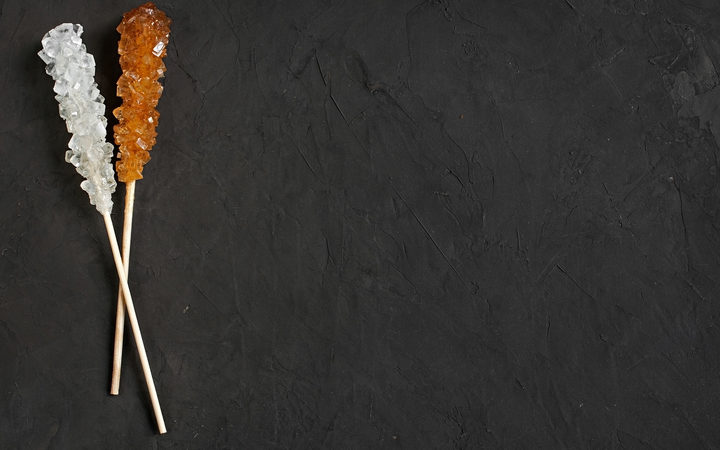 You need a bit of patience with this recipe as it the crystals grow over one or two weeks. The longer you leave them the bigger they'll grow, Michelle says.

How to make rock candy 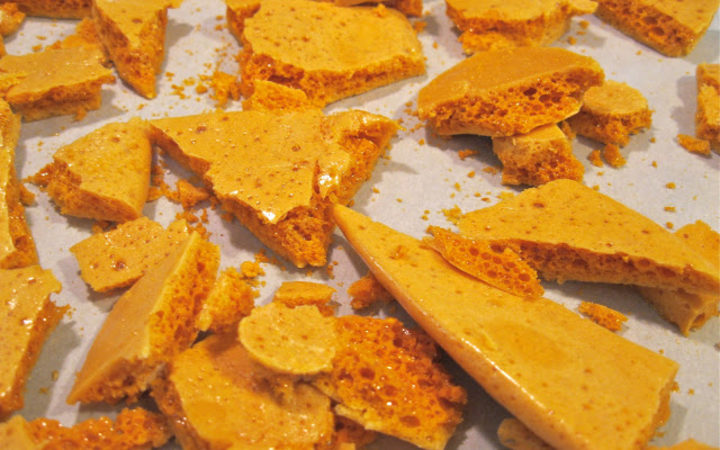 Photo: Bakeaway with Me

Hokey pokey is easy and fun to make, Michelle says.

Made it alongside instant ice cream and you can have homemade hokey pokey ice cream in under 10 minutes.

How to make hokey pokey

Science educator Michelle 'Nanogirl' Dickinson has just released The Kitchen Science Cookbook. She talks us through the process of turning simple cream into butter or instant ice cream. Audio