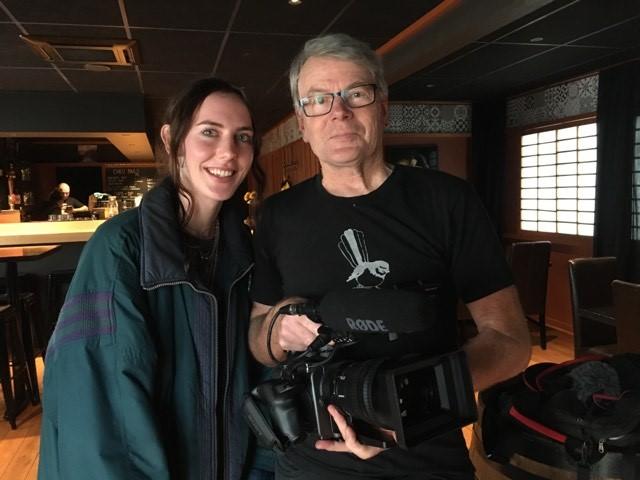 Father and daughter Nelson filmmakers Pete and Betsy Blasdale make a formidable team.  Their names feature in the credits of more than half a dozen films in the upcoming Top of the South Film Festival.

Pete's thing is documentaries - including one on the 375th anniversary of Abel Tasman's visit to Golden Bay,  and another that followed a bunch of vintage motorcycles and their riders around the South Island.

Pete passed on his love of film-making to Betsy.  When she's not filming for her Dad, she's out making her own music videos, and working for other film-makers in the region.  In fact this weekend she's working on an all-female actor and crew project for the Top Of The South Festival.

Lynn Freeman talks with Betsy and Pete, who tells her he started filming as a child, as soon as he could get his hands on his father's camera!

The Top of the South Film festival takes place in November.  Entries close on the 17th of August.