Dance Festival - taking it to the street

Street style, Ooshcon Masseurs says, is any form of dance culture that has been created by a community and that has been predominately practised or has thrived in carparks, garages, halls or clubs.

“In Aotearoa, the street styles that are predominately practised are vogue, krumping, popping, locking, breaking, waacking and Hip-Hop freestyle.”

Masseurs is one of the organisers of The Nest: Street Styles Solo Festival, platforming, amplifying street style dance forms and artists. 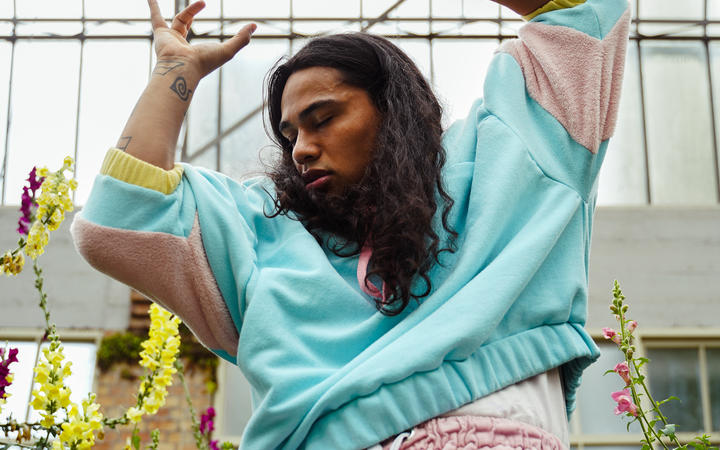 “[Street style] comes from the thriving, the joy and the work from Black communities, Latinx communities, Black culture, Black genius and we’re definitely here in Aotearoa finding our own versions of these styles,” he says.

“We’re partaking in the house of these other cultures, and I think a beautiful thing about the dialogue that street styles hold for us in Aotearoa is that it’s helping us find pathways to our own whakapapa.”

Masseurs says he’s been to a session – where people come together to krump – where there were 60 people in a carpark.

“I just find that so special and fascinating, that 60 people would get out their house, out the warm into usually the cold, at about 10pm, to dance with each other.”

Dance is a tool to help the communities uplift themselves and each other, he says.

“Also, queer culture’s been really fundamental to these styles as well,” says Hayley Walters-Tekahika, who was shoulder-tapped to create work for the festival.

Walters-Tekahika is a waacker. “A waacker is someone who, when they dance to the music, you should be able to see the music.

“So drilling the style, memorising music and then freestyling, trying to be as original as possible.”

THE NEST: Street Styles Solo Festival is on at the Basement Theatre in Auckland, starting this Tuesday.