Photographing Londoners through windows during the lockdown

Looking out from Within  - a series of portraits of Londoners looking out from their windows during the UK's protracted lockdown - is about to go on show at the Auckland Festival of Photography.

Just as arresting as the photographs are the stories of the people who agreed to pose for them.

Photographer Julia Fullerton-Batten is known for her highly cinematic, posed photographs created with a large production team.  But for this series, it was just her and her teenage son helping to carry her cameras. 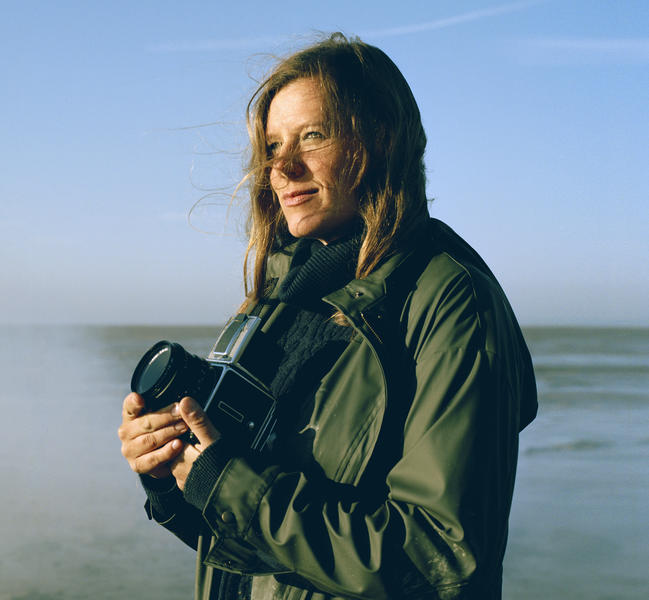 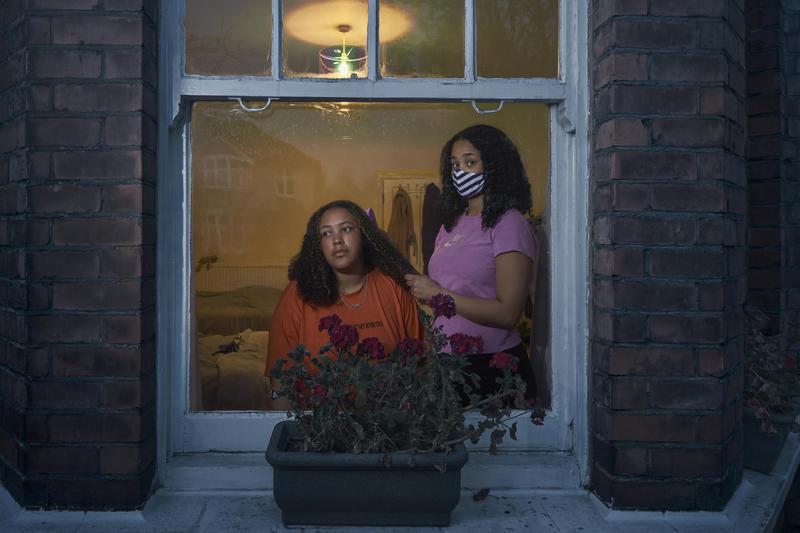 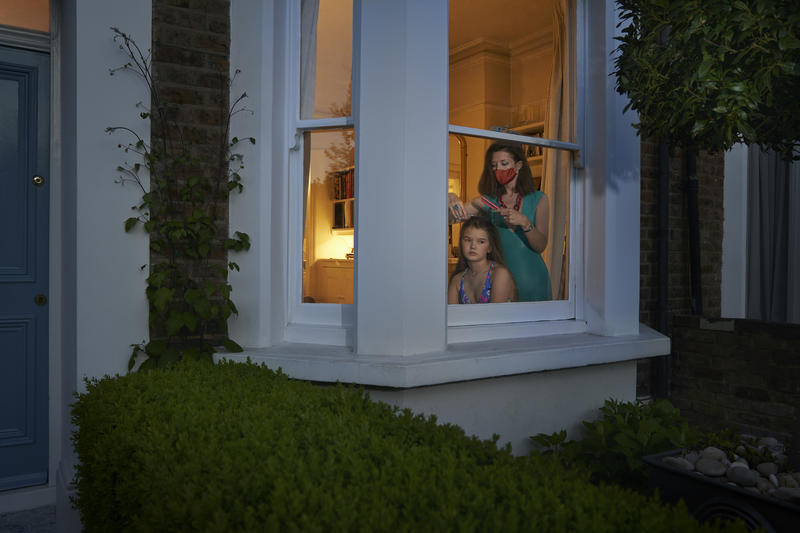 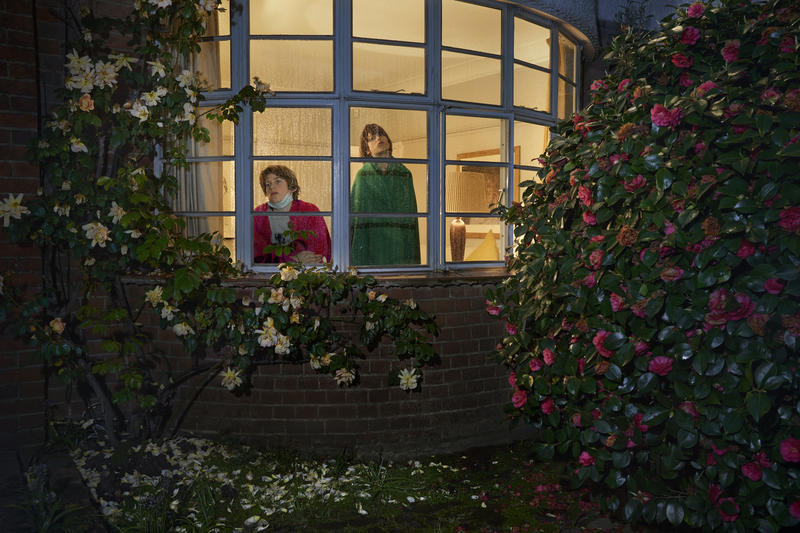 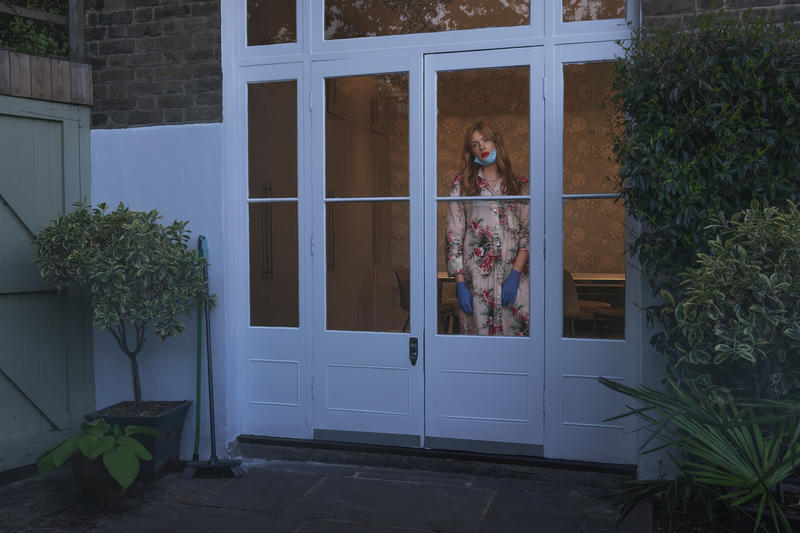 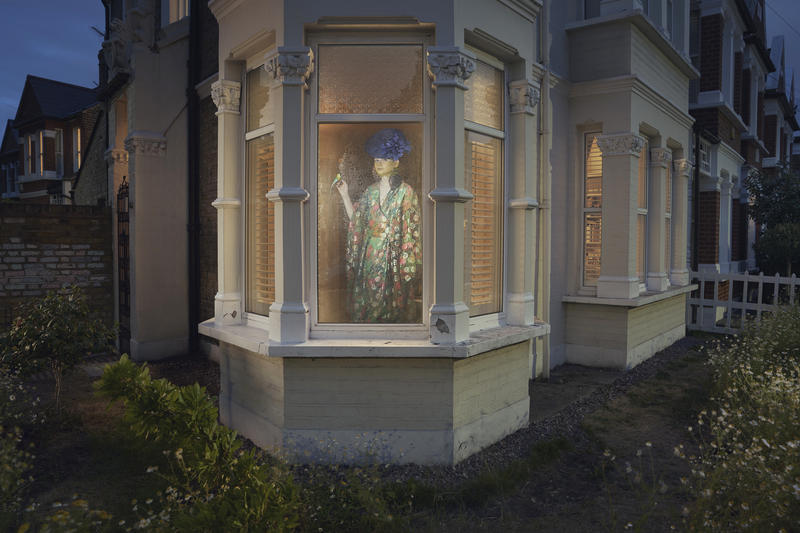 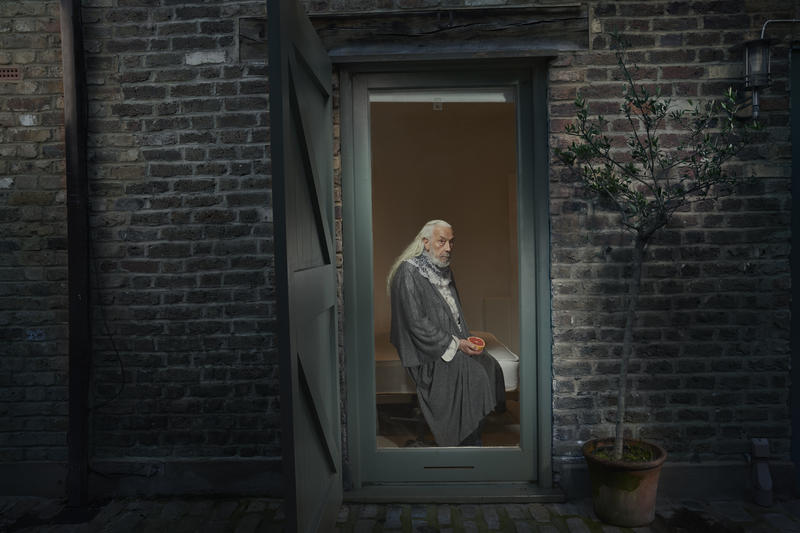 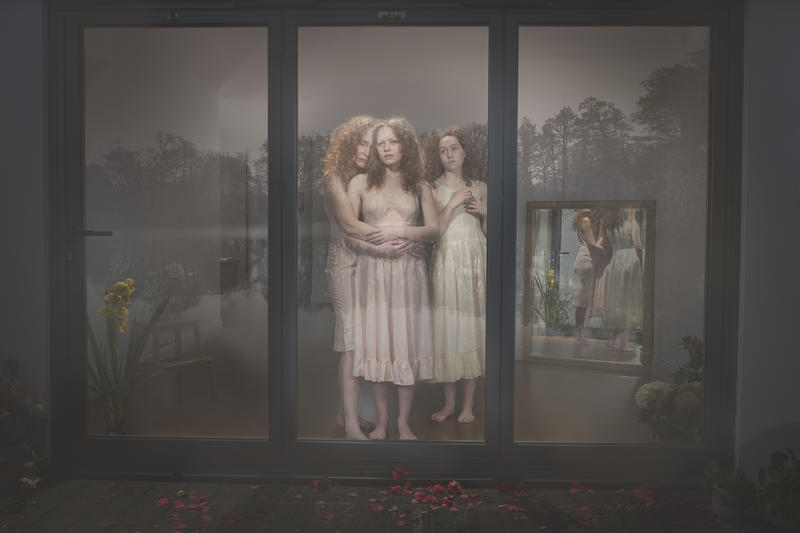 Fullerton-Batten tells Lynn Freeman she wanted to spend her lockdown documenting members of her community looking out of their windows out to a different world.

It was a “surreal time,” she says, but she wanted to capture that moment.

“One of [the reasons] was what am I going to do? I love taking pictures. The other one was I felt I had to record something in this very, very surreal time in our lives that certainly in my life we've never, ever experienced before.

“I know that a lot of photographers weren't shooting at the time, but I felt I really wanted to record it in one way or another. But it was very difficult for me to work it out to begin with because my work is very stylised. It's very cinematic. It's very staged.”

So, she put out the word in her community asking for subjects.

“I had such an amazing response from people I know in my neighbourhood, because I've been living here for over 20 years, but also people that I'd never met before or even seen before, and they just lived like two-three streets away.”

She is inspired by painters such as Edward Hopper, she says.

“He paints a lot of people through windows and what I'm very drawn to is photographing … it's nearly like a picture within a picture when people are framed by the window frame.”

As the project grew the subjects became more staged, she says.

“It became more elaborate, I took more time in preparation.

“So even though you might see a mother cutting or brushing her daughter's hair, things that people were doing at home, but I did set it up. It wasn't that I accidentally saw it and said Oh can I just photograph you?

“It's very, very considered, a lot of backwards and forwards before the shoot, what they're going to wear, what props we're going to have which window I'm going to photograph.

“I would always go and look at their house beforehand, sometimes two or three times, also at certain time of the day when twilight was the best time.”

The project was a pleasant distraction for her and her subjects, she says.

“I think they really enjoyed it because often I turned up there in the evening and I would bring a glass and we'd have a glass of wine together distanced.

“And then as lockdown eased we were able to be more relaxed, I'd end up in their garden, and we would chat at distance.”

One of her favourite subjects is Father Kevin.

“He's obviously a priest and suddenly he was in lockdown and he had to give the sermon in the church, but he would have his iPhone on a tripod and record himself.

“And that in itself was a very surreal and odd experience for him. But not only that, it was also people had passed away, not necessarily because of Covid, but he had funerals that he had to attend to but at a social distance.

“And that was really interesting to interview him and learn about how he approached that.”

So how would she pose herself to reflect life inside her own house during this time?

“I did actually photograph my boys at home. And it's a really beautiful image of them just standing there looking really, really bored.

"Now, if I were to do a self-portrait …I don't know. I would probably just be standing by the window just thinking about life and being reflective. I certainly wouldn't be standing there holding a camera or anything like that, because that would feel nearly too staged. But I think I would just be looking out the window - possibly in my dressing gown.”

Looking out from Within opens on the 31 May at Silo Park as part of the Auckland Festival of Photography.

And Julia Fullerton-Batten  will be launching a kickstarter campaign soon, so she can create a book of the images.