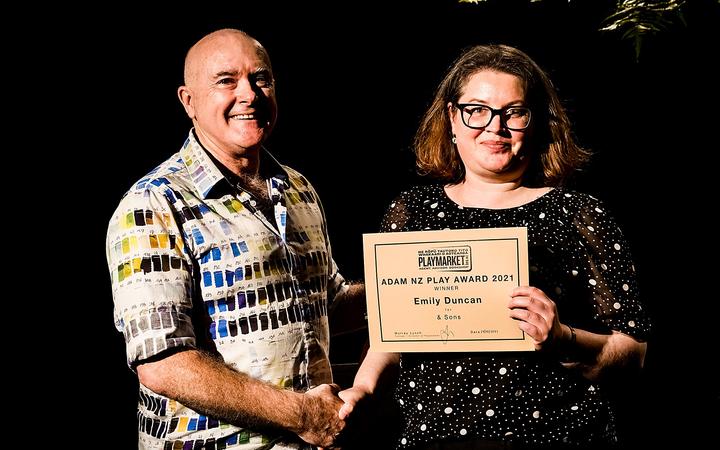 She also took out the award for Best Play by a Woman Playwright and the McNaughton South Island Play Award.

Just four months ago Emily received the Bruce Mason Playwriting Award, which recognises professional success in the career of the writer.

Emily's the co-founder of Dunedin-based Prospect Park Productions that's got a theatre show and a podcast on the go.

She talks with Lynn Freeman about & Sons.  It's a verbal sparring match between Sandra, about to retire from her job in administration at a shoe factory, and Ed, who's taken over the business from his father.

The runner-up for the Adam New Zealand Play Award was Katy Wolfe's The Haka Party Incident, which we featured in last week's Standing Room Only.