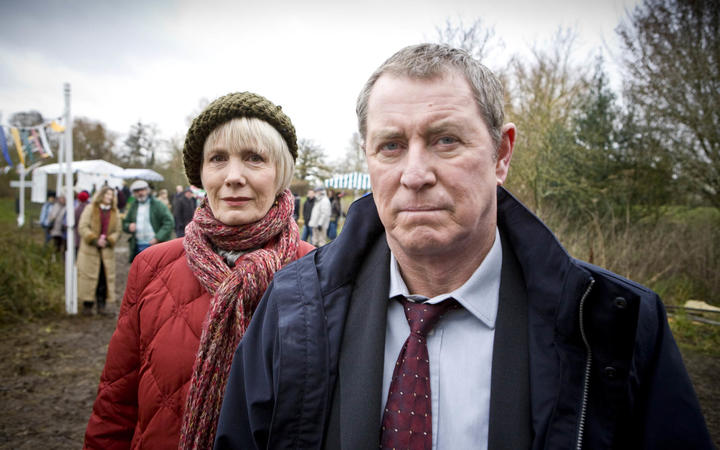 Death by cheese, by cricket bat and guillotine....For 23 years the British TV detective drama Midsomer Murders has been killing off people in and around the fictional village of Causton.  Anthony Horowitz - of Alex Rider and Foyle's War fame - was the original writer for the series.

And starring in the first 14 series was actress Jane Wymark, playing the wife of DCI John Barnaby.

She also starred in the original Poldark TV series as the abused Morwenna Chynoweth.