Since the 1970s film editor Annie Collins has been helping New Zealand directors bring their ideas to life.

Collins worked closely with the late Māori documentary maker Merata Mita, she worked on the Lord of the Rings trilogy, the popular documentary Gardening with Soul about Sister Loyola Galvin, and on three films with Robert Sarkies including Scarfies. 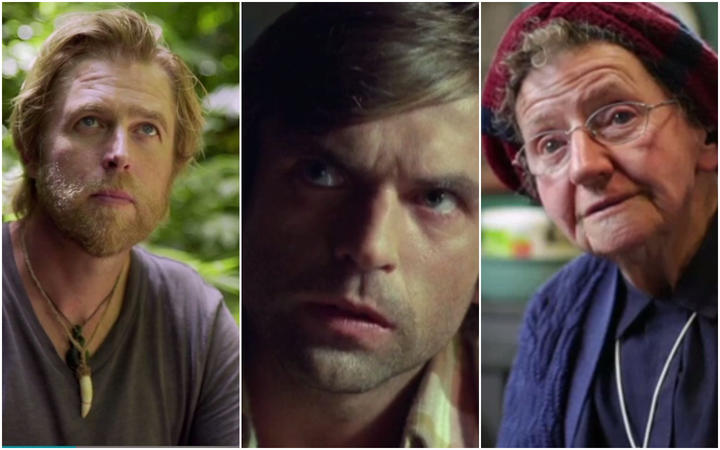 At the start of her career, Collins was sound effects editor on the Kiwi feature film Sleeping Dogs, and also worked on the sound edit of the original Goodbye Pork Pie.

Collins’ contribution to our film industry sees her being inducted into the Massey University Hall of Fame this week, alongside photographer Anne Noble, musician Jon Toogood and arts educator Gordon Tovey.

She told Lynn Freeman that when she started out in her career 40 years’ ago, there were few avenues available to her.

“I didn't have an apprenticeship at the National Film Unit, they were not in the least bit interested in me when I started out, nor was television and nor was Pacific films that were the only places you could go to in Wellington.

“That's where the Wellington Polytechnic came in because the tutor that we had in our last year [of graphic design], who was taking us through film, that tutor asked me at the end of the year, what are you going to be? And I said ‘I have no idea, I’m a bloody awful designer’ So he said, I think you should try editing, you should try film.”

Having knocked on various doors with no luck, she went back to that tutor, Pat Cox, for advice.

“He said I'm just starting out as an independent editing service in Wellington, he was the first in the country to my knowledge, and he said, if you can keep yourself alive, I'll train you. And that's what we did.”

Collins learned as she worked, she says and got a big break when Cox suggested she could work on the soundtrack for the film Sleeping Dogs.

“I didn't know what he was talking about, but off I went.”

Collins says she is as passionate about film editing as she ever was.

"It's very challenging and if there is some sort of essence, or feel within that footage, it really gives you something to get your teeth into. So, I don't mind when I get really rough-looking stuff coming through it makes you work your way around it.” 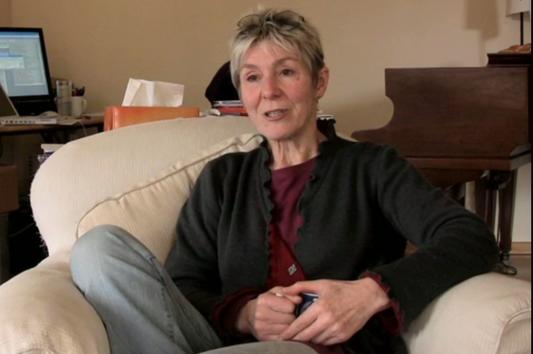 Always learning something new keeps her fresh, she says.

"I still love it. Part of that is because I’ve tried for the last five or ten years to take on jobs, projects, where I'm actually going to be learning something, because what is the point if I'm not still learning?”

She is not an editor who likes to be on set while a film is being shot, she says.

“I'm one of the editors who never goes on set and the reason I don't do that is because all of the stuff that goes on, the waiting around, the waiting for the light to change, the freezing cold, all that sort of stuff, that colours how I see the footage.”

The first time she sees any footage is in the editing suite.

“When I first see those images come up, my eyes are completely fresh. And I just have a response to the shots just as you would as audience sitting for the first time with the finished film. And so that first response that I have is the most critical information that I can get about the footage that I'm working with.”

That distance from the set and script also gives her insight into choosing takes, she says.

“The assumption is there that the last one’s [take] the best one, if you've got seven takes or something, it could be that the director has called for take four and six. Those are what we call the print takes.

“I take a certain amount of notice of that, but not a lot. I have to look at everything. Because, and this is where the fresh eyes come in, a director has been living with a script sometimes for up to five years and they're looking for what they are trying to get into the frame and from the performance.

The script is a “working document”, Collins says.

“Because words on paper are very different from the essence of images, they have a quality all their own. And so, I watch for that quality.”

The quality of her relationship with the director of a film is paramount, she says.

"When I'm working with somebody I haven't worked with before. I am trying to have time with them before the shoot starts, so that I get a feel of how they're working and how they're thinking.”

That helps build trust, particularly with a relatively inexperienced director, she says.

“I don't jump in with a new director and overlay what they're trying to do with ‘all my years of experience’, because actually, they could be doing something, and I hope they're doing something, with footage, with a story that I've never seen before.

“Otherwise, it's boring for me. But there needs to be enough trust that I keep back and don't go on set and tell them what they should be doing, or whatever - it's a really delicate balance.”

Collins has spent much of her time recently training emerging directors, many of whom have come from a DIY culture.

This technical deficit can be the enemy of creativity, she says.

She says she hesitated before accepting the invitation the Hall of Fame.

"One of the really terrific things was knowing that Gordon Tovey is one of the one of the recipients and Gordon's long gone, but three years ago I co-edited Jan and Luit Bieringa’s documentary on Gordon called The HeART of the Matter. So, I feel like I am in company with a well-known friend and I'm just really delighted to be alongside Gordon.”