Births, Deaths, and Marriages with Bea Joblin and Sophie Lloyd

A self funded New Zealand feature film in the style of a mock 1990s home video is about to screen around the country - six years after it was shot.

Births, Deaths and Marriages was filmed over three weeks with a large cast crammed into a small house.

Writer and director Bea Joblin wrote the roles for her actor friends, and for her mother Geraldine Brophy, who plays the matriarch Ngaire in the film.

New Zealand International film festival audiences had the chance to see Births Deaths and Marriages last year ahead of its general release next month - no mean feat for a low budget feature film. 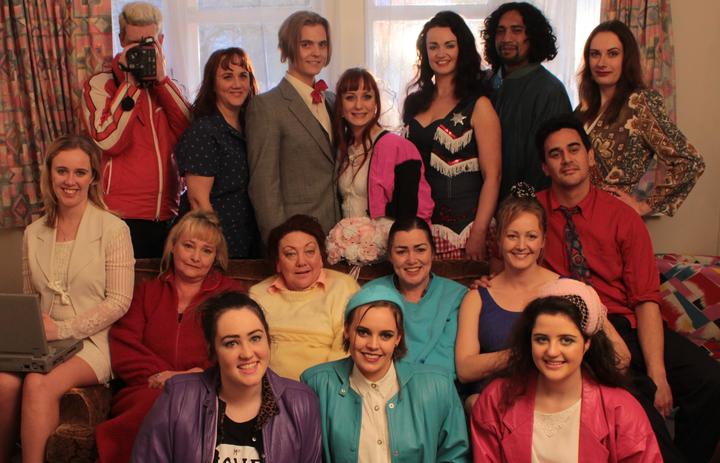