School Students Take on the Rights of Prostitutes 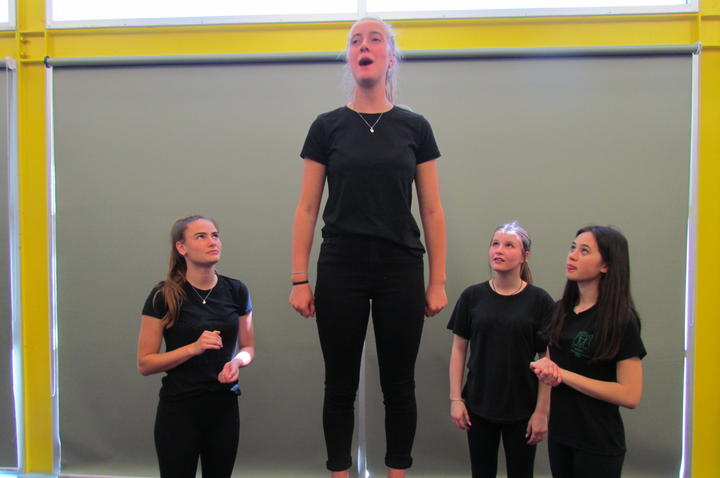 Four students at St Oran's College in Lower Hutt who have devised a short play about prostitution law reform, have been invited to perform the work by the New Zealand Prostitutes' Collective at an upcoming national conference.

The Presbyterian school students interviewed sex workers' rights activist Dame Catherine Healey for the work, as part of a theatre project about protests. Just before they left school on study leave, Lynn Freeman went to the school to meet them and their teacher Helen Jones.  They were all proud and excited about being invited to perform the work, which left Dame Catherine Healey in tears when she first saw it. 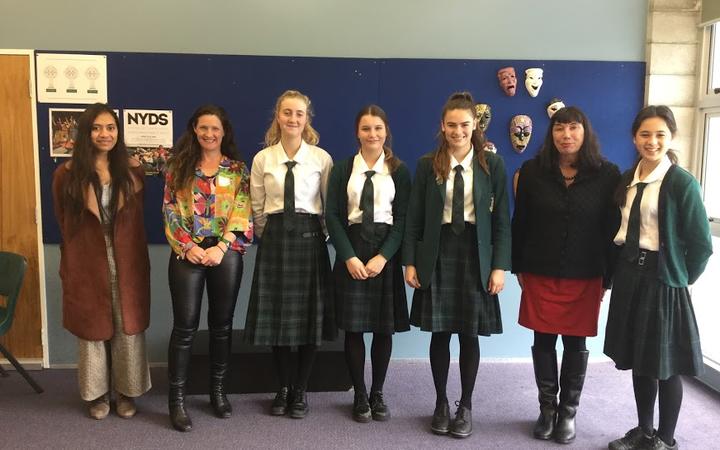 We hear from from Emma, Tyler, Phoebe and McKenzie who'll be performing their devised work at the New Zealand Sexual Health Conference at the James Cook Hotel, Wellington later this week.