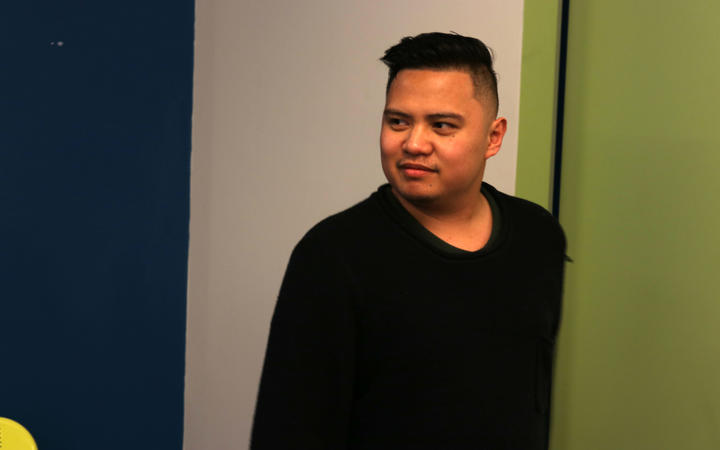 A chamber piece about two long lost friends and their long held secrets is how Matthew Loveranes describes his play MoodPorn. The script was selected for Playmarket's Asian Ink competition last year and now has its first production at BATS theatre in Wellington. See our spread of rehearsal images.

Loveranes is a young writer to watch. Shorlisted by Playmarket's Playwrights b4 25 competition, with its "intriguing, opaque title and language that beautifully balances poetry with finely observed realism".

Atlas (Ali Foa'i) and Jane (Heather O'Carroll) are long lost friends from uni. It's been years since they last saw each other and each are percolating some long-harboured secrets and passions. Seeing each other again seems to trigger an outflowing of emotion, some of it unwanted, and what comes out isn't always pretty.

"I wanted to write a tender, juicy steak of a play that had different and complex flavours the more you chewed on it," says Matthew. With a Master of Arts in Scriptwriting from the International Institute of Modern Letters, MoodPorn marks Loveranes' first script since graduation. "I went back to a tried and tested recipe: I wrote a chamber piece where secrets have been marinating between two flawed, interesting, vulnerable people. And I'm pretty satisfied with what I've made."