Elizabeth Sneyd is NZ's first ever Music Teacher of the Year

"Highly unconventional" is how Elizabeth Sneyd describes her own teaching methods.

"If you saw me on one single occasion you'd probably think 'goodness me, the kids are just larking around, like that's going to produce any results," she tells Mark Amery. 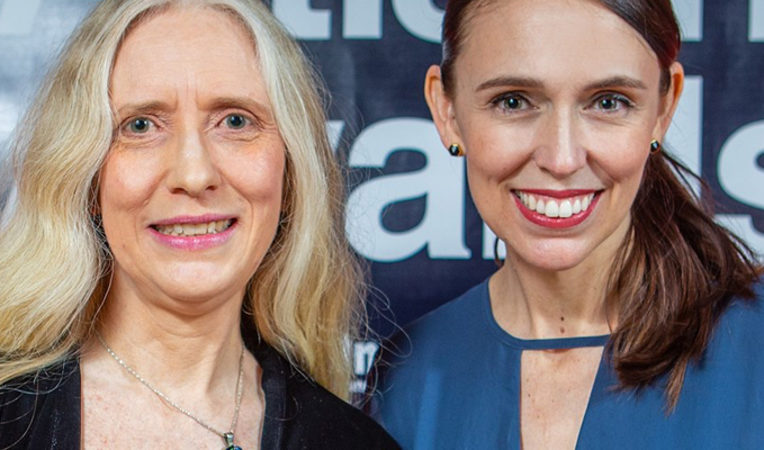 Since 2013, Elizabeth and her husband Craig Utting have provided free music tuition for young people in East Porirua and created the Virtuoso Strings youth orchestra which has become one of the best in the country.

She first started offering music lessons for free after meeting some talented children who were learning piano with Craig.

"It made me think, there's gotta be some keen string players out there.

"It just didn't seem right that only a privileged few could access music tuition.

"You need a lot of disposable income to be able to afford extras like music lessons and not many people can afford that."

There are other barriers just as big as the financial ones, Elizabeth says.

Kids who grow up in Porirua don't see any role models in classical music so have no reason to believe they could succeed in that area.

"The kids loved our chocolate muffins... and after time they loved the violin, too."

Before long, the Porirua community stepped in and hundreds of people are now working behind the scenes, she says.

"Nothing would have progressed if we didn't have that dad putting out the music stands, that grandmother making the sandwiches in the kitchen, that person doing the Facebook posts… Nina driving the kids around to all the lessons."

Elizabeth concedes that the violin doesn't always sound so good on its own, but it becomes a special instrument when 100 kids are playing in tune together.

A sense of shared purpose can be achieved easily with string instruments, she says.

Elizabeth likes to ask her students how playing the violin makes them feel then say 'let's each feel that as we play'.

"The kids feel it and the parents who are watching feel it. It's the power of a group."

Kids living in places like Porirua often have very few options available to them, she says.

"It shouldn't just be rugby or boxing. It should be rugby and boxing and/or violin and singing and science and mathematics and a whole array of sports. Kids need opportunities fullstop."

Elizabeth believes a good teacher is one that doesn't preach but can impart the idea that if you work at something repeatedly you'll be able to achieve it.

"Somebody that's willing to take the time to figure out how a particular kid learns… there isn't a single way of learning… and [also] just loving doing it."

A teacher's biggest challenge is to get students into a state of mind in which they believe they can learn, she says.

"You can't learn when you're upset… It seems so obvious in some sense, but I think a lot conventional teaching methods don't really address that core point."

"We have lots of notes to learn… I say to myself 'we can do it, we can learn all those notes'.

Elizabeth Sneyd will be awarded NZ Music Teacher of the Year at the Vodafone New Zealand Music Awards on Thursday 15 November.