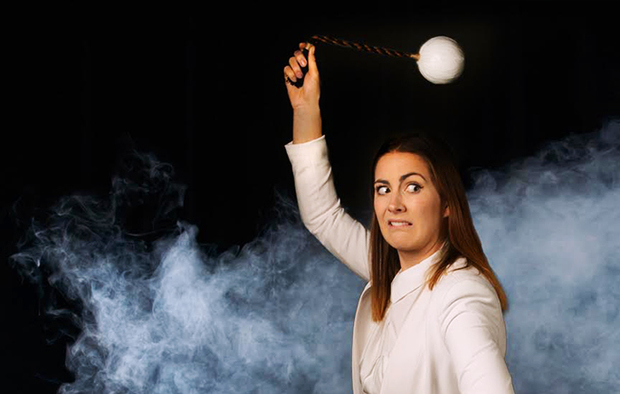 If you're looking for exciting new ideas about things that matter - on TV, on film, even on cutting-edge web-series - you're probably looking in the wrong place.

Independent theatre is where it's at right now, and it seems to be buzzing.

Case in point, a new one-woman show that's about to play at Auckland's Basement, and then Wellington's Bats. It's called Vanilla Miraka, Hayley Sproull's personal story of what she calls her "cultural cluelessness". It's directed by the tireless independent theatre queen Jo Randerson.

“I wasn’t raised in a strong Māori context at all, not that it was discouraged, it’s just that it wasn’t really a strong part of my life and it was only as I got older that I got more curious about it.

“It’s only because I left it so late to investigate this side of me, that’s where this feeling of, ‘I’m not allowed to know or I’m not allowed into that world.’”

The show was created with the intention to provoke conversation. With theatre, that conversation can happen instantly, right in the same room.

“It feels more like a conversation when I am actually looking at my audience and asking them these conversations and sharing my point of view with them.”

While Vanilla Miraka is specific to Hayley’s experience as a Māori woman, a preview season brought up some interesting points from audience members.

“The conversation wasn’t exclusive to those with a Māori heritage, or a mixed Māori heritage, we had people from Germany who came up and said I feel similar in the way that I connect with my heritage, which I think is quite common these days. It is a disconnect from where you come from and where your family comes from.”

It was that feeling of disconnect that inspired Hayley to create a theatrical work about it, and connecting with her Māori heritage has become a larger investigation in her life, she says.

“It’s that feeling of, I’ve walked one path for so long, but I don’t want to choose between which one I walk. I want to stumble around both of them.”