Restoration of the silent classic Moana 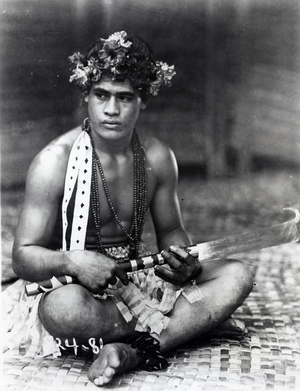 Ninety years ago American filmmaker Robert Flaherty decided to follow his hugely successful Inuit documentary Nanook of the North with another one set in faraway places - this time in exotic Samoa.

Moana followed the life of the young son of a tribal chief, and captured on film the villagers' daily lives - fishing, making garments, singing and dancing. Originally Moana was a silent film, with a soundtrack added later by Robert and Frances's daughter Monica.

Now it's undergone a massive restoration project. Lynn Freeman talks to Samoan-New Zealand film-maker Makerita Urale and to Diane Pivac from Nga Taonga Sound and Vision on the eve of the restored Moana's first public screening. She also talks to film restorer Bill Posner about the process of reviving such and old film.