Beyonce, a Haka and a Viral Video 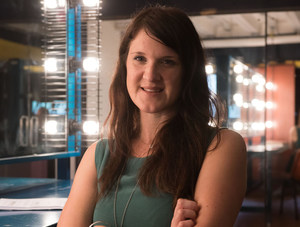 Beyonce's response to a spontaneous haka performed backstage during the singer's 2013 New Zealand tour, was an online sensation - not entirely in a good way. Beyonce posted a video of the spontaneous haka online...and her spontaneous reaction which included putting her tongue out and slapping her thighs. While those involved in the haka seemed delighted with her excitement, online comments were often vicious. Now an essay about the response to Beyone's response, if you get our drift, has won Nicola Hyland  - who's a Lecturer in Theatre in Victoria's School of English, Film, Theatre and Media Studies - an international prize. Nicola takes Lynn Freeman back to that night in October 2013.