From aeroplanes to guitars 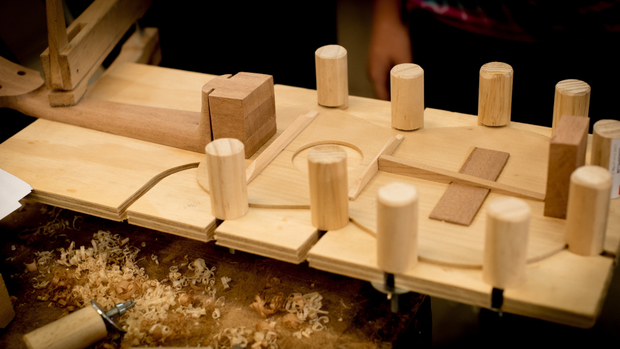 Five years ago, Dave Gilberd left behind a career in aircraft engineering to pursue the art of guitar making. It might seem like a giant leap, but the craftsman can see plenty of parallels. In particular, he is drawn to the science and accuracy involved in the process. 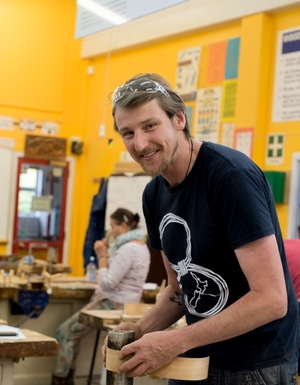 "Physics is the parallel and it's what really got me interested in making instruments. I take a very mathematical approach [because] there are some fine measurements required and its all about the strings vibration being turned into audible sound," he says.

So far, Gilberd has produced around 30 guitars. Making one for international artist Sinead O'Connor ahead of her appearance at WOMAD last year has been one of his highlights.

"There was indeed pressure to build a great instrument, but I put everything I have into every client build so I was backing myself to make a good one."

The guitar was constructed with the singer's son, Jake, and made almost entirely of New Zealand timber.

Gilberd gifted the guitar to the singer on her arrival in New Zealand.

"Meeting Sinead was an awesome moment and she was really appreciative with a great sense of humour," he says.

It can take up to three months to handcraft a guitar. But when Gilberd isn't facing the creative challenge of producing custom instruments you're likely to find him teaching people how to make their own on a smaller scale. 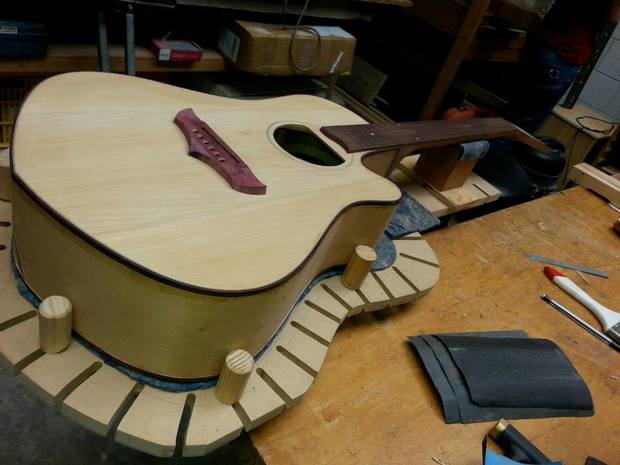 "There are the same amount of stages involved as making a guitar, but a guitar takes a lot longer. There is still plenty that can go wrong," he laughs.

Listen to the audio story where Sonia Sly heads to a Ukulele making workshop to find out what is involved.