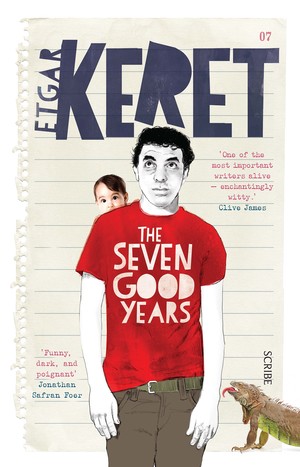 Etgar Keret is one of Israel's best known writers. Usually he writes in Hebrew, but his last book The Seven Good Years – a memoir covering seven years from the birth of his son to the death of his father – is written in English and not published in his homeland.

It is, he says, just too personal – he feels safer sharing his most personal writing with strangers. Etgar isn't overtly political, but his observations offer a rare insight into life in Israel and how it's changed comparing his upbringing to his son's life,

Etgar Keret has written short fiction, graphic novels, screenplays and radio broadcasts. He will appear at the 2016 Writers Week in March.