The Digital Age of DJing 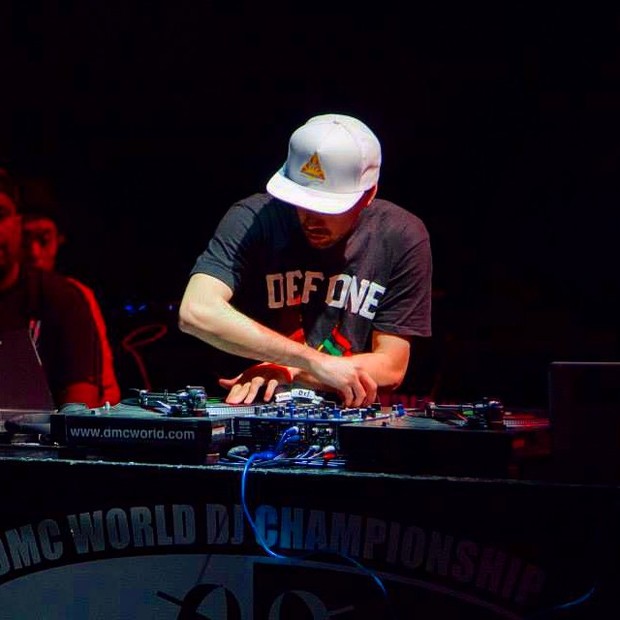 “I hate clubs, I don’t really drink that much, I play music that only I want to listen to… I must be the worst kind of DJ!”

Haden Gilgen aka DJ Spell is quiet and unassuming – traits that you would not expect for a man who can perform in front of crowds of thousands, as he did at last year’s DMC finals held in London last September.

DMC or Disco Mix Club, started out as a radio show in Luxembourg in the early 80s, giving birth to DJ competitions from the mid 80’s and eventually opening up opportunities via the internet. The DMC champs are held annually, starting with international online rounds where DJ’s record their sets from the seclusion of their own homes or studios.  The qualifiers from the final round head to London for what sounds like a massive stand-off.

A graduate of Hip Hop pioneer DJ Raw’s DJing school at Whitireia Polytechnic, Spell says that attending the course was a means to learn from the best that New Zealand had to offer, and upon graduating Spell encountered early success, competing in competitions that took him to Poland and Canada, with London evading him until recently.

Like any good performer, Spell is an artist consumed by his passion for music, but was let down by nerves whilst competing in the DMC’s in 2013.

“Yeah, I worked really hard and nerves just got the best of me. I get really nervous… but I’m pretty much over that now,”  he laughs.

Having since dealt with his nerves, and coming out 8th in the world at the DMC’s 2014, this year Spell has the opportunity to defend his New Zealand DMC title, which he says is ‘a stamp of approval to his name.’  But DJing wasn’t his first love—it was B-Boying that opened his eyes to the opportunity and Spell feels that this background gave him a greater understanding of what it means to battle: “I started breaking in 98’ but I found out a couple of years later [that]  I wasn’t actually that good, so I kinda stopped [and ] that’s how I got into DJing”

No longer on the floor trying to impress with fancy footwork and tricks, instead, Spell battles on the decks controlling the music; his swift handiwork across the turn-tables can either aid or impede a B-Boy’s next move on the floor, and for Spell, this enables him to produce intricate mixes that surprise an audience.

“Making beats is all I think about. Sometimes I really hate it. I look at all my friends—they all have super good jobs and I’m like a super poor DJ, [but] I can stay home and make beats every day…I must be doing something right.”