On today's show we start at 12.30pm with a trailblazer, painter Jacqueline Fahey. And after 1pm two fine contemporary women artists Fiona Jack and Elisabeth Pointon consider the politics of the workplace in their art in the Dowse exhibition The Future of Work, while critic Pauline Kael is the subject of today's At the Movies and Laurence Aberhart recalls a trip to the Auckland Islands with his friend painter Bill Hammond, the subject of a new Christchurch Art Gallery show. Our guest on the Laugh Track after the 2 o'clock news is Amanda Alison -  the creator of TV3 's new sitcom, Mean Mums and then - providing today's msuical theme - debut novelist Laura Southgate. Her book The Boyfriend provides no boy meets girls traditional narrative - instead it questions what exactly is a boyfriend.

Then we speak to one of our most talented young composers Salina Fisher  who is the new composer in residence at Victoria Unversity, and - before the 3 o'clock news - Christchurch music label Melted Ice Cream. The audio cassette tape is making a comeback at the centre of the current Christchurch indie music scene. Finally in the Drama at 3 an acclaimed solo performance from actor/writer Renee Lyons.  She plays Nick an Accidental Hero - a young man with locked-in syndrome, the medical condition that sees most of the facial muscles paralysed. 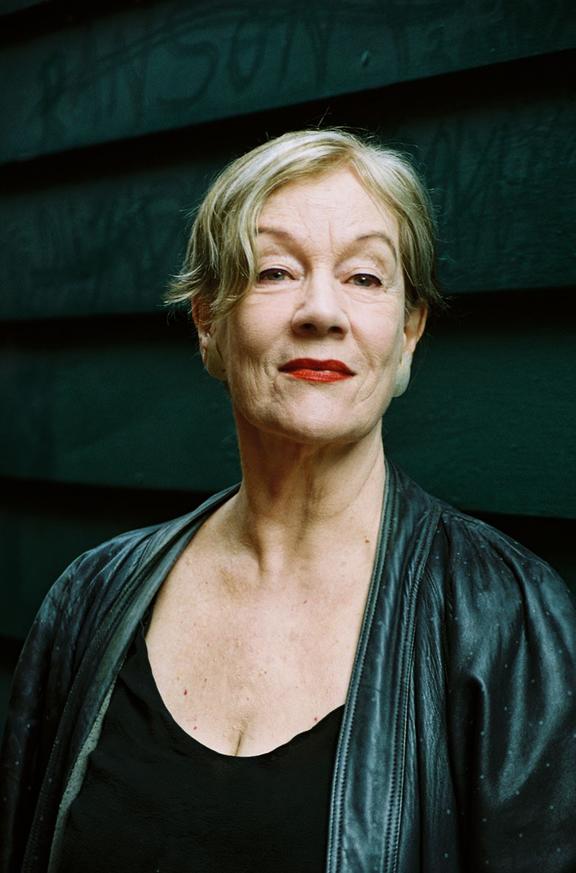 "When I got pregnant a number of writers and painters explained to me that I would no longer paint. That my creativity would now reside in my womb, that only women who didn't have children persisted in the arts."

Has a New Zealand living artist had a more remarkable career than painter Jacqueline Fahey? 90 and still painting and writing, Jacqueline graduated from Ilam the Canterbury School of Fine Arts in 1950 and has been painting ever since. Then, she was a contemporary of fellow women trailblazers like Rita Angus and Doris Lusk. Indeed back in 1964, Fahey and Angus organised what is considered to be the first deliberately gender-balanced exhibition of artists in New Zealand at the Centre Gallery in Wellington.

By the 1970s while the art scene was dominated by male abstract painters, Jacqueline was at home raising children but at the same time producing some of her finest work - domestic scenes that fiercely spoke with humour and a joy of life to the frustration of suburbia and the place of women. Colourful and daring psychological narrative scenes that were determinedly out of kilter with the prevailing fashions. 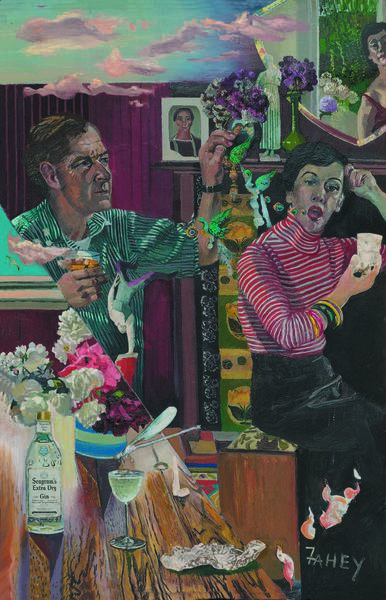 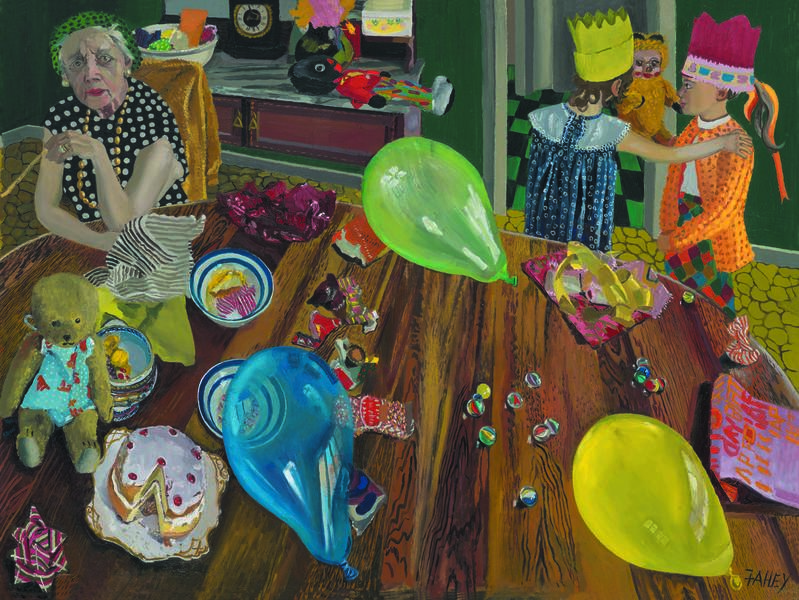 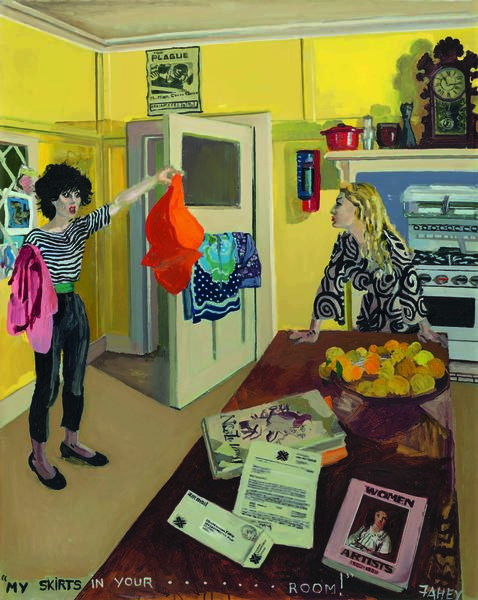 Jacqueline Fahey My Skirt's in Your Fucking Room 1981

Fahey has focussed on painting the people in her life for over five decades; so it's apt that her latest survey exhibition is at the New Zealand Portrait Gallery in Wellington, opening August 1. As the gallery say, Suburbanites sees "love, loss, family, friendship, frustration, chaos, conflict and aging spill into the frame of portraiture." with Fahey's vantage point moving from the dining table out to the streets and the skate parks.

Mark Amery talks to Jacqueline about a lifetime devoted to art.

Simon Morris reviews Rory's Way, and the remake of aniumated favourite The Lion King.  And he talks to director Rob Garver about his Film Festival documentary What she said - the art of Pauline Kael. 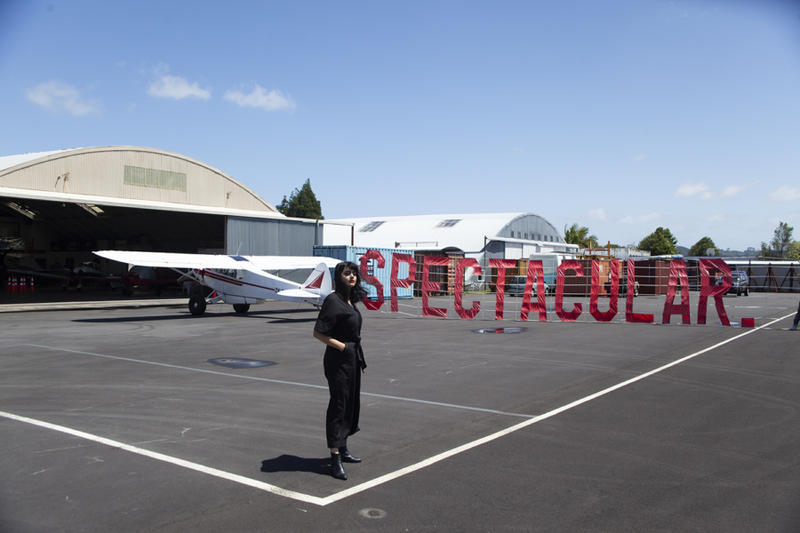 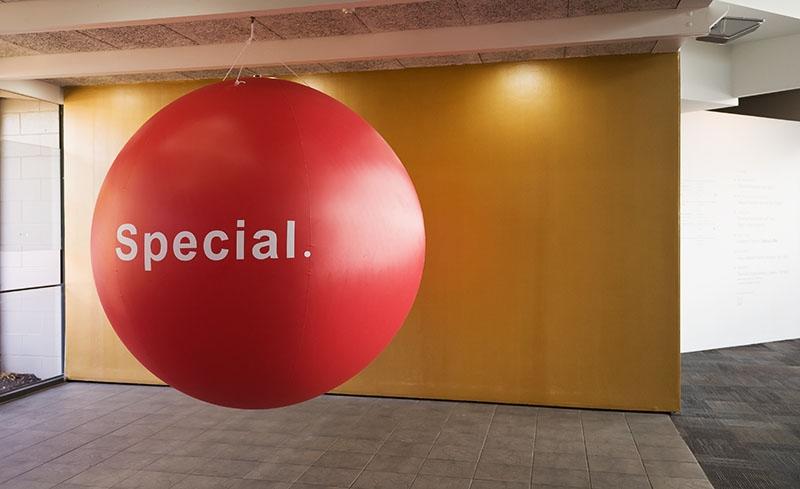 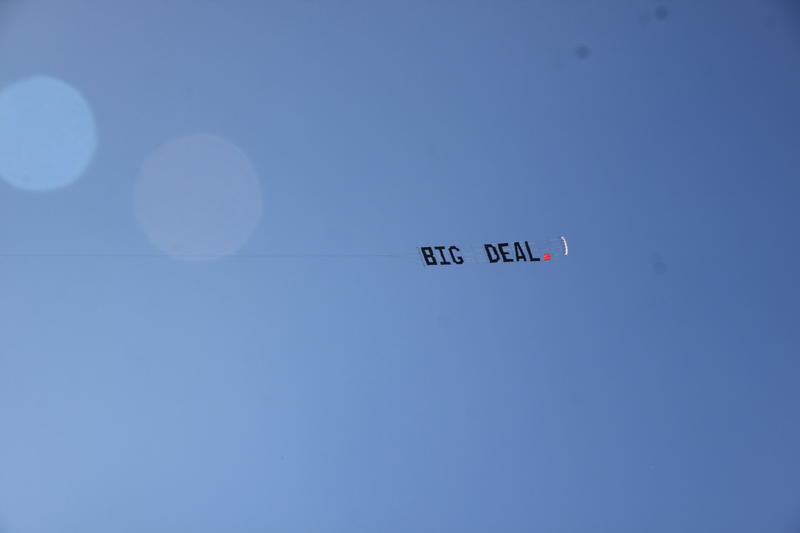 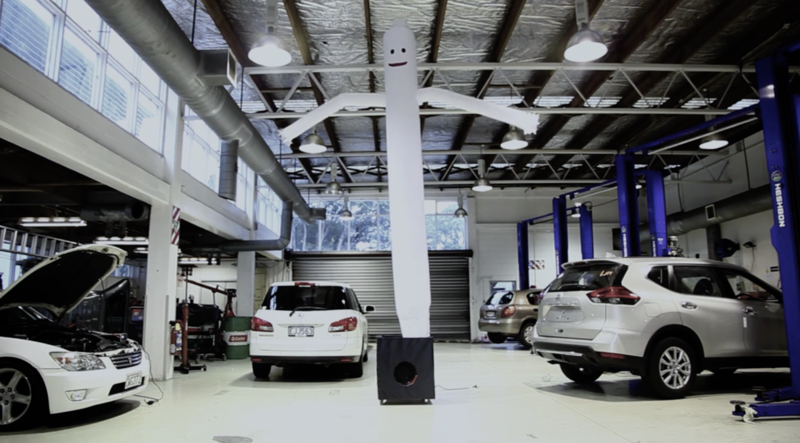 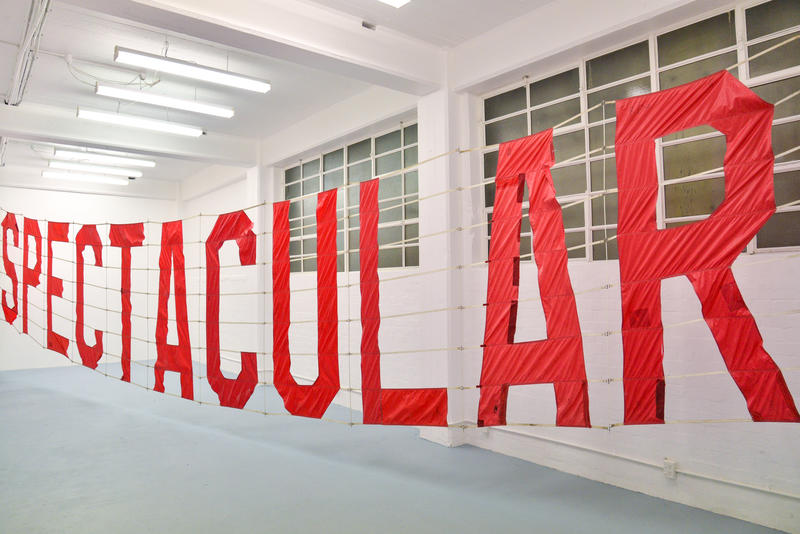 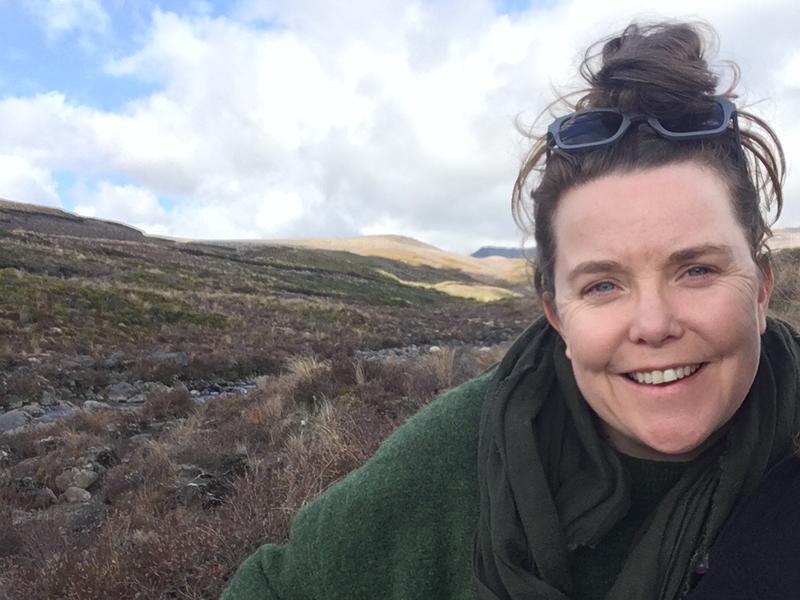 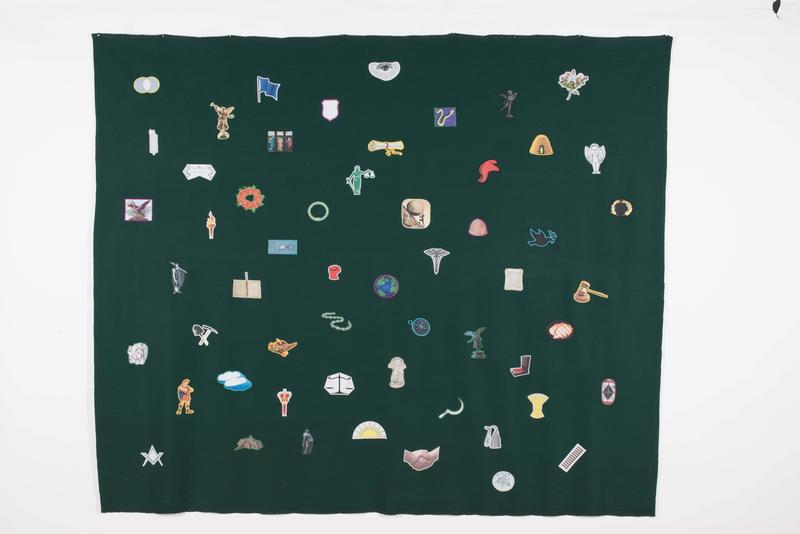 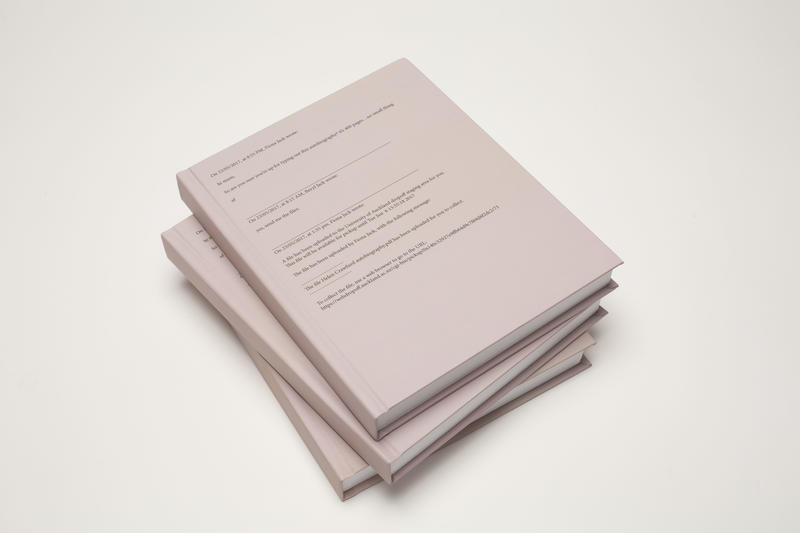 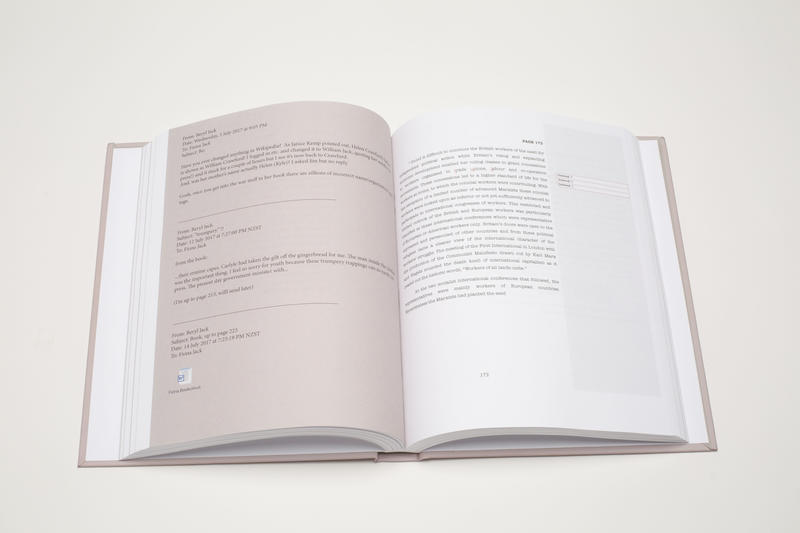 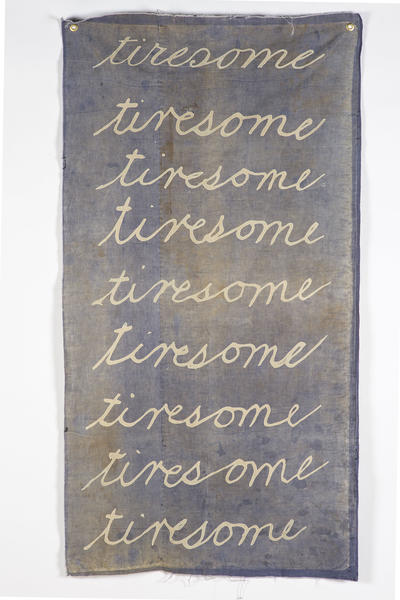 Technology, globalisation, legislation... They've all changed when and how we work, putting pressure on the stability of employment and workers' rights.

This is the subject of The Future of Work, an exhibition at the Dowse Art Museum in Lower Hutt featuring projects by over a dozen artists.

Lower Hutt itself is a city with strong working class roots with a wide variety of industries - even if many are now gone or greatly reduced.   It was a Petone carpenter Samuel Parnell who once fought for and won the right for the eight hour working day.

The Future of Work includes a Griffins Biscuits factory workers reunion, there'll be a 'co-working' space in the middle of the gallery, and a nice big 'Director's Office' sign pointing to Dowse director Karl Chitham's office that overlooks the gallery floor.

Mark Amery spoke with two of the artists. Fiona Jack and Elisabeth Pointon.  For four years Elisabeth was of all things an official artist in residence at a luxury car dealership!

The Future of Work opens this week at Lower Hutt's Dowse Art Museum. 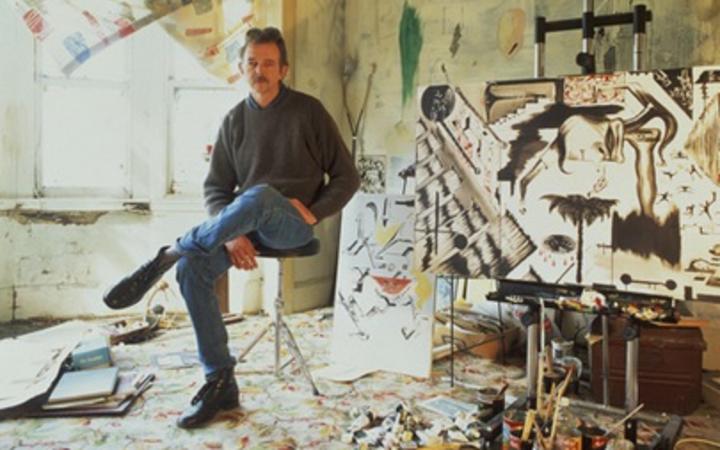 He's one of our greatest, most eccentric and best-loved contemporary artists - Canterbury painter Bill Hammond.

And he's about to have an exhibition at the Christchurch Art Gallery Te Puna o Waiwhetū named after his other great skill - Bill Hammond Playing the drums.  But Simon Morris already knew that.

He first saw Bill playing washboard with the legendary Sixties Christchurch jugband The Band of Hope, and later had the honour of playing with him for a month or so in a covers band in Lyttelton. 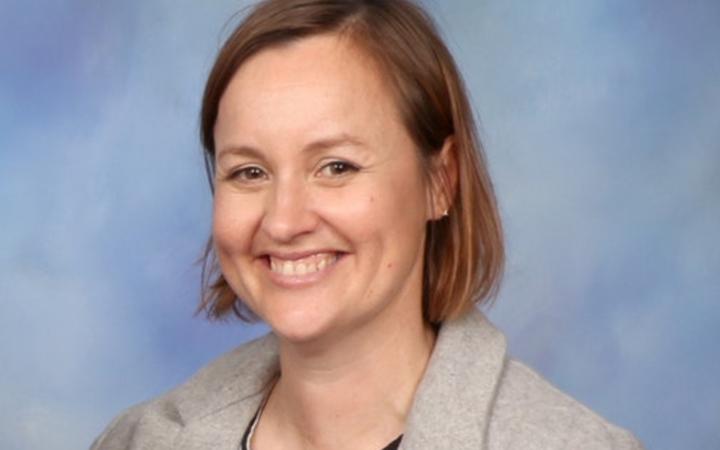 TV situation comedies - they're the impossible dream, particularly in New Zealand.  But to be fair, a really successful sitcom is pretty rare anywhere, and the best ones don't happen by accident.

You learn from experience, which is tough here where sitcom experiences are pretty few and far between.   But today's Laugh Track guest has had more experience than most and it paid off last week.

Amanda Alison started out writing sketch shows like Only in Aotearoa, then web-series Lucy Lewis Can't Lose.  She wrote gags for 7 Days and scripts for Taika and Jemain's Wellington Paranormal.

2:25 Laura Southgate and The Boyfriend 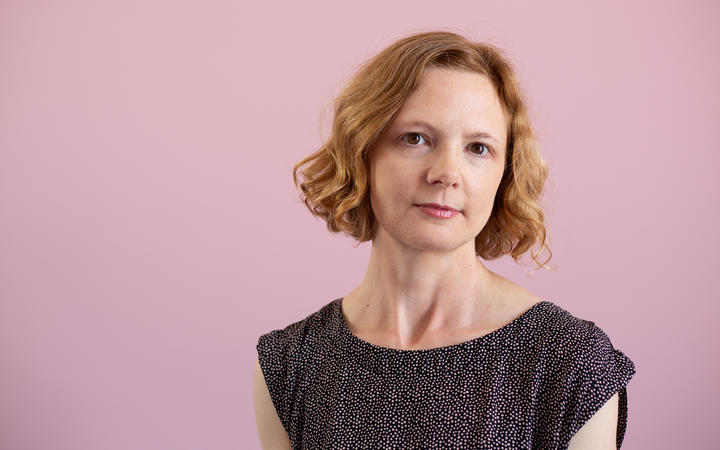 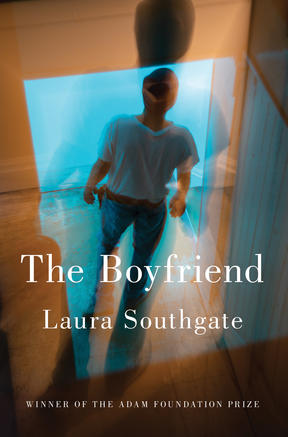 The Boyfriend is the debut novel of Laura Southgate.  It's a book that deals with the confusing, often painful time of finding yourself.

It's the story of Erica, moving from her teens into her 20s and finding herself in a relationship with a middle-aged man who, put simply, just won't go away, but who she continues to find herself drawn to.

The book won Laura the Adam Prize last year at Victoria University, and it's been picked up by a top UK agent for international release next year.  Mark Amery talks to Laura Southgate about the inspiration behind the novel.

The Boyfriend is published by VUP 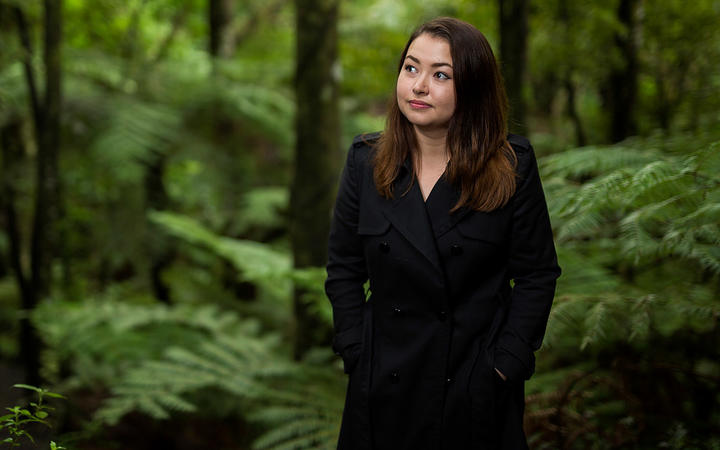 This year's Creative New Zealand Composer-in-Residency at Wellington's Victoria University is one of our most gifted young composers Salina Fisher.   Salina's just returned to New Zealand this month from New York where she completed a Master of Music in Composition at the Manhattan School of Music, along the way winning the prestigious Carl Kanter Award in Orchestral Composition.

Salina however is no stranger to awards.  In 2016 she was the youngest winner of  the SOUNZ Contemporary Award for composition, and the following year she won it again.   Last year the NZSO commissioned a major orchestral piece from her - Tupaia inspired by the great Polynesian navigator that Captain Cook encountered on his voyage.

She talks to Mark Amery about what the residency offers her, and a current crop of commissions for the APO and Stroma.

Salina has a rather busy September coming up. There's the Murmuring Light  having its NZ premiere with the APO, a piece touring commissioned by Chamber Music New Zealand, and the New Zealand premiere of Salina's work Kingfisher with ensemble Stroma. And Coastlines the work we preview at the beginning of this item is available as a free download for the rest of the month on our website at Podcast Classics.

2:50  The return of the audio cassette in Christchurch 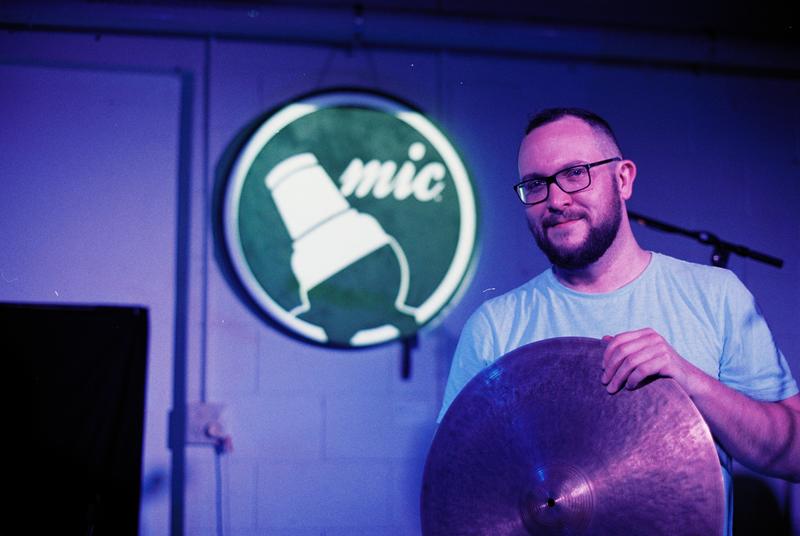 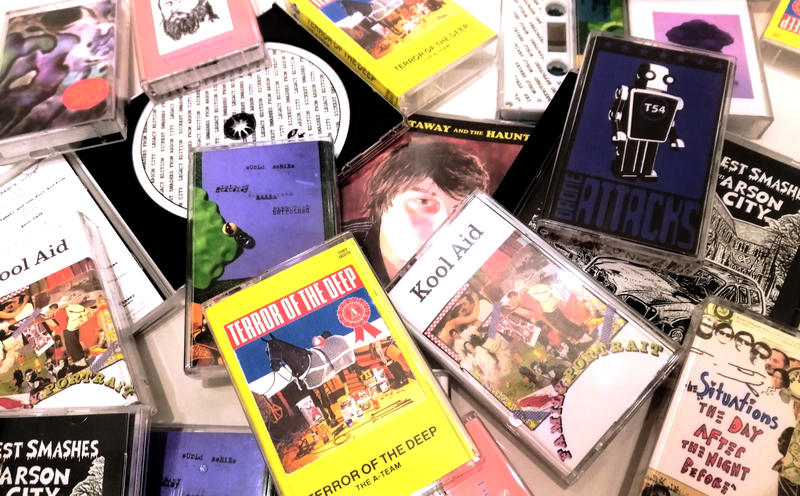 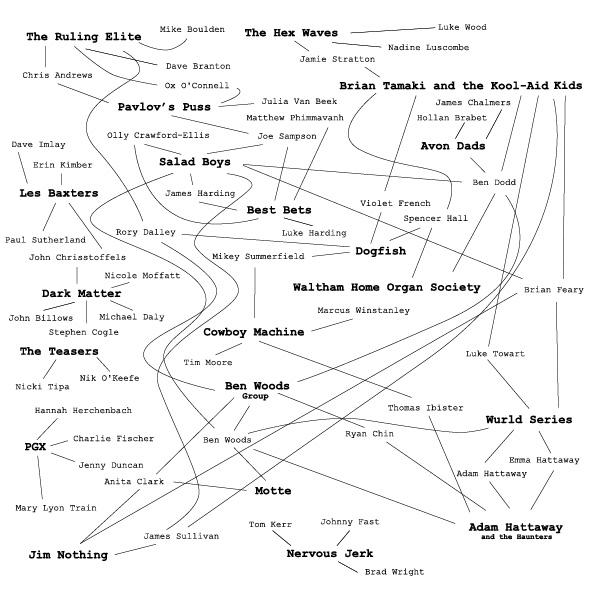 And the humble audio cassette tape is now -  thanks to Melted Ice Cream - playing a big part. Over the last eight years the label has released some 30 albums and EPs on cassette. It's a musical format that's clearly having a niche revival.

The cassette's heyday was the Seventies and early Eighties, as a cheap, portable alternative to vinyl.  Then it ushered in the selfmade mixtapes, the format of choice for independent musicians wanting to get their work direct to the street.

These days websites like Bandcamp do the same digitally, so why is the indie cassette tape back?   Next Wednesday Melted Icecream is hosting a night of live music as part of the Christchurch Arts Festival to celebrate its eighth birthday.   The label's boss - and producer and drummer - Brian Feary talks to Mark Amery about bands like the Best Bets, T54, Terror of the Deep and the Ben Woods Group.   The Better Living 2019 event takes place at the Town Hall's Avon Room this Wednesday.

Today's drama is an acclaimed solo performance from actor/writer Renee Lyons.  After reading on the internet the story of Nick Chisolm, the young architect who suffered a stroke and what is known as 'locked-in syndrome', Renee was inspired to develop this work for the stage.

The result earned her the Chapman Tripp award for best performance of 2013.

Renee plays a huge cast of characters in her stunning adaptation for radio of Nick: an Accidental Hero.

Artist: Wally and Theresa
Song: Are you my boyfriend
Composer: N/A
Album: The Music City story
Label: Ace
Played at: 1.44

Artist: Terror of the deep

Artist: They Might Be Giants
Song: I'm your boyfriend now
Composer: Linnel-Flansburgh
Album: Cast your pod to the wind
Label: Idlewild
Played at: 3.58