Red painted bicycles zip-tied to the fence along Lake Taupo.

in the lake, & you say to yourself get a room as you bite your kebab, step closer

to the red painted bicycles zip-tied to the chain fence.

Up close, you notice that some are missing pedals, a seat, a chain, one is a child's bike,

with a basket, all of these bikes have been ridden by someone, before they lost their pedals,

you have never met,

before they were painted red.

*This poem was written in response to the terrorist attacks at the Masjid Al Noor Mosque and the Linwood Masjid Mosque in Christchurch on 15 March 2019.

12:35  The role of theatre in healing traumatised communities 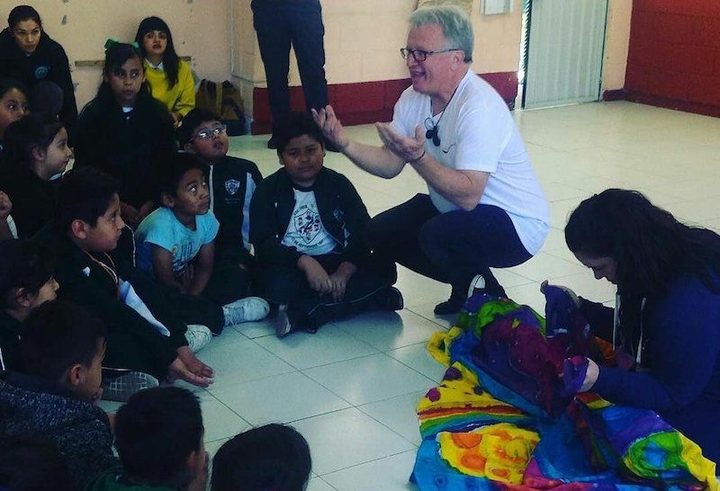 Tomorrow morning hundreds of Christchurch children who spent hours in lock down on Friday afternoon will return to their classrooms after the Mosque shootings.

There will be trauma teams and councillors on hand, but an international authority on using theatre to help marginalised and vulnerable communities, Professor Peter O'Connor, says the arts also have a vital role to play in helping children - and adults - make sense of what's happened.

Peter teaches theatre in psychiatric hospitals, dementia wards and disaster zones, and he's offered his help to schools in Christchurch and to a Muslim School in Auckland.

For the past 8 years Professor O'Connor has worked  closely with many traumatised Christchurch students, and their teachers, following the earthquakes.  Lynn Freeman asked him about his concerns in the wake of the latest tragedy: 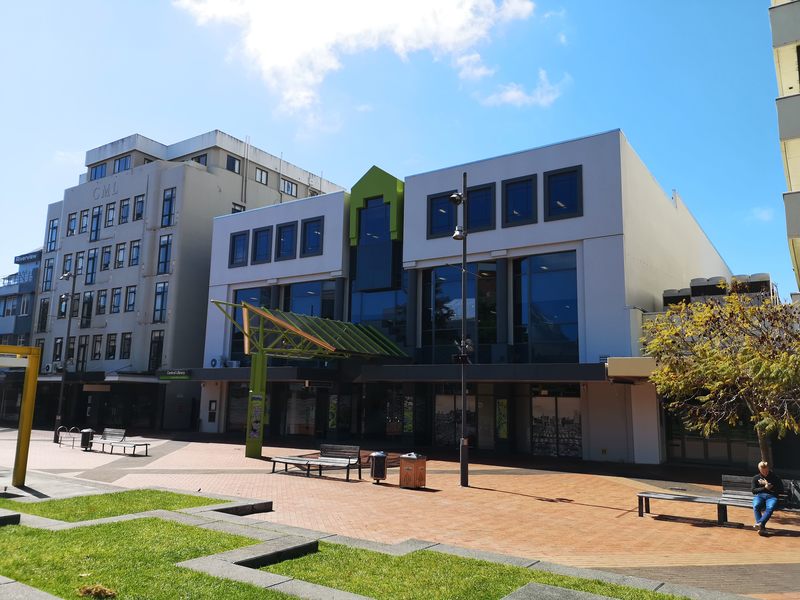 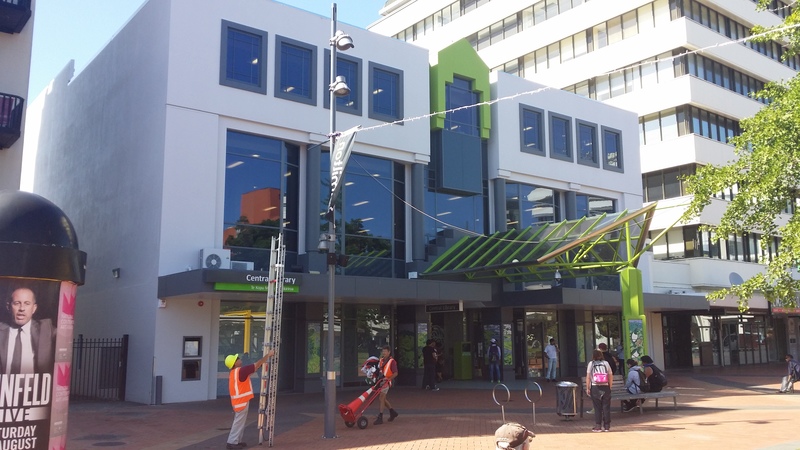 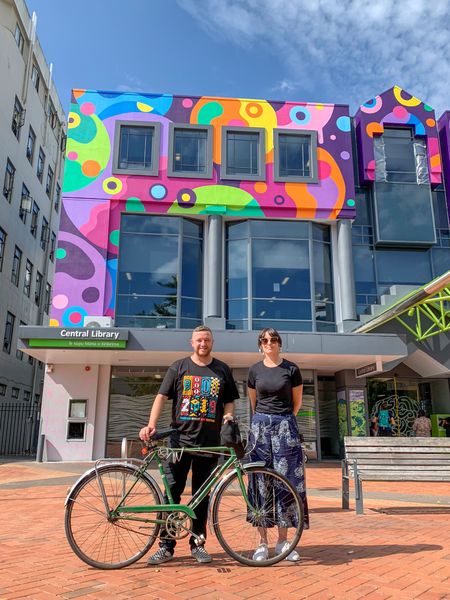 Finished work with craig and rebecca

Since it started in 2015, the festival's street artists have painted several dozen walls and buildings around the city - with the city council's blessing.

WOMAD 2019 is one of a handful of large scale events that opted not to cancel in the wake of the Christchurch Mosque shootings. It is after all a festival about inclusiveness and celebrating diversity.

Simon Morris reviews Captain Marvel, If Beale Street Could Talk and The Price of Everything 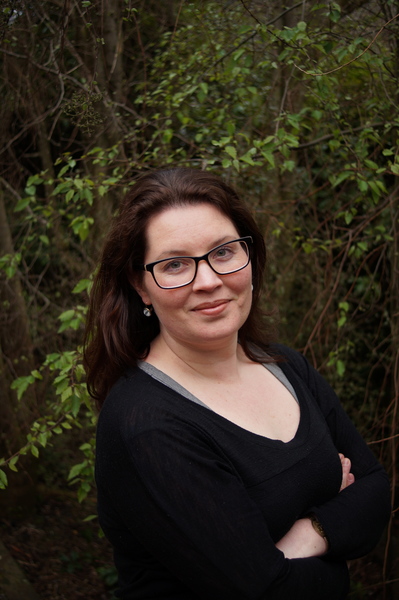 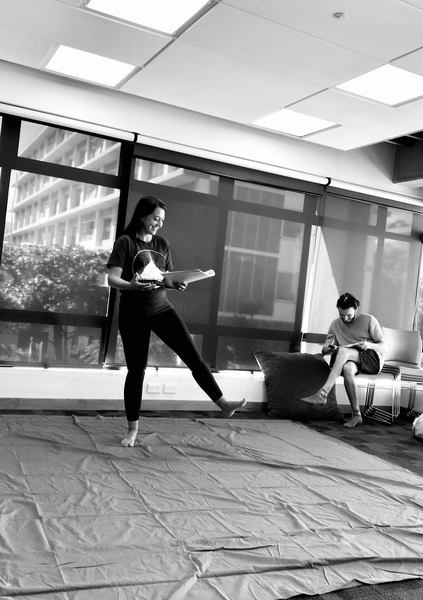 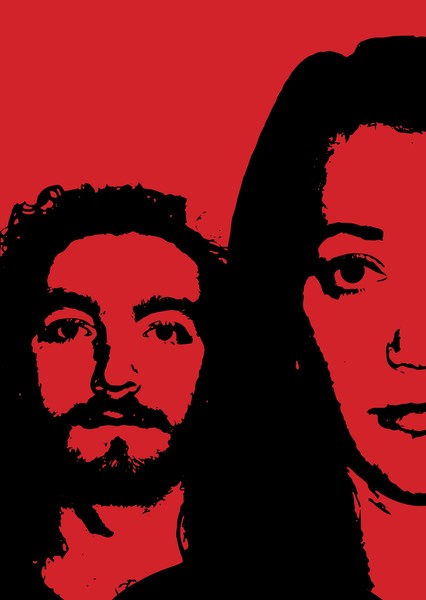 Otago University's 2019 Burns Fellow Emily Duncan is working on a memoir as well as premiering and directing her play Le sujet Parle as part of the Dunedin Fringe Festival.

That's a huge workload - but add into the equation a rare medical condition and you realise just how determined she is.

The script goes back to 2014 when it won a Playmarket award for young writers, and it's up for another one in its updated form.

It's the latest production by Prospect Park Productions that Emily co-founded in Dunedin 2016.  She tells Lynn Freeman that a memoir is a very different way of writing for a playwright:

1:47 New approaches to our arts grants 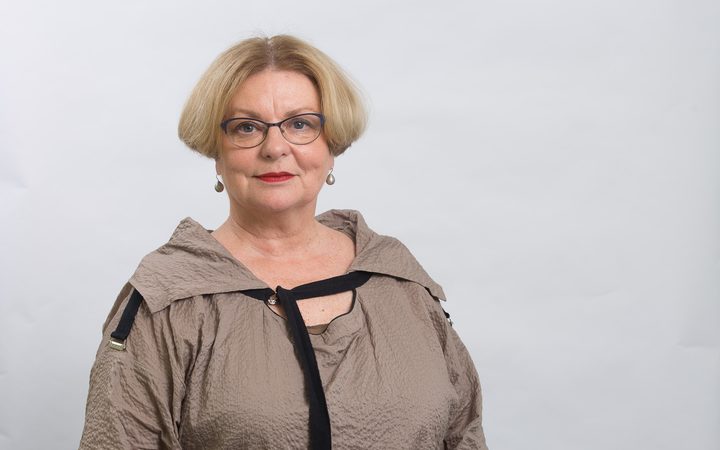 Quick Response grants used to be given out three times a year, awarded to artists who just wanted a small amount, and needed to have their application approved within five weeks.

Now they are being merged with larger arts grants and will only be given out twice a year.

And come next year, artists will be able to apply for grants of up to $150,000 for Year-Long Projects.

2:06 A History Award towards a book on the birth of Otago Museum 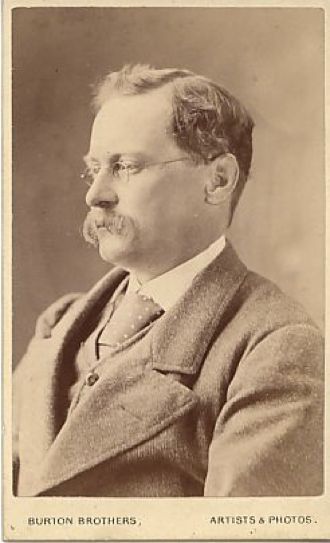 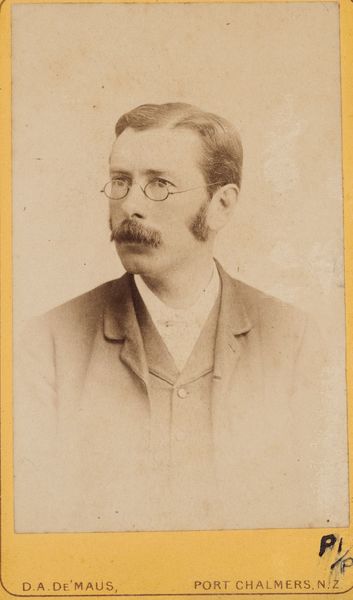 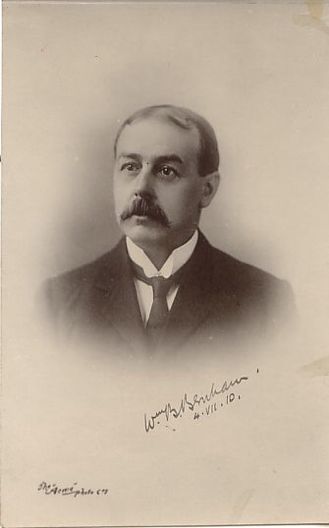 The Ministry for Culture and Heritage is spending more than 106 thousand dollars on several projects that include a new bilingual edition of a 19th century biography of Te Rauparaha, and Nick Bollinger's book about the 1960s and 70s counterculture in New Zealand,

Another of the New Zealand History Awards is for an account of the first 70 years of the Otago Museum by Dunedin writer Dr Rosi Crane who's got has a particular interest in the museum's first three curators.

She tells Lynn Freeman it was former soldier and Otago provincial geologist Captain Frederick Hutton who got the ball rolling: 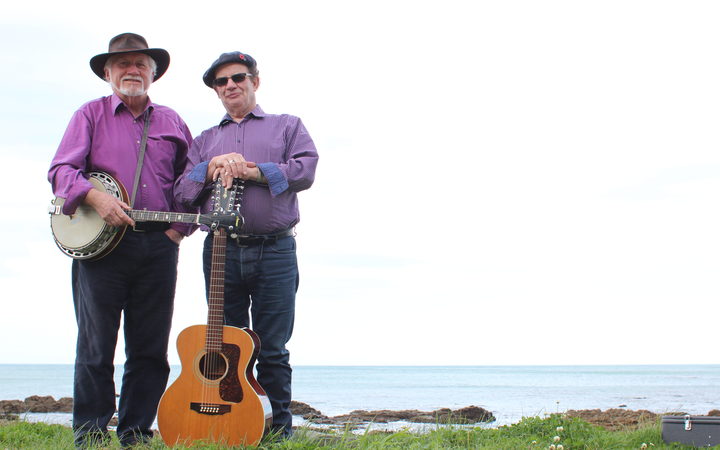 Duo Ktoo are packing their guitars, bass, ukuleles,  banjos, mandolins, guitars, harmonicas into their station wagon and heading to the South Island West Coast on tour.

They both have family links to the West Coast and now they've produced an album full of songs about the region's people, history and landscape.  Some are songs they've written, others, ones they've unearthed.

The two Kevins talk to Lynn Freeman about their connections to the Coast, on the eve of Ktoo's South Island tour early next month. 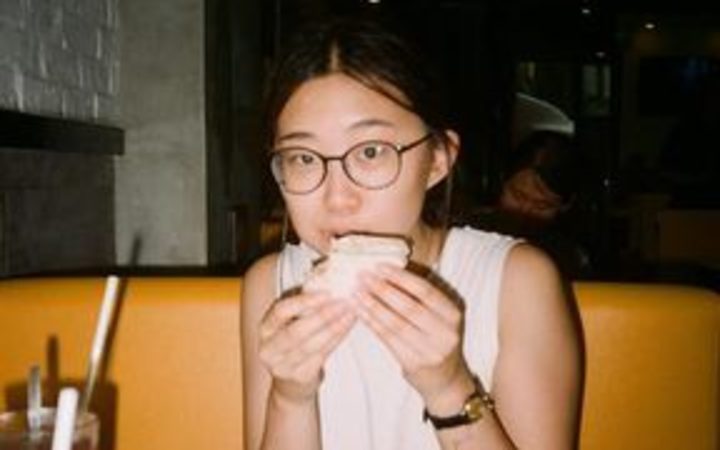 Hard-working, conscientious and fastidious - the popular stereotypes about Asian New Zealanders are about to be exploded in the debut novel from Wellington writer Sharon Lam.

In Lonely Asian Woman - published by Lawrence and Gibson - Sharon's protagonist Paula is in her mid-20s, in a relationship of sorts, and most definitely in a rut.

2.45 The Barber of Seville reaches a brand new audience 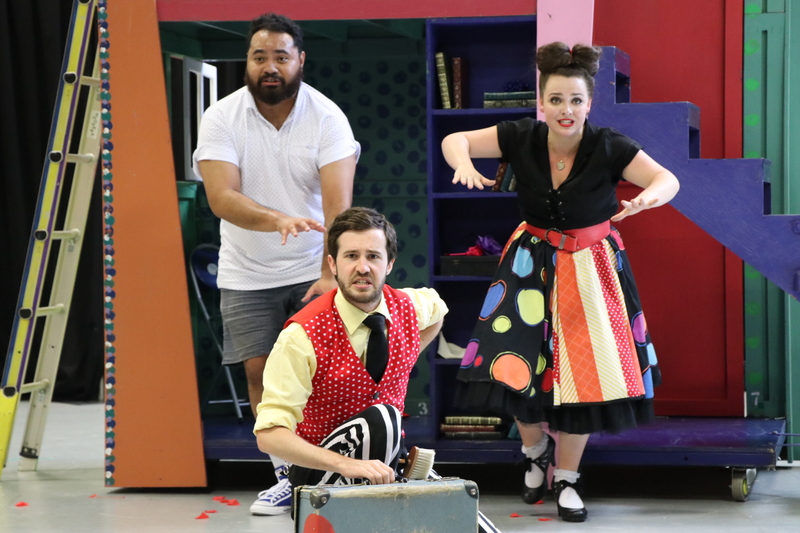 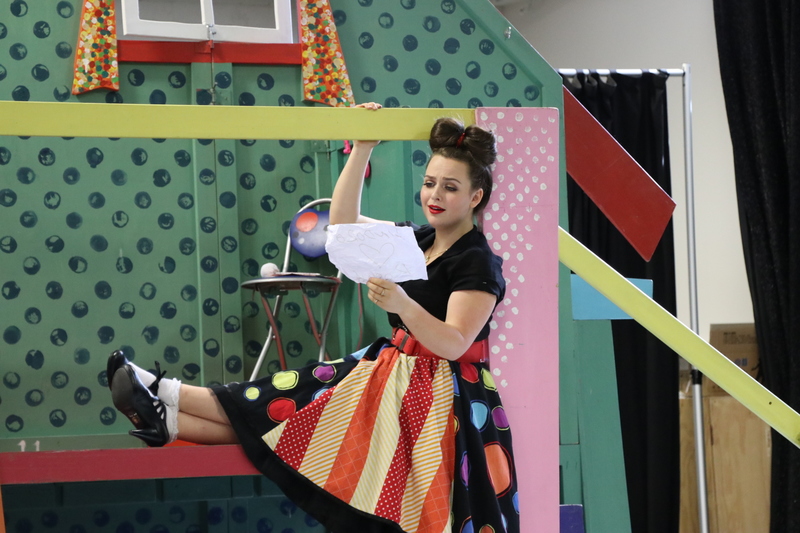 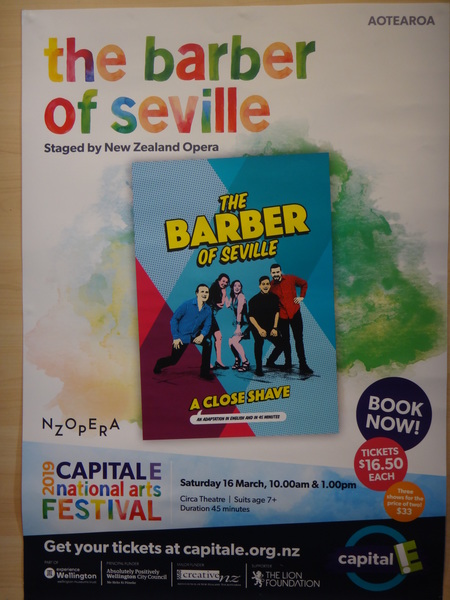 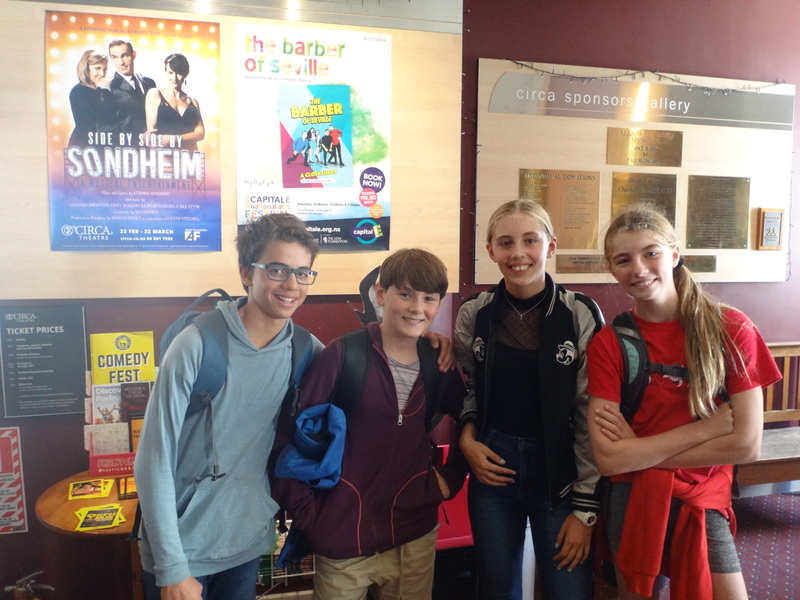 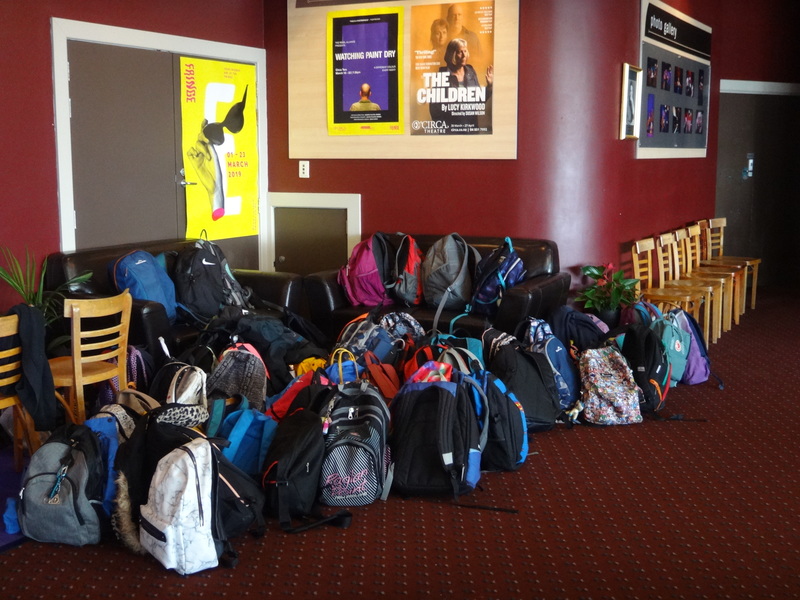 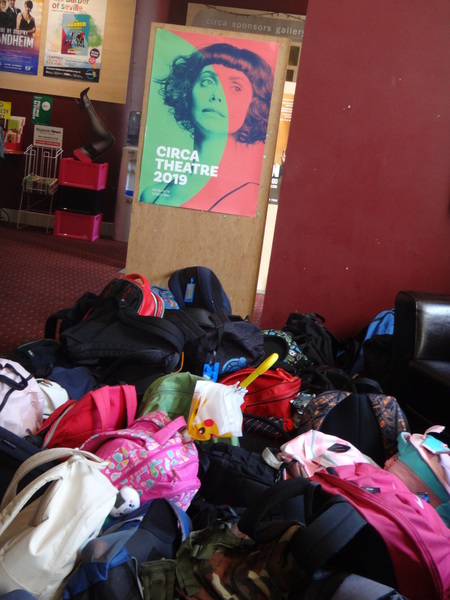 Getting children hooked on opera is the idea behind NZ Opera's touring school productions.

This year the company also staged two public performances of The Barber of Seville for young people, as part of the Capital E National Arts Festival in Wellington.

It's a short, English translation version of Rossini's famous comic opera, with a hardworking cast of five and a pianist, but the performers take it very seriously indeed...

Lynn Freeman went along to a schools performance to meet two of the leads, Pasquale Orchard and  Manase Latu.  And she also discovered what the young audience members made of the experience.

3:06 Drama at 3 -The Fall of the Shah and Appointment with Samarra

Further episodes of the BBC serial about the Iranian revolution, and Stuart Hoar's thriller about spies and nuclear testing.