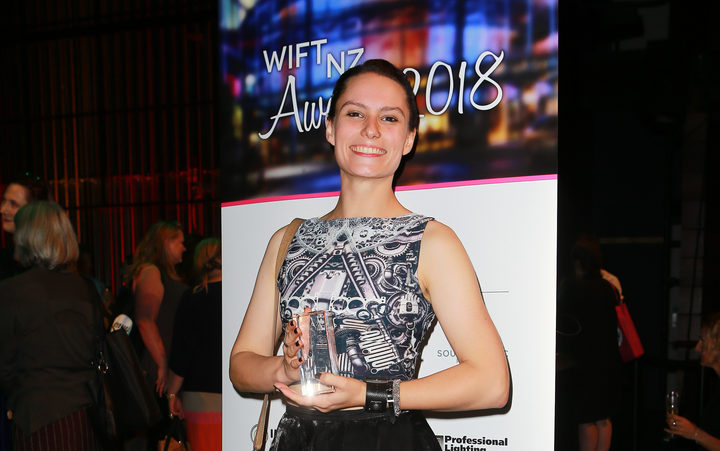 When the 2018 Women In Film and Television (WIFT) award for a "woman to watch" went to young screenwriter/director Casey Zilbert, you could be forgiven for not knowing her name quite yet.  That's unlikely to be the case for much longer.

Simon Morris caught up with the very busy Casey taking an hour off from post-production on her first film as a director. Casey - best known as the screenwriter for New Zealand musical Born To Dance - has several projects on her "to-do" list, including a feature film version of Hip-Hop-eration for the producers of the Pitch Perfect movies.

12:34  Australian living legend Reg Livermore is back on the boards 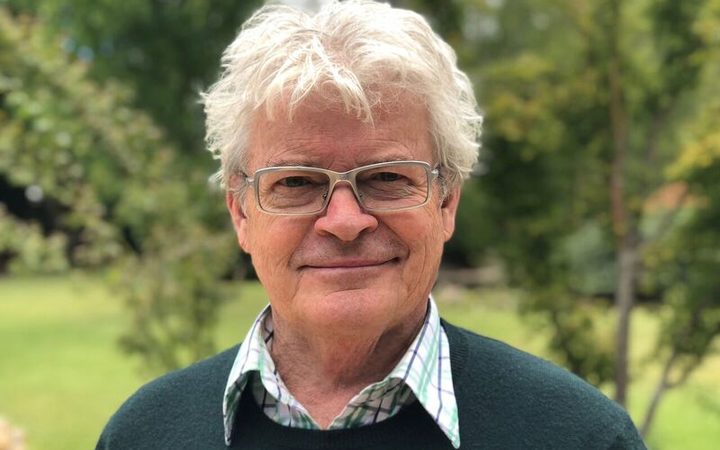 As part of the Auckland Festival, New Zealand Opera is about to stage a brand new production - a classic musical based on the 18th century satire by French writer Voltaire, Candide, written by the late, legendary Leonard Bernstein.

And Candide stars one of Australia's real living legends - Reg Livermore.   Reg has been a star there for more than 60 years, and he's best known as one of the first - and best - Frank N Furters in The Rocky Horror Show.   Most recently Reg starred in a famous production of My Fair Lady, produced by Dame Julie Andrews.

Reg is in Christchurch at the moment rehearsing for the opera, and Lynn Freeman talked to him about his long, eventful career. 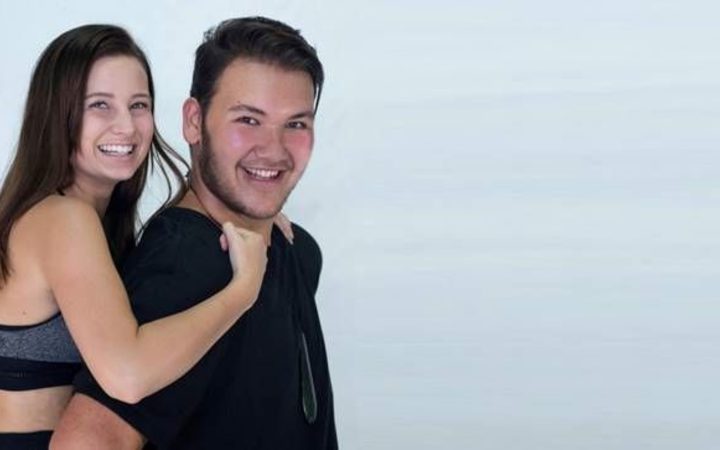 When news came out in January that the popular and long-running Stage Challenge was being canned, it was a blow to secondary school performers around the country.  The dance and drama competition had been going since 1992.

But now a new performing arts competition called Art In Motion (A.I.M.) is rising from the ashes, created by two Whangarei teenagers.  Jayden Rudolph and Teale Vint are both 19, work in Northland as dance instructors and choreographers and say being part of Stage Challenges changed their lives.

In just a few weeks Jayden and Teale have signed up eight schools, sponsors and industry support for the first AIM, with the finals happening in Auckland in June. As they tell Lynn Freeman, they have big dreams to see A.I.M. go nationwide.

1:32  The life and fashion of Bruce Papas 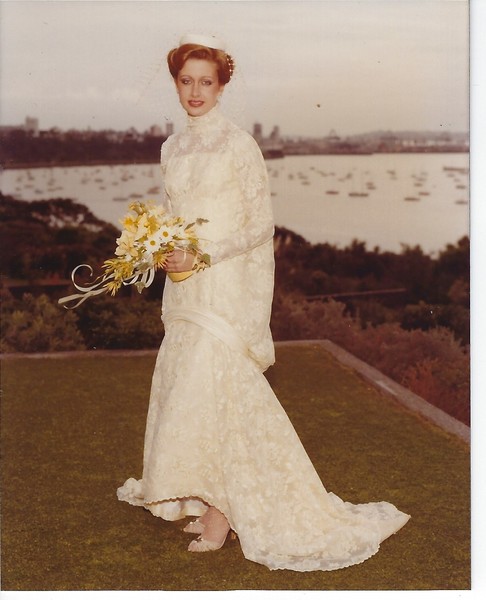 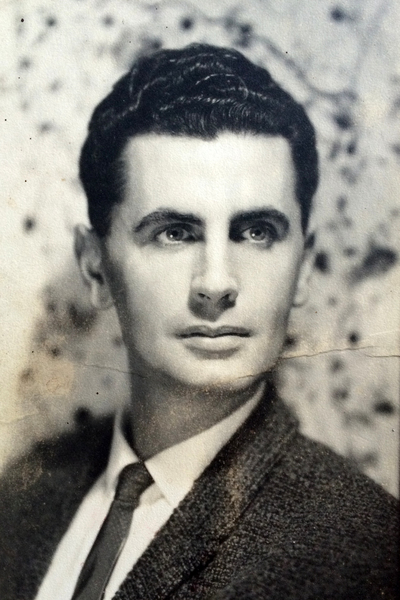 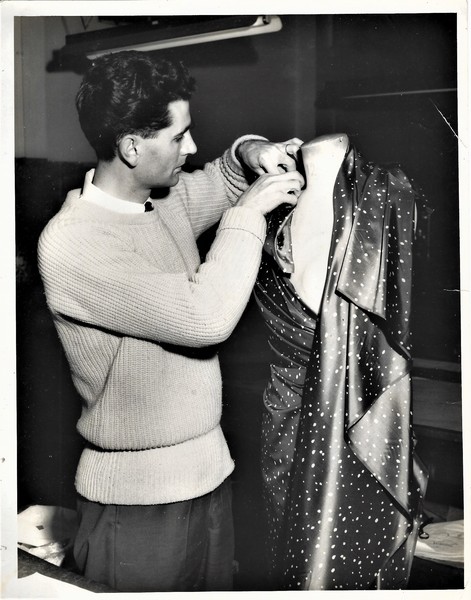 Bruce Papas draping a garment at Milne and Choyce circa 1957 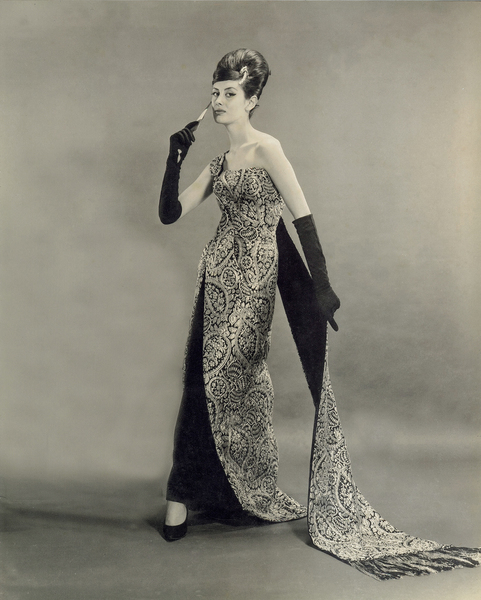 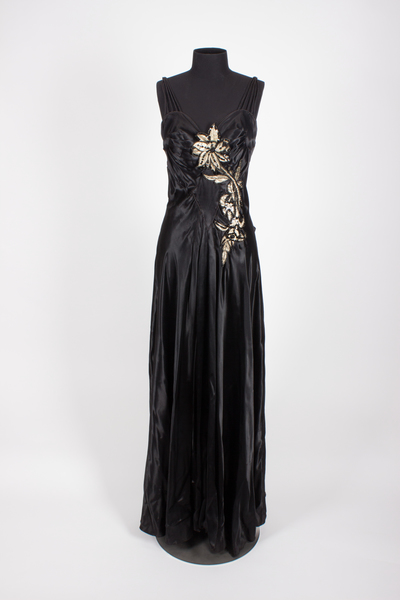 Bruce Papas was a genuine couturier in the early years of the New Zealand fashion scene, and his story and designs are being celebrated in an exhibition and book called A Certain Style: .

The New Zealand Fashion Museum's produced both, keen to remind us of Bruce's sense of designs, which didn't come cheap.  In 1961 he won the inaugural Golden Shears Awards with his Golden Peacock gown. The fabric alone cost more than 80 pounds, almost three times the price of most haute couture gowns of the time!

Lynn Freeman spoke to the Fashion Museum's director Doris De Pont and to Jane Groufsky who's Collection Manager, Human History at Auckland War Memorial Museum about Bruce Papas and his 50 years in the fashion industry.

A Certain Style: Bruce Papas opens on the 19th of March at Smith and Caughey's in Auckland.

1:48  An art gallery in Gisborne is going great guns 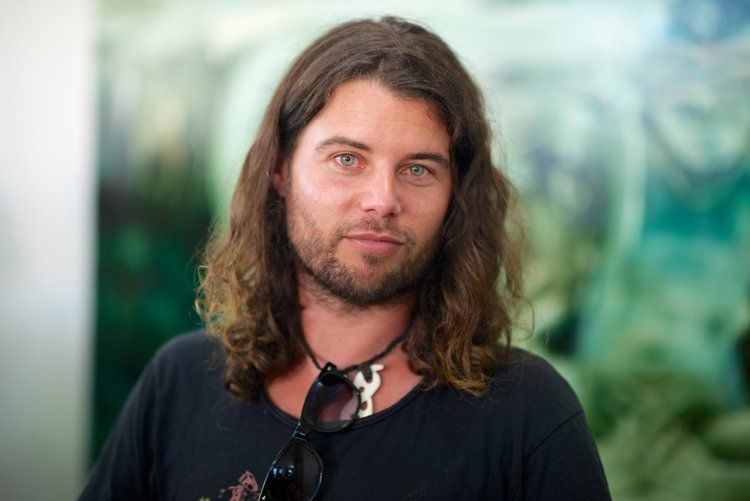 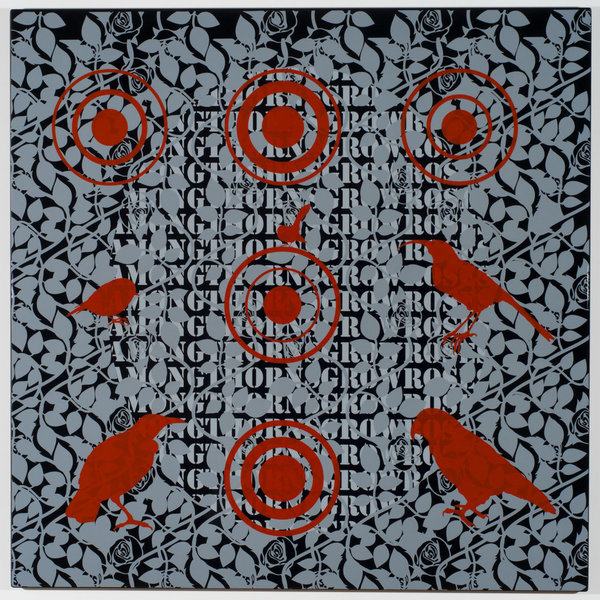 Robert Jahnke Nga Manu a Maui (The birds of Maui) 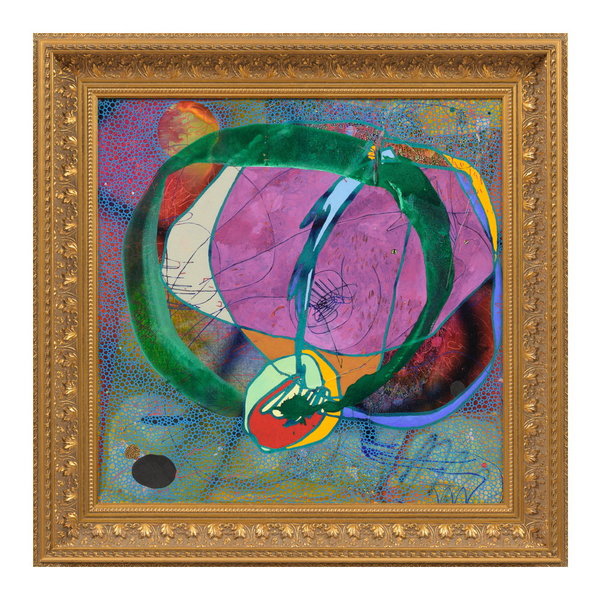 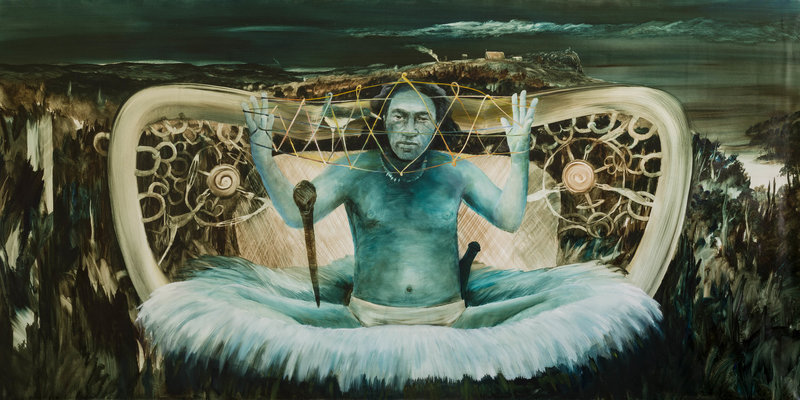 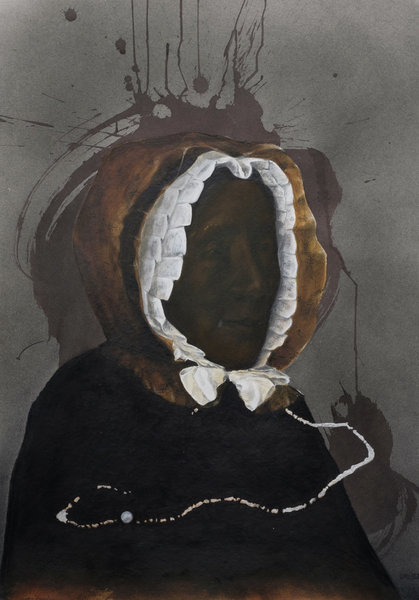 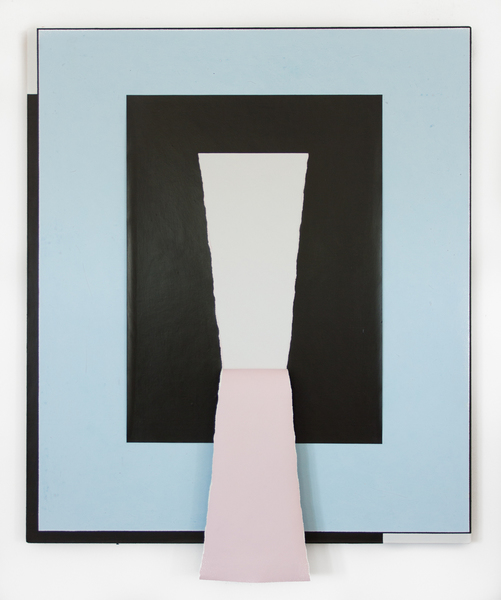 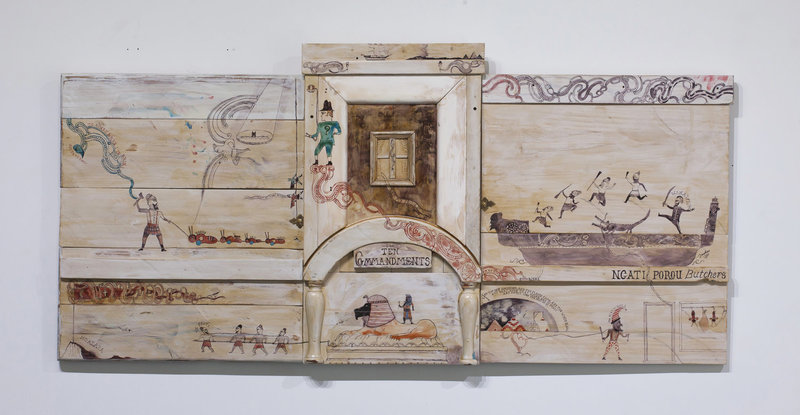 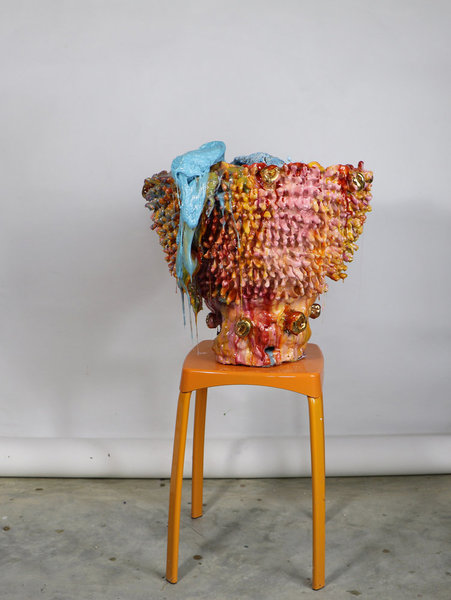 Nine years ago Matthew Nache established a small dealer gallery in the heart of Gisborne. From the start the art lover - and keen surfer - had an eye on the national and international markets for artists with a point of difference.

Matt thinks of himself as a collaborator more than a dealer, working closely with his artists on their work - people like Peter Adsett, James Ormsby and Robert Jahnke.

Lynn Freeman visited Matthew's gallery, Paul Nache, and discovered a small, well lit space, and a group show where international, national and local artists' works hang side by side. 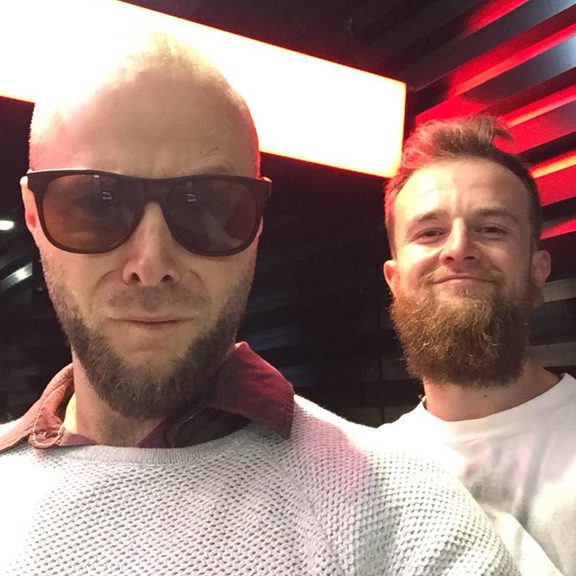 Where is it written that all New Zealand comedy has to come out of Auckland - or the other big cities?  People laugh just as much in a small-town pub as a big-city wine-bar.

This was the thinking behind two rising amateur comedians in Timaru.

Simon Robinson and Jesse Boyce have just opened the Timaru Comedy Club and plan to turn it into "the greatest comedy hub in New Zealand".

2:24 The digital magic of Ed Hawkins 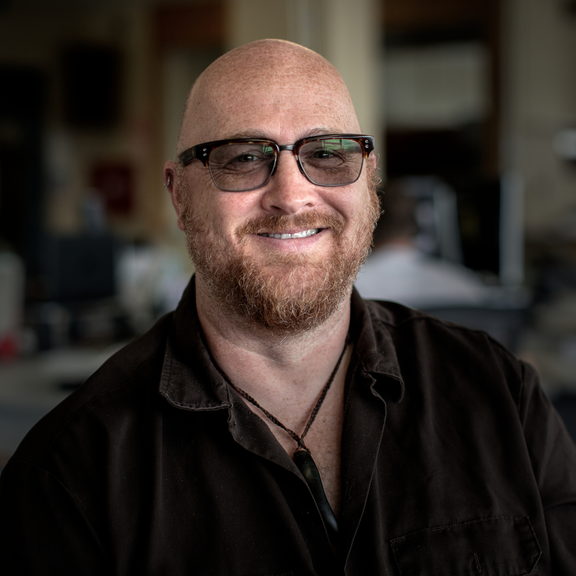 Visual effects man Ed Hawkins has his name attached to around 50 movies - but if you're not an obsessive credit-reader, his name might be new to you!  Ed was a digital compositor on The BFG, and he's worked on digital effects for Harry Potter,  The Jungle Book and Guardians of the Galaxy.

The British-born former interior designer switched to movie visual effects just as they started to take off in the early 1990s. Now he's teaching the next generation at the College of Creative Arts at Massey University.

Lynn Freeman talks to Ed Hawkins, particularly about his new project.  He's working with The Naked Samoans on their first venture into performing magic.  As new magicians they may need all the help they can get from Ed, who's used to creating mind-blowing effects on screen and on stage.

The Naked Samoans Do Magic premieres on the 22nd of March at the Civic as part of the Auckland Festival.

2:37 Poet Vincent O'Sullivan's new novel All This By Chance 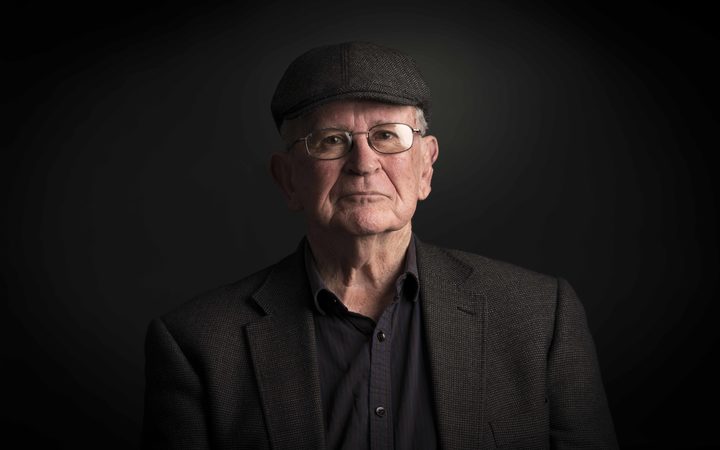 Writer and editor Vincent O'Sullivan published his first novel Let the River Stand in 1993, his second - Believers to the Bright Coast - in 1998.

He's kept us waiting for another two decades for his third novel, All This By Chance.

During that time Dunedin resident Vincent has been busy editing, and publishing short stories and poems, and was the New Zealand Poet Laureate for two years.

Now he brings his trademark lyricism to this new novel that spans around 60 years and follows three generations of a Jewish family burdened by secrets.

Lynn Freeman talks to Vincent O'Sullivan about the novel, inspired by the Holocaust.

All this by Chance by Vincent O'Sullivan is published by Victoria University Press.

2:49  A Fringe Festival challenge: create an album in 12 hours 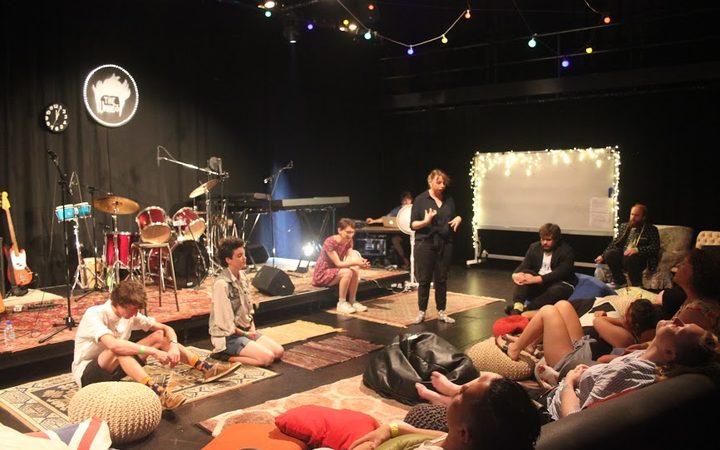 The Beatles famously recorded their first album in just one day, but at least they had the songs ready to go. Wellington group Play Shop want to go one better, to create an entire album - 12 songs - from scratch in exactly 12 hours. In other words, a song an hour, from bright idea to finished track.

How to Write an Album in 12 Hours is a New Zealand Fringe Festival show, and Play Shop's musicians, improvisers, and writers start work at midday on Sunday in front of a live audience.  Producer Sam Irwin comes to the studio to update Lynn Freeman on the project's progress, and maybe share the first of the album's tracks.

A young upwardly mobile lawyer gets the break of his life, or so he thinks, when he is asked to defend the woman who has attempted to assassinate the Prime Minister.

Artist: Fiona Apple
Song: Fast as you can
Composer: Apple
Album: When the Pawn
Label: Epic
Played at:3.58