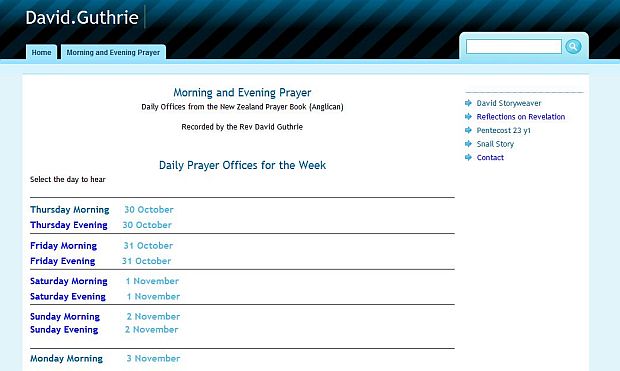 If you want to say your daily prayers or read the Bible, but don't have the right books, the Internet has an answer for you... 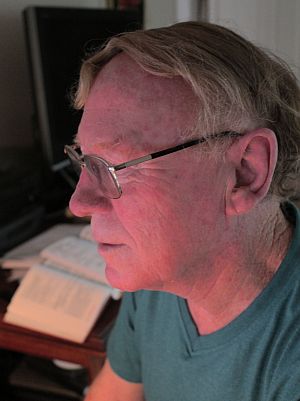 After being a priest for many years, David Guthrie lost his faith. But after he survived a life-threatening disease, all that changed.

Today David runs one of the world’s few “on-line” prayers and readings from the Bible services. Every day thousands around the world tune in to David’s voice on-line to hear the regular daily readings, as prescribed by the Anglican Church.

I went to talk to him about all this and found he’s a great story teller too.

In the late 1980s David says he reached a point where he simply decided there was no God. “I felt the world is just physics.” So he left his work within the church and started his own business, but then he was diagnosed with cancer, and was not expected to live.

David says the treatment for the cancer made him catatonic, his business failed, and then all he could do was listen to classical music and reflect on the nature of death. Soon he decided to write a book, about death.

“It was going to be non-fiction but somehow it turned into a novel. And it ended up being about people finding their faith again. I hadn’t planned it that way. But as I was writing, I was rediscovering my faith too.”

David says he began to discover what he calls Grace, and he has now found a new model of God. He agrees physics and Grace may not seem compatible, but he can walk between them, and one illuminates the other. He says his beliefs have taken the fundamental fears out of life.

David has now recorded on-line a two-year cycle of daily prayers, and most of the Bible. As a young father he used to make up stories for his children at bedtime, about the lives of three snails, called “Inc, Onk and Xx//xx”. That last name sounds out a bit like an African Xhosa mouth click but with more spittle!

“I recorded some of those stories on-line too, because I wanted to preserve them for the grand-children, because I thought I was going to die sooner, rather than later."

The prayers and the stories of the snails can be found on David’s website.

All this recording and setting up on line has been a labour of love for David Guthrie. He gets no payment for it. But he clearly enjoys it all, as, he says, he does his life. Now.