Eco, Shrouds and Life Beyond

If you fancy being buried somewhere a bit green and pleasant, with a nice native tree on top of you, you’re out of luck if you’re an Aucklander.

There is no eco-burial site in the super city, but that all may change sometime soon .

The Manukau Memorial Gardens is looking at setting aside about a hectare of land for such a site, and Gardens’ boss Noelene Mudgeway has taken me there to have a look. It’s a bit scruffy at the moment but it’s a great little spot really, bordered on two sides by a meandering creek, and a new lake. I can even see some native bush hiding amongst the weeds. Noelene is not sure whether trees could be planted actually on top of each grave site but she’s looking into it.

Around the world there’s a growing demand for natural burials, where there is no embalming of the body and the graves are shallow, so aerobic bacteria can get to work. Wellington’s had a proper site for years at Makara. According to New Zealand’s Natural Burials Website, New Plymouth has the only other site that it recommends in New Zealand.

Meanwhile funeral companies who want to promote natural burials are coming up with new twists on old ways. Deborah Cairns from the State of Grace Funerals in Auckland wants to keep everything sustainable so she promotes the use of shrouds, or winding sheets. She’s got a range of silk shrouds in stunningly beautiful colours; orange, gold and bright green. Deborah also has nicely-built moulded-ply shroud carriers, like flash stretchers.

All this may be a little academic, though, if one believes in Life after Death and that heaven awaits the departed souls of the good. The body left behind on Earth is unimportant.

In Rotorua there’s a great gang of men and women, all in their retirement years, who get together each week to cheerfully build their own coffins. It seems each one of them has a different opinion on what happens after you die.

“After you’ve gone, your spirit is the memory you leave behind in other people”
“I believe I’m going to meet my maker and all the other members of my family who’ve already died, will be there too. Oh, maybe not  my brother!”
“I think Heaven is the good times you have on earth and Hell is the bad times.”
“My spirit goes off somewhere nice, but I don’t know if I’d call it Heaven”
“Nah. There’s nothing after. Just turn out the light and that’s all”

Gallery: Eco-burials and the Coffin Club

See also Way To Go by David Steemson, looking at some of the new choices in coffins and funerals. 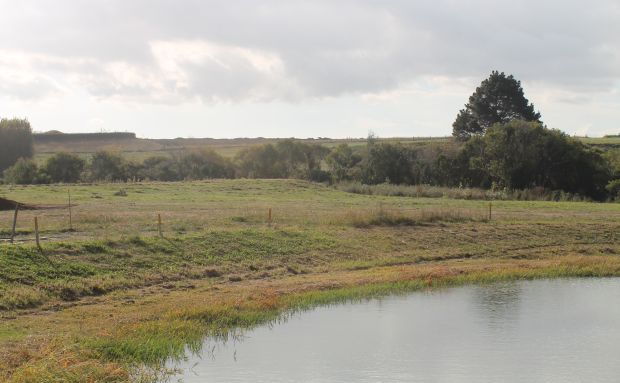