The Wreck of the Orpheus

HMS Orpheus, a Royal Navy corvette that served as flagship of the Australian squadron, approached Manukau harbour on 7 February 1863 through a series of dangerous sand bars. The weather was clear and sunny. Orpheus carried an out-of-date chart and the ship proceeded according to this chart in spite of warning signals from the shore. Soon after one in the afternoon, Orpheus hit the bar. 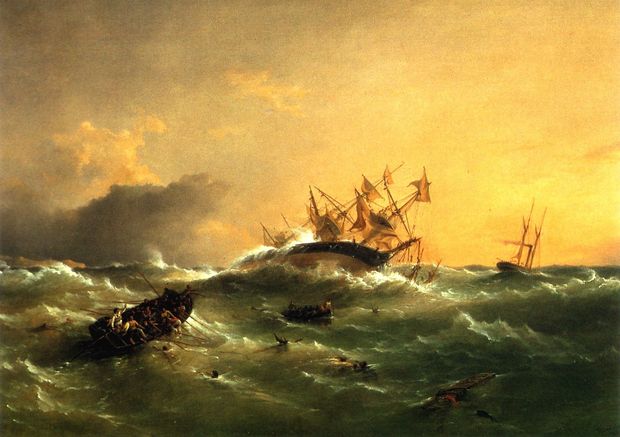 The force of the surf soon caused the corvette to swing around, exposing its port side to the waves. Hatches burst open, cabin windows shattered, and Orpheus began to take on water. The crew attempted to abandon ship, but the power of the sea's surge made escape extremely difficult and many sailors were swept away. Of the 259 naval officers and men aboard, 189 died, including the squadron's commodore - the greatest loss of life of any shipwreck in New Zealand waters. This feature by maritime historian Wade Doak, produced by Alwyn Owen, marks 150 years since the tragedy. The programme was first broadcast in 1972.