The Subliminal life of Christchurch’s Homeless

In a city centre wracked by earthquakes, and ruined by demolition, the homeless do not conveniently disappear. James invites Spectrum to join him at home in his ‘upmarket’ squat, to see how he lives a life of ducking and diving below society’s radar. ‘It’s a subliminal existence’ he says. 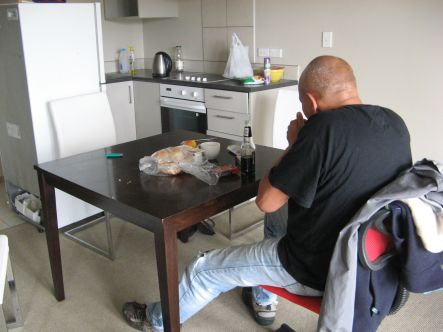 James rarely eats at home in his 'red stickered' squat in central Christchurch.

In the security of a Salvation Army soup kitchen we meet his friends, and hear how earthquakes affected living on the streets when central Christchurch became a dangerous wasteland and is still largely empty 2 years on. Vagrants and squatters have never had such choice...or such surveillance.