Three Men in a Model T

One Hundred years ago three intrepid motorists found the New Zealand equivalent of the ‘north-west passage’. In 1912, Arthur Chorlton, Ernest Gilling, and Harry Richards drove their Model T Ford Roadster along the seemingly impassable tracks of the King Country and pointed the way to main road travel between Wellington and Auckland. Journalist Arthur Chorlton wrote an account of the journey which was dramatized for radio in 1964. To mark the centenary, Jack Perkins reconstructs this epic adventure. 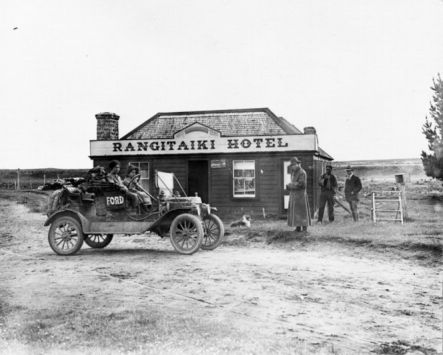 South of Taupo, the rain and mud is yet to come. (Courtesy National Library) 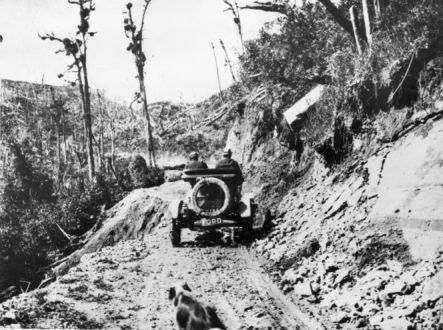 The expedition left Wellington in November 1912, estimating a couple of weeks to reach Auckland. It was plain sailing until the real adventures began when they struck rain and mud in the largely uncharted central and northern King Country. Folks who had never seen a car before, a drunken Irishmen and attempted rescue from metre-deep mud by an ill-matched horse team, all conspired to defeat these motoring pioneers. But showing remarkable tenacity, the trio eventually reached the Queen City. 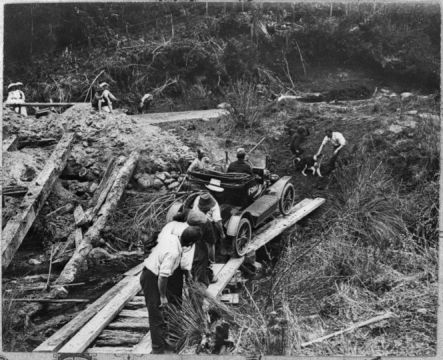 Crossing on a makeshift bridge in the heart of the King country. (Courtesy National Library)