Every Sunday for over three decades, the pleasing sounds of hissing stream, trains tooting and tracks clickity clacking, have echoed around Centre Park in the Auckland suburb of Mangere.  And if the sun is shining, so too will be the brass on the miniature trains that belong to the Manukau Live Steamers. 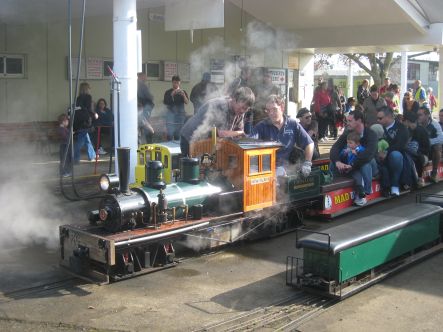 Started back in 1981 by local community leader Anne Massey, the club's first model train track was laid just two years later.  Based on the famous Raurimu Spiral in the Central North Island, the track climbs at a gradient of 1 in 60 and takes visitors across viaducts, around sweeping bends and through a 20 metre tunnel.  The second track, the Prairie Track, is a much more leisurely affair, allowing trains and their passengers to meander over a kilometre outside of the park. 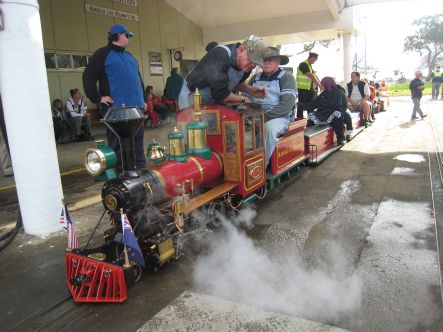 The club now boasts around 80 members and each weekend rostered drivers clip approximately 300 tickets, allowing adults and children to be pulled by a variety of steam, diesel and even battery powered engines.  However, come one of the club's two open weekends during the year and the numbers riding the rails has been known to climb into the thousands. Each engine is a labour of love, taking thousands of hours to build.  But ask a member if the hobby is merely a trainspotters obsession that takes place in backyard sheds, and you'll be met with a resounding no.  Club President, Dave Giles, says many of original children who enjoyed rides, are now bringing back their own families to experience the magic of miniature. 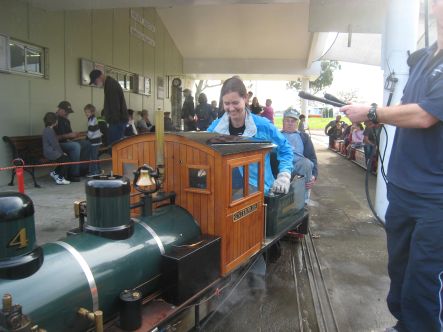 Spectrum's Lisa Thompson visited the club during Queen's Birthday weekend and found a group of model enthusiasts who like nothing better than to test out the pulling power of their locomotives with a full passenger load behind.