Putting the Kaibosh on Hunger

Since it began in 2008, Wellington’s non-profit food rescue service Kaibosh has saved nearly 100, 000 meals from ending up in the landfill and distributed them to charities. Spectrum’s Jack Perkins joins a team of volunteers as they rescue about 90kgs of fruit and vege left over after a Sunday market and follows the food to the Wellington City Mission. 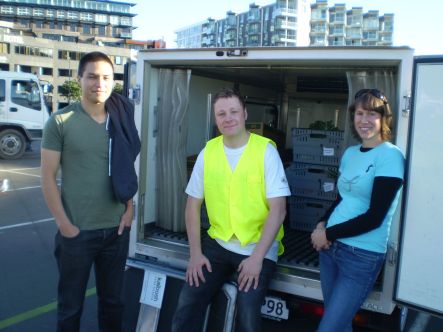 Robyn and George Langlands started Kaibosh in 2008, literally from their car boot and home fridge. Volunteers now transport food in a refrigerated van but Kaibosh is fundraising to build a chill room at their headquarters which would enable more food to be stored longer. 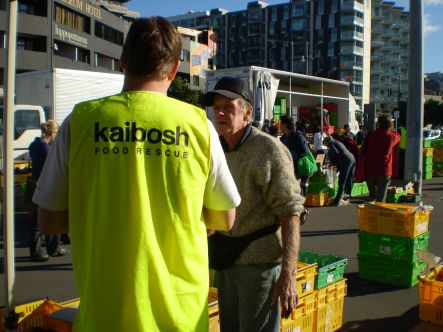 The Yiddish word kibosh, which means ‘put an end to’, supplied the idea for the name along with the Maori word for food – hence Kaibosh. 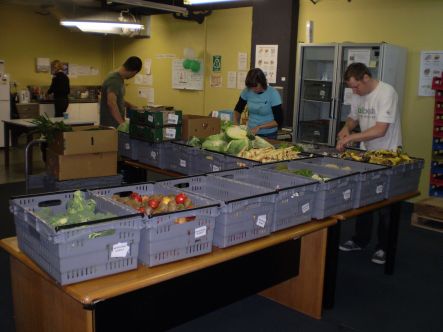 The sorted fruit and vege is delivered to the Wellington City Mission and other charities where it’s made up into parcels. One recipient has two children and is a beneficiary. All of her Domestic Purposes Benefit goes on rent, power, meat and dairy, so a bag of fruit and vege is a godsend. Even the slightly wilted and over-ripe can have a use. After all, blackened bananas are ideal for banana cake. 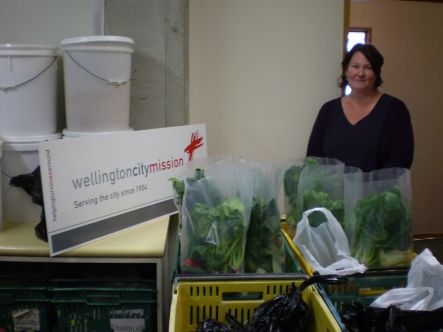