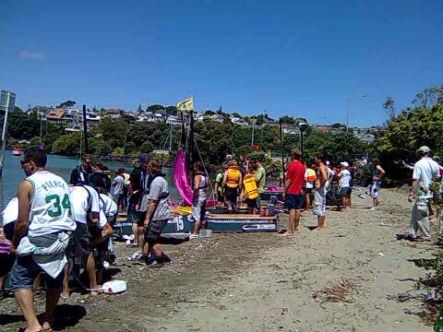 Each year, apprentices from the country's boat building companies get together to pit their skills against each other. They have to build a boat in two hours and then head for the water to race their new creations. Spectrum's been along to watch 16-teams of apprentices do their stuff in the 2010 Marine Trades Challenge, organised by the Boating Industry Training Organisation.

Westhaven Marina takes on a fair ground feeling for the day. Company families set up barbecues and beer chillers, and egg on their teams as they cut, hammer and grind to victory, producing nifty little plywood boats in the allotted time. Then the teams take to the Westhaven lagoon where noisy spectators are treated to guaranteed sinkings, collisions and the odd win-by-a-nose. 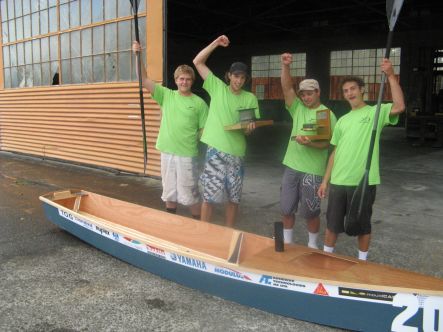 Winners of the 2010 Marine Trades Challenge