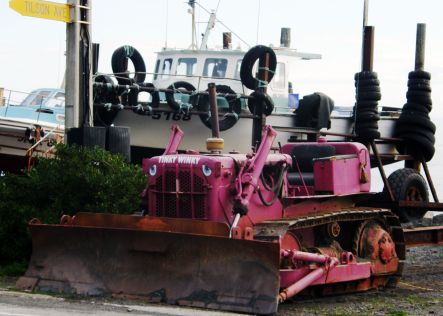 'They say there are three sorts of people in Ngawi,' said the man at the Fire Station Bar on Saturday night: 'permanent residents, bloody tourists and bloody weekenders! Maybe, but it's probably the weekenders and tourists who keep this remote and tiny fishing village of 30 permanent residents on the map!

Ngawi attempts to protect itself from Cook Strait's boisterous waters and winds in a tiny bay on the southernmost tip of the North Island, and shares its shoreline with the largest colony of Antarctic fur seals in the southern hemisphere and about 30 bulldozers! Weekenders or not, Ngawi still retains its distinctive character and characters: the sharp-shooting 'Sheriff' who used his rifle to keep the village safe one night, veteran crayfishermen with tales of shipwrecks, whisky and killer whales, the man who left his high-stress job in New Plymouth and now grows fresh PYO vegetables for the locals and keeps 60km of seafront rubbish-free.

The area was also home from the 13th to 17th centuries to small nomadic Maori communities whose garden enclosures are still visible and over 200 years ago Cook and d'Urville paid fleeting visits. 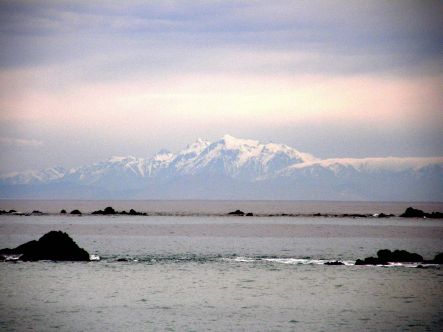