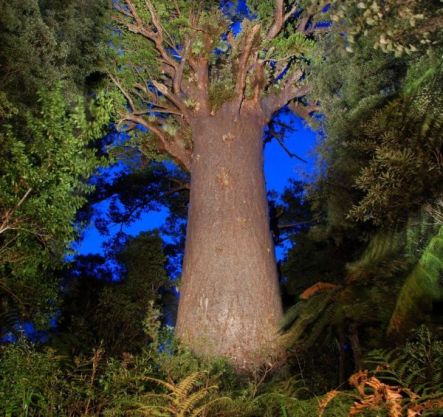 Koro Carman was a self described 'lazy twenty-year-old beer drinker, on the dole' when his dad kicked him out of Northland, telling him to go do something useful.

Fifteen years later, the charming Koro is back, running his eco-tour company Footprints Waipoua which includes a spine-tingling night-time visit to the giant kauri Tane Mahuta in the Waipoua Forest.

As the stars shine through the spreading branches above, tourists are treated to karakia and waiata from the powerful voices of Koro and his guides Bill and Tawhiri. Along the way, they learn a little about what the forest flora and fauna mean to Maori.

Koro says he started his company to create jobs for locals. He now employs over half a dozen and has expansion plans.