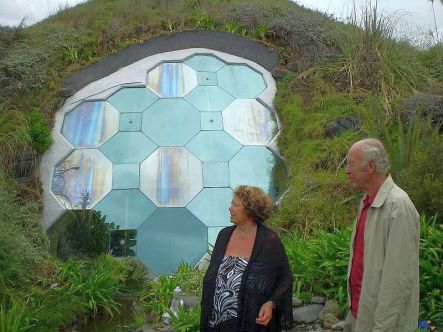 Fritz came to New Zealand in 1953 as one of more than 190 skilled Austrian tradesmen given contracts to build 500 pre-cut Austrian state houses in Wellington's Titahi Bay. He married Helen and initially the pair lived in a garage with a bucket toilet.

But Fritz's fresh, bold designs soon put the Eisenhofers on the ladder of success: The Jamieson House on Evan's Bay stopped traffic with its' distinctive 'folding' roof and Tustin House in Lower Hutt hit the headlines in NZ Home & Building in 1967 with its interior courtyard and pool with a sliding roof.