Images from the book Tangata Whenua: An Illustrated History, by Atholl Anderson, Judith Binney, and Aroha Harris (Bridget Williams Books, ISBN: 9781927131411), as discussed by Aroha Harris with Kim Hill on the programme of Saturday 20 December. 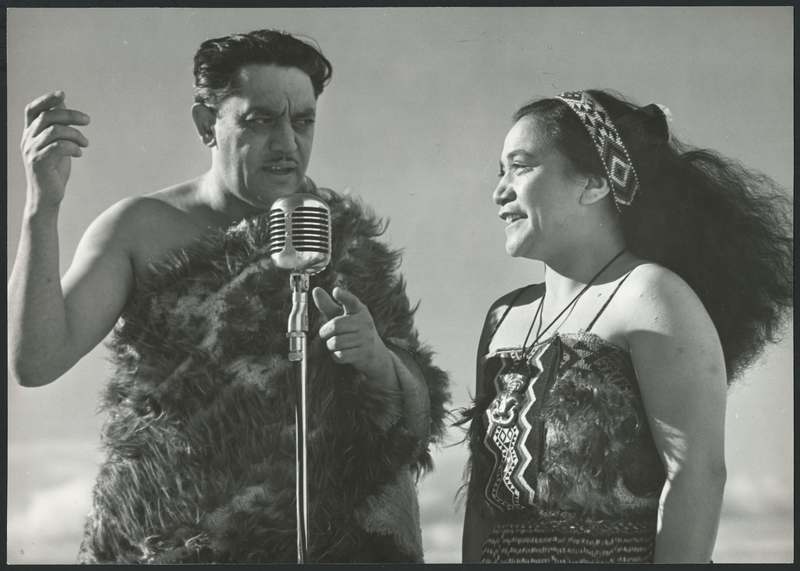 Acclaimed Te Arawa soprano Ana Hato performing with Oriwa Tahupotiki (Edward Oliver) Haddon in about 1940. Both performers were multitalented. Known to her whānau as Whaurua, Hato represented Rotorua at hockey, and was a member of the team that won the Auckland Provincial Cup in 1925. Haddon, a Methodist minister, pharmacist and broadcaster of Ngāti Ruanui, was also an accomplished artist and orator. Alexander Turnbull Library, PAColl-9832-1-04. p359 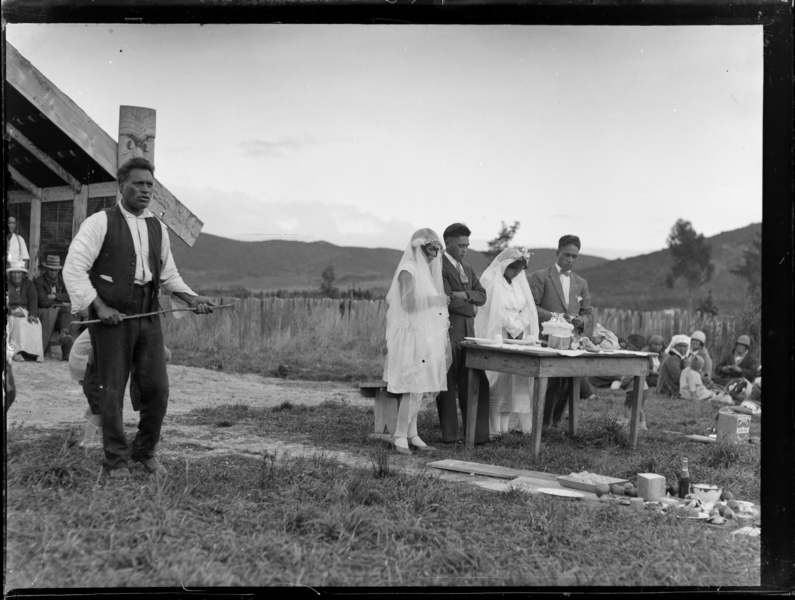 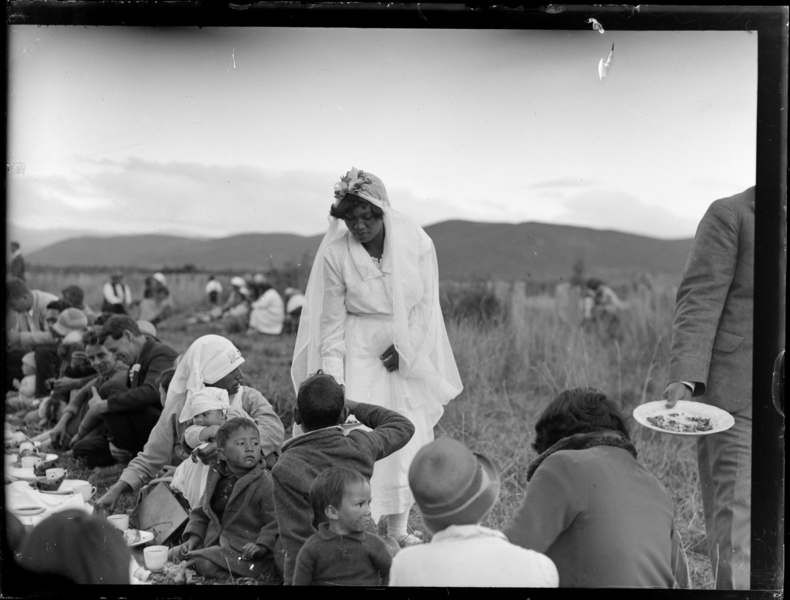 The marriage ceremony of Ruinea and Peter Rota at Kōrohe Pā, Lake Taupō, c.1930.The outdoor hākari was laid out in front of the whare on platforms fashioned from wooden planks. The banquet was followed by wedding cake served to the guests by the bride (dressed in white). Alexander Turnbull Library, WA-12469. p353 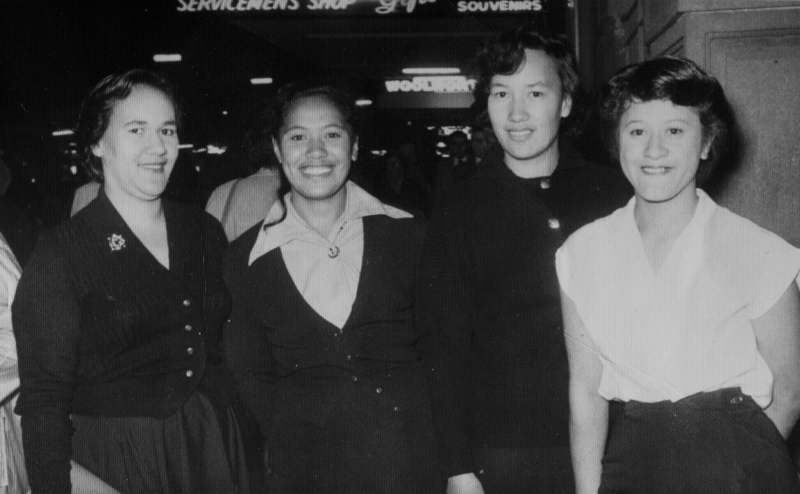 Sisters Elizabeth and Margaret Leef (far left and third from left) on a night out in Auckland city with their friends, c.1959. Private collection. p399 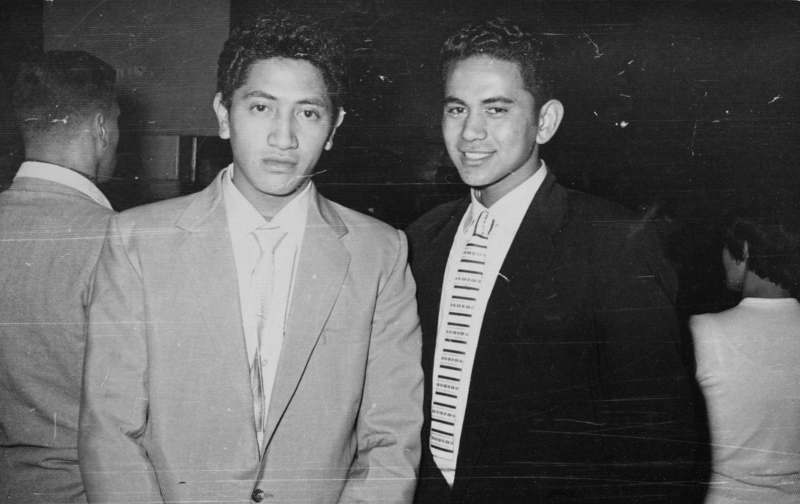 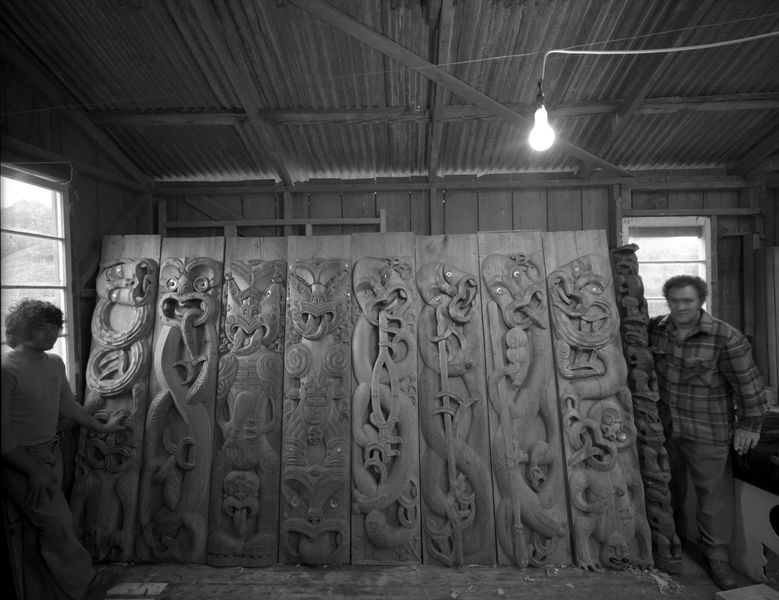 Developed from consultation with Māori communities and leaders, the Department of Maori Affairs’ Tu Tangata policy emerged in the late 1970s, and aimed to provide Māori with greater control over the development and implementation of health, education and employment programmes. These carvers at Motutī, Hokianga, in April 1982, were part of a Tu Tangata community project that revolved around the building of the carved wharenui, Tamatea. Photo: Laurence Aberhart/McNamara Gallery. p428 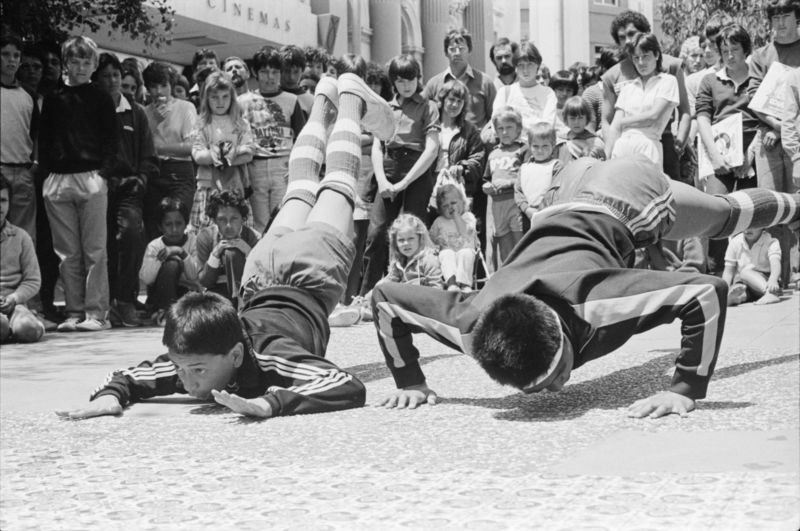 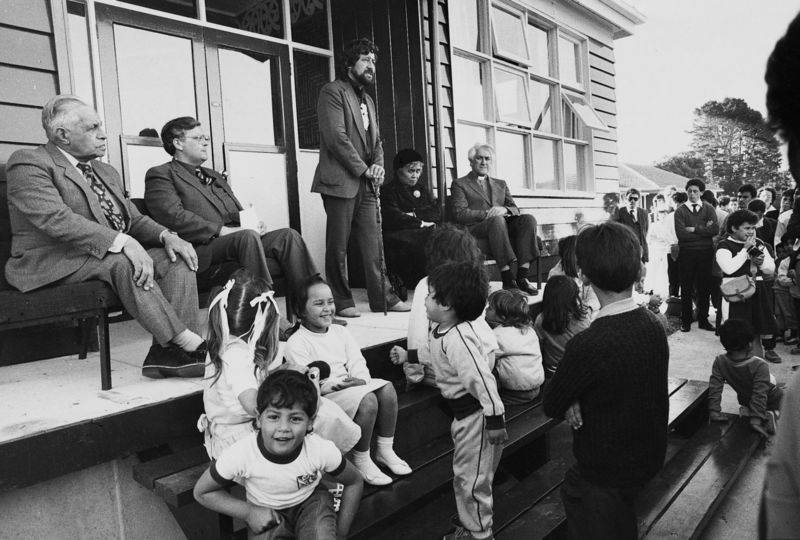 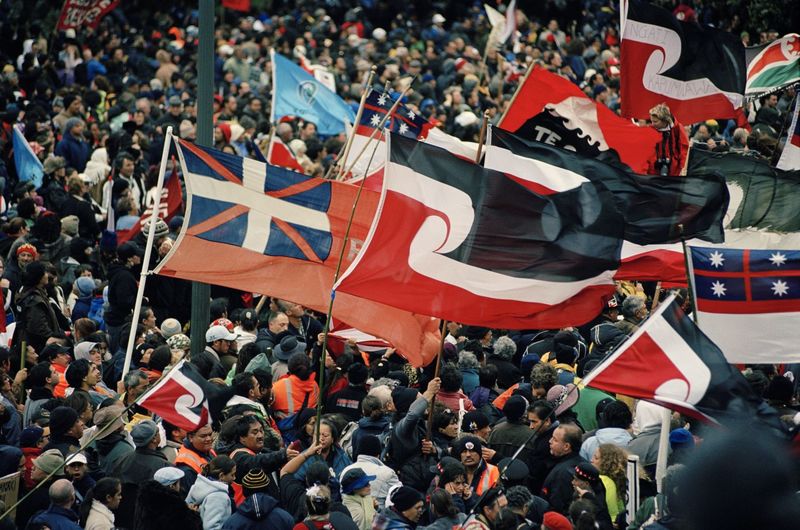 A host of flags accompanied the many thousands of marchers protesting against foreshore and seabed legislation in 2004. On the right is the first New Zealand flag; also prominent is the tino rangatiratanga flag, a flag of self-determination, designed in 1989–90. Photograph by Michael Hall. Museum of New Zealand Te Papa Tongarewa, MA_E.003515. p285